The latest update with weapons and maps. This includes both of the handguns of both sides, the Bransell LB50c rifle, the FIW88 and the epic dam map. 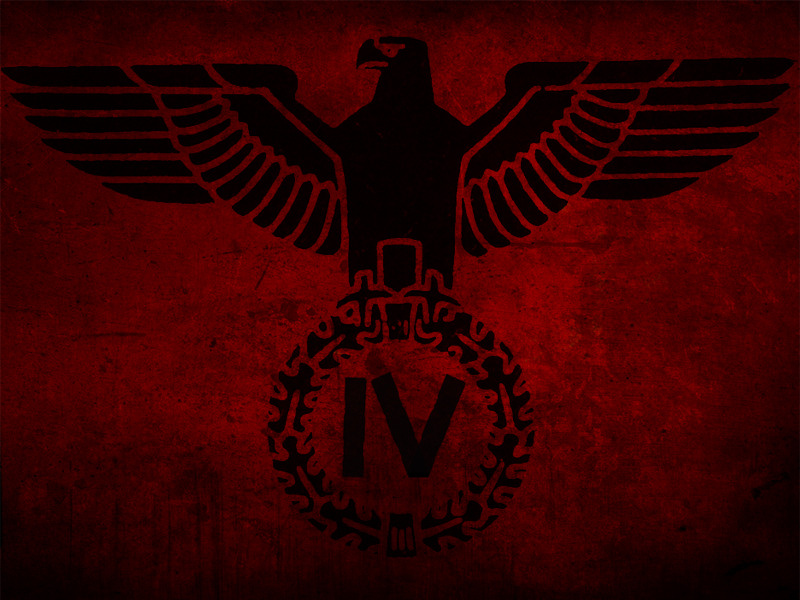 THE TBA CLASS IS DECIDED
Its going to be 'Enforcer' A fast class with an electrified blade, UDS and frags. Knd of the equal to the Fourth Reich gladiator.

Weapons:
Most of you would have seen the Kruger P09 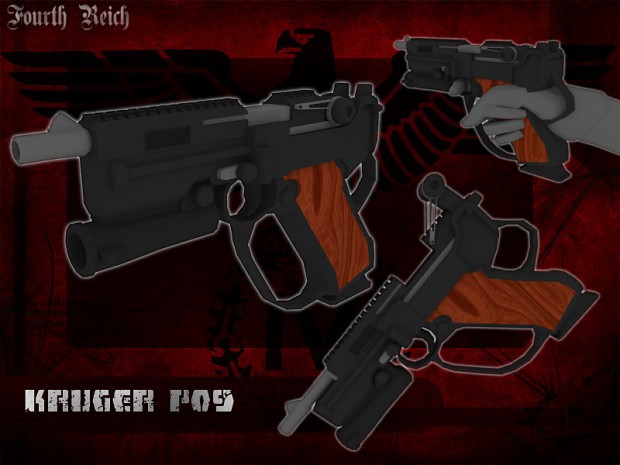 The sidearm for the Fourth Reich with an unlockable silencer/EOtech. 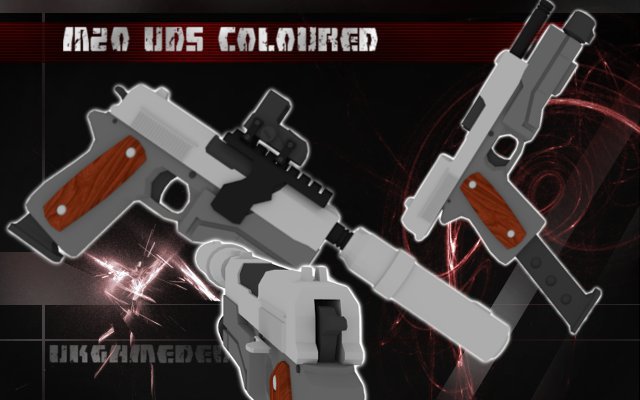 And of course the UDS, the UN sidearm.

UKGameDev has been working on the Bransell LB50c sniper rifle for the recon and this gone pretty well.

This has 5 50 calibre bullers, bipod, bayonet and an Infrared/Nightvision scope. A video of how it operates has also been made.


You may have also seen the FIW88 and heres another render of it, the main Fourth Reich assault weapon. The opposite of the VUG Mk2. 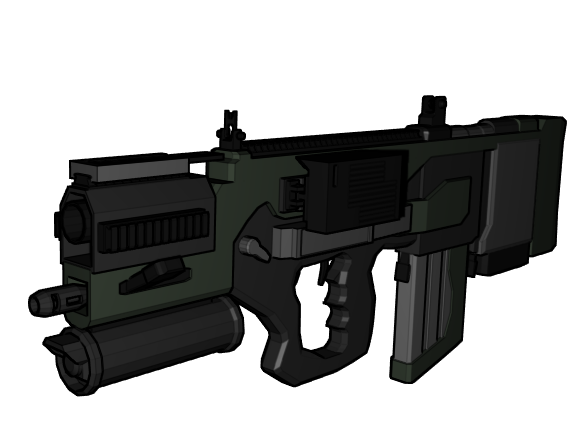 At the moment, the GreekDollmaker is drawing up more concepts for fourth reich weapons.

Maps
Its not all about weapons, no. We have some rpetty epic mapping to show off.

And this is just the dam map, the rest will be just as epic. When these are lighted and textured, they will be perfect for the game.

So far these are the maps made/planned:
City
Dam
Trainstation
Vegas
We will need to think up proper names for them like 'Brandenhurg Dam'

Voice actors:
Voice acting may be a part of the game so we might need some.
These are roles that need filling by voice actors.
UN voice-Male
FR voice-Male
Railway station intercom voice-Male/Female-During a game, the intercom will randomly say things like "Keep your belongings with you at all time"

And we still need more help!
We still need a character modeller, texture artist, UV unwrapper and now we need some more coders and music composers.

fantastic work guys! is it wrong that im as hyped for this as i am black ops? :D

I don't see anything wrong with being hyped for this mod! It's going to be great! Also, Black ops is going to be so much fun! can't wait for the zombie mode.

That mapping looks AMAZING! And Vegas?! This is gonna be epic

Very cool, but nothing new if you were watchig the latest uploads.
I've just noticed that the barrel of the Vug Mk2 ether is very short, or to mutch down, to have a straight line to the clip ofthe weapon :(

can't wait! looks really awesome. btw, how about Gerstenstein dam, or Kruger dam. Grunder dam? those are the names i came up with for the dam....if you need anymore names, pm or contact me

Saying we have so much talent we may possibly be proffesional developers pretending to be modders. ;)

Nah xD Well maybe the maps but not the models >.<