Changes in the next pre-alpha release and more backer reward ideas.

Hey folks , Back with another update ! I was wondering how people would feel about a $100 reward that included the following:

- Your name carved into a 'Founders' monolith in phonetic Arabic
- A print ready 3D Model of your choice from the Alpha. An Arabian Dhow,Ghul,Gazelle,Sand Cat,Crab,Founder's Monolith etc.(Something that the players can send to Shapeways or any other printing service).

What's in the next pre-alpha release ?

3D 'crosshair'
While not really a crosshair per say I have been prototyping a system, that will allow the player to see where they are aiming.

I've included some screenshots of the WIP Dhow with a placeholder material and the 'crosshair' system.I'd perhaps like to replace the debug sphere and line with a semi transparent hand mesh , possibly extending this idea later on to have the mesh change depending on the action that you can perform on objects etc.

The music and sfx are being contributed by a wonderfully generous and very talented musician in NYC , I think it will go a long way to increasing the sense of immersion felt by the player.

Let me know your thoughts :)

Best Regards and Much Love
MrNexy 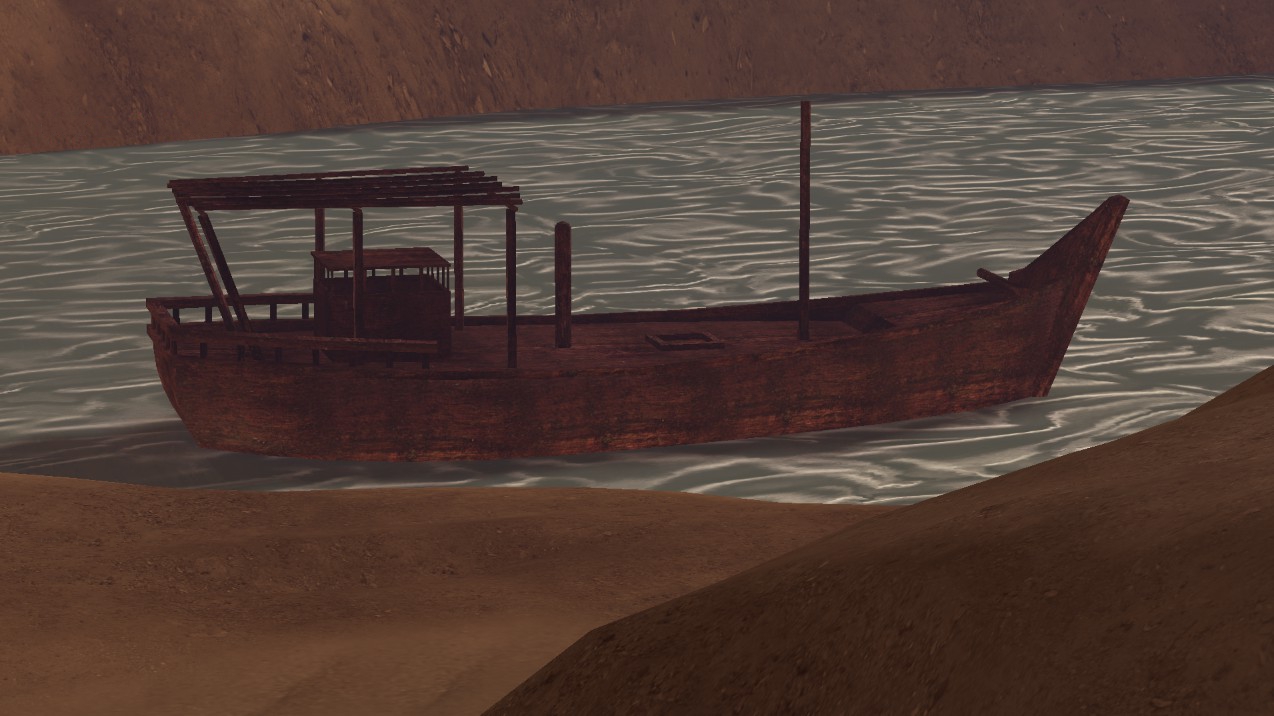 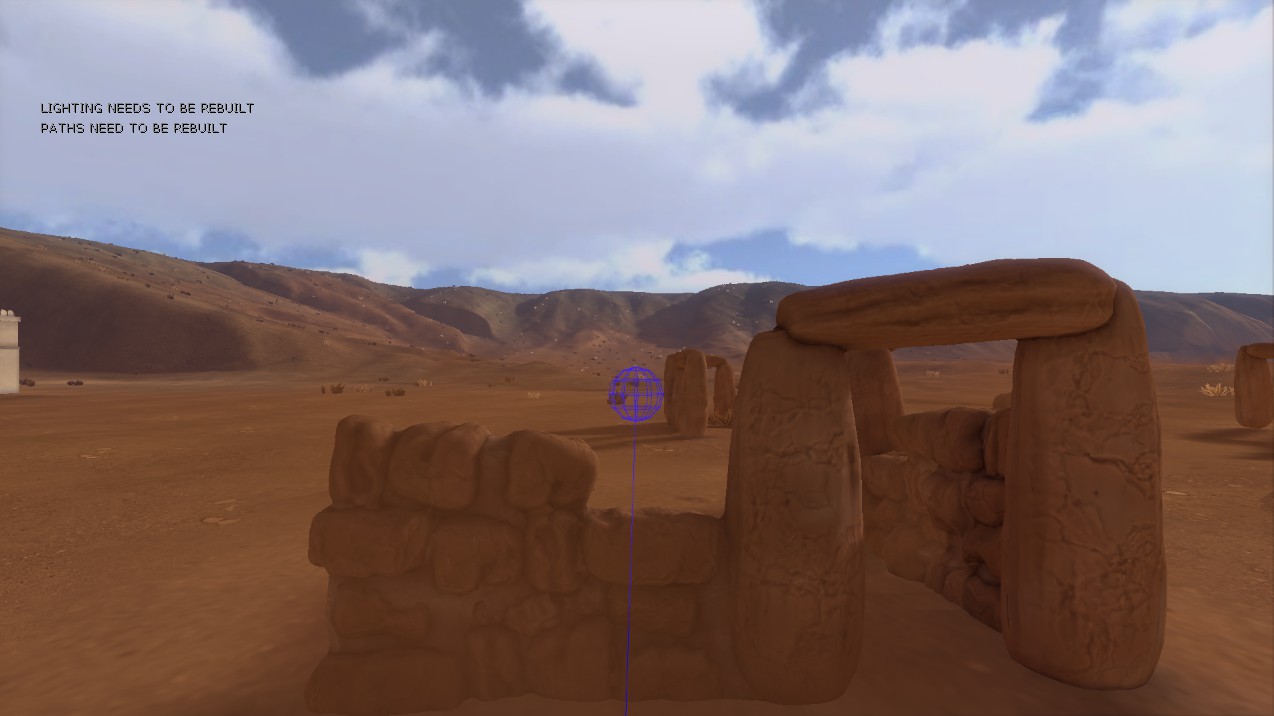 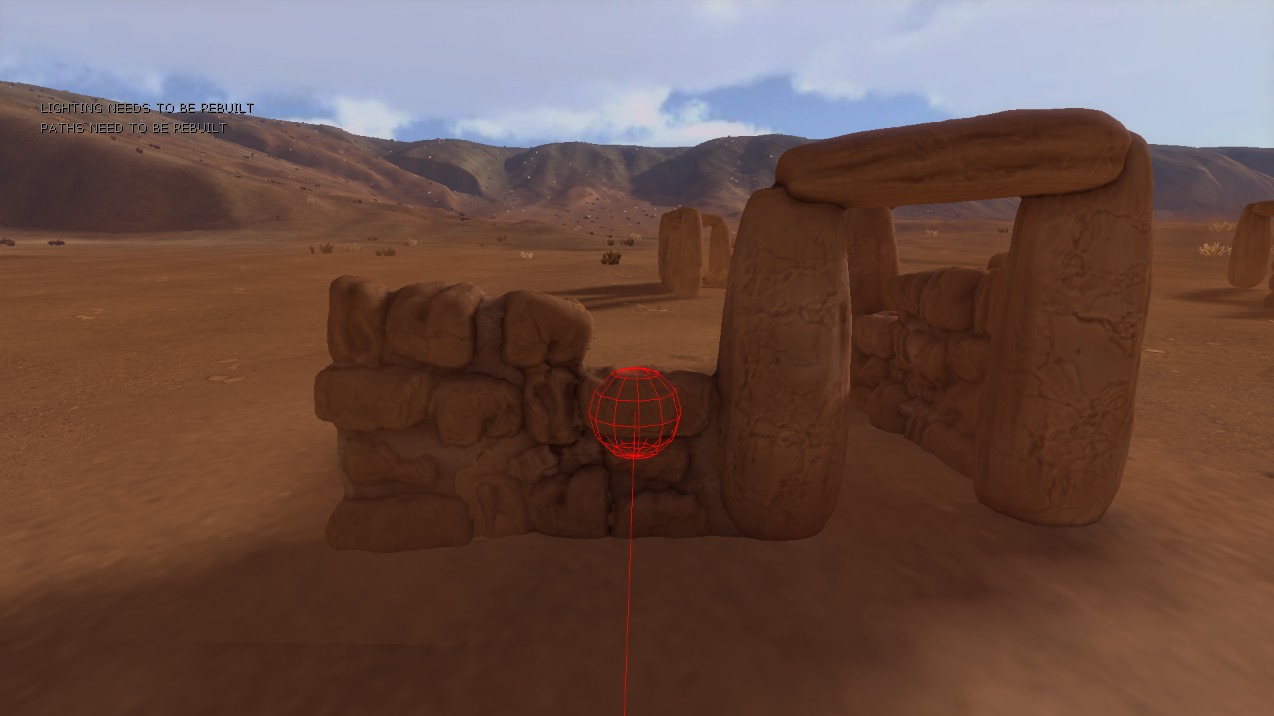