This is a short update on current work in progress, including some new information on mechanized and motorized brigade attachments.

Hello, and welcome to another update on the Arsenal of Democracy mod, 1964. Today, I will not be introducing alot of new material, but more or less encompassing some of the work done.

Regretfully, we have scrapped the Australia 1959 scenario. Despite completing the OOB (Order of Battle - aka starting armies) and and scenario files, I found that isolating the Australia campaign was not very high on the 'fun' factor. The lack of provinces and strategy involved in the scenario proved to be quite boring, especially against the AI. With a front that covers 4 provinces at its peak, there is little creativity involved.

This was not a total loss, however, as I learned alot about the creation of scenario files and was able to progress onto something more important: Working on the Grand Campaign map, the 1964 Scenario. I have finished the country files for some of the major countries, as well as some minor ones. Currently, Canada, Germany, the United Kingdom, the United Netherlands, and Hungary have fully completed country files (basically, the national/owned/occupied provinces) and their respective OOBs. Of course, when I say 'I', I mean I compiled the information that the rest of the team has helped get, and put it into usable code. (for progress, see Image 1 located below) 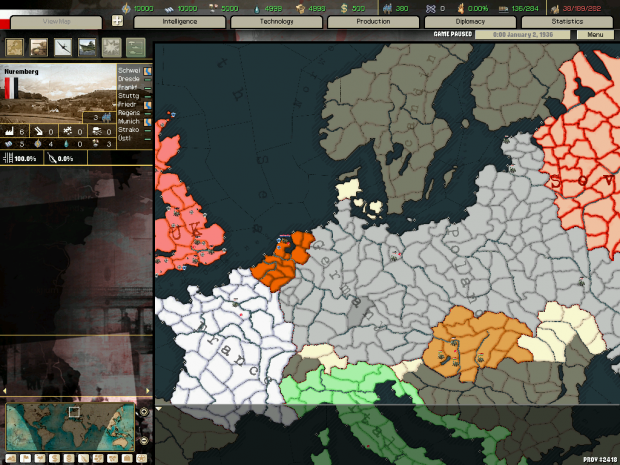 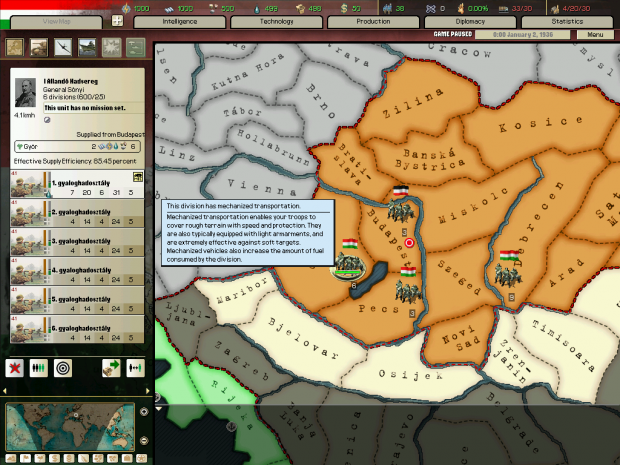 Looks excellent. oh and i didn't know that this MOD was for the new Arsenal of Democracy game. Excellent and awesome game by-the-way :)) so wish HOI3 was like Arsenal is, but ehhhhh. anyways, cant wait to try ur mod!

Sounds neat. What's the best place to start learning Hearts of Iron? The learning curve seems really steep. I've sunk hours into the tutorials and I still don't understand what you should do...

The best would be to ask questions on the forum, or better yet, learn it from someone else. I myself went on and off HOI2 about 9 times before I finally 'got' it. Then, I taught my mate how to play it in like... 30 minutes :p. Good luck!