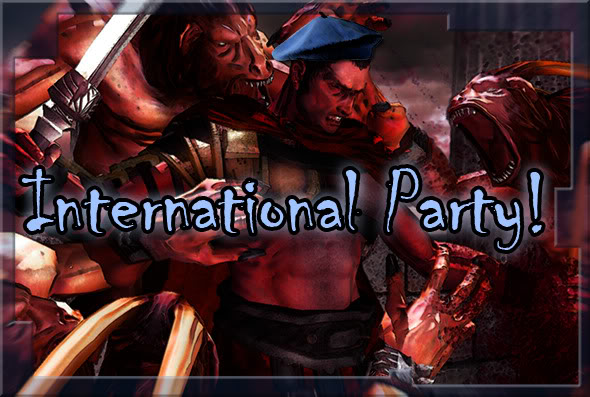 Not only does 1.52 have its own full version packages now (both installer and manual), but it now has them with the English, French, and German language files. Since the Euros are the biggest chunk of the fanbase for Underlord, I have no idea why it took two years for us to think to include the French and German language files with the installers. I mean, it's a natural fit, if you think about it, since Americans have French, fashistic nationalism, and a Germanic love for beer. ^^


I'd also like to take this opportunity to point our extra-nerdy players toward the development of an Underlord Primer, which will be used to inform and guide new players to the vagaries of Underlord gameplay.

The primer is in development over at TQNet, but those of you with ModDB accounts should feel free to contribute right here: Moddb.com

Google translator about your spanish text:
"Your countrymen have "tomorrow " tradducion too, and gone to include the date completed, and as you see, my tongue does not serve to make it myself. : ("

lol. It loosely says "your countrymen have "tomorrow'd" the translation too much, and now the deadline to add it has passed, and as you can see, my spanish sucks too hard to do it myself." :) The manana'd is kind of a joke, since the spanish are known to put things off, and when pestered to finish something, will often say, "tomorrow." ^^

No, that's Spanish. From Spain.

You know you're sorta beating a dead horse since I already confessed to speaking spanish badly, right? ;)

Report an error：
Underlord_1_52_M3_installer.exe program Levels.arc file has errors, the installation will be in the "Bloodborn" was stuck in a bridgehead can not.
The installation is not covered by 152_Full_Manual.rar the situation in the hope of amendment, thank you!

Thanks for the head's up. I'll see if Jiaco will fix the installer.