Starborne receives its first patch for the alpha test, containing much requested changes to the interface and more. 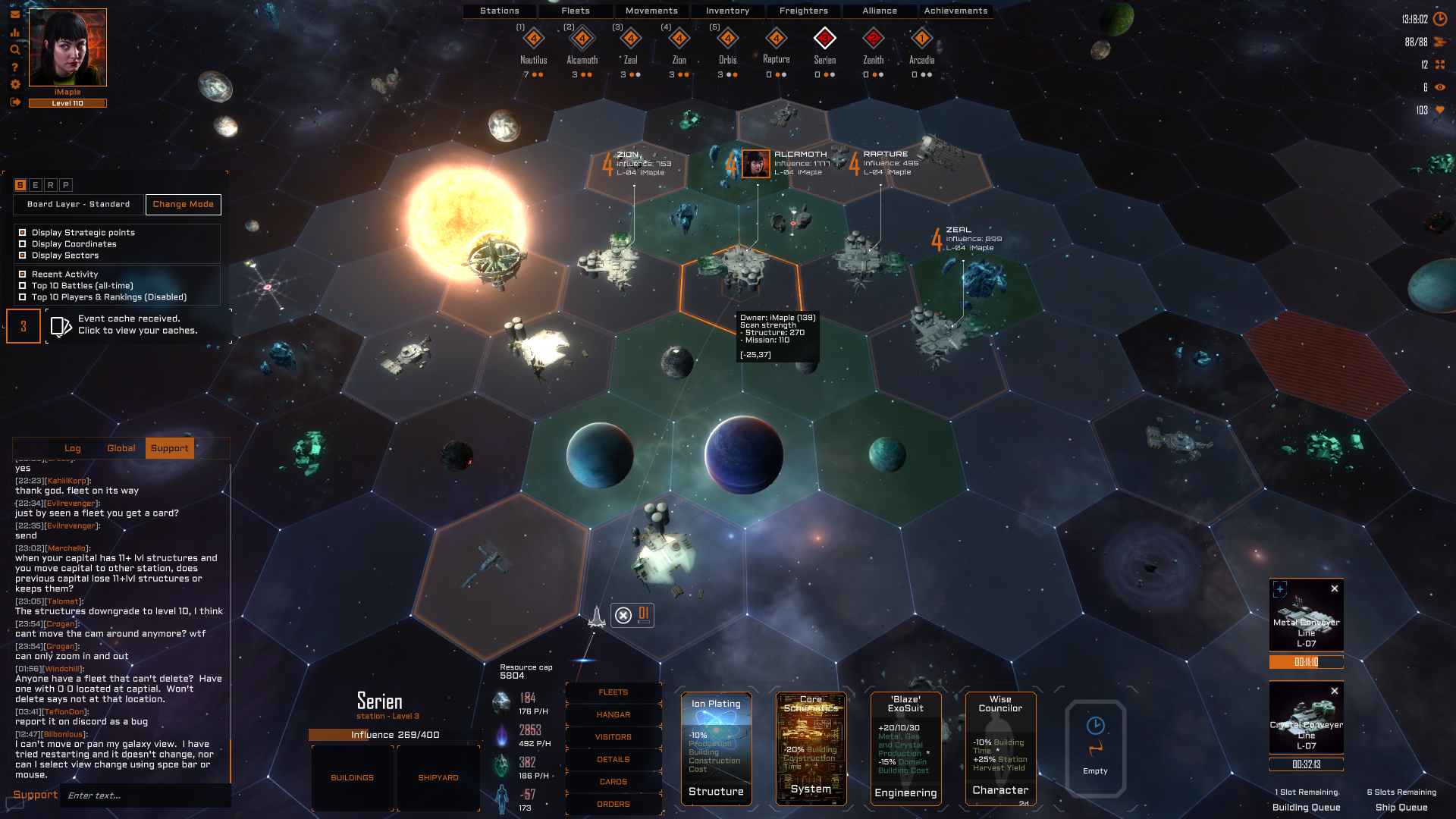 We're happy to announce the first patch for Alpha 7. From finding the most obscure bugs to completely breaking the balance, you've been a tremendous help for the dev team. Thank you all for helping us create a better game.