Roughly five months on, here is what's been going on with HLT!

It's been a seriously crazy five months for me, there's been a lot going on! I was kind of waiting to collect as much cool stuff as possible before making another update, so I will try to show everything that's been added so far. Also I participated in the 17th Ludum Dare! Here is my entry:

Ludumdare.com
Ludum Dare is a 48 hour game making competition, and I thought it would be fun to enter as a break from working on HLT.

But back on topic, here is what I've been up to! I'm putting out a build for playtesting pretty much every day at the moment, with every unit in the game having been added now, it's to the point where I'm just worrying about fixing bugs and adding polish! Thinking release should be within the next few months! (hopefully). Now onto the screenshots! 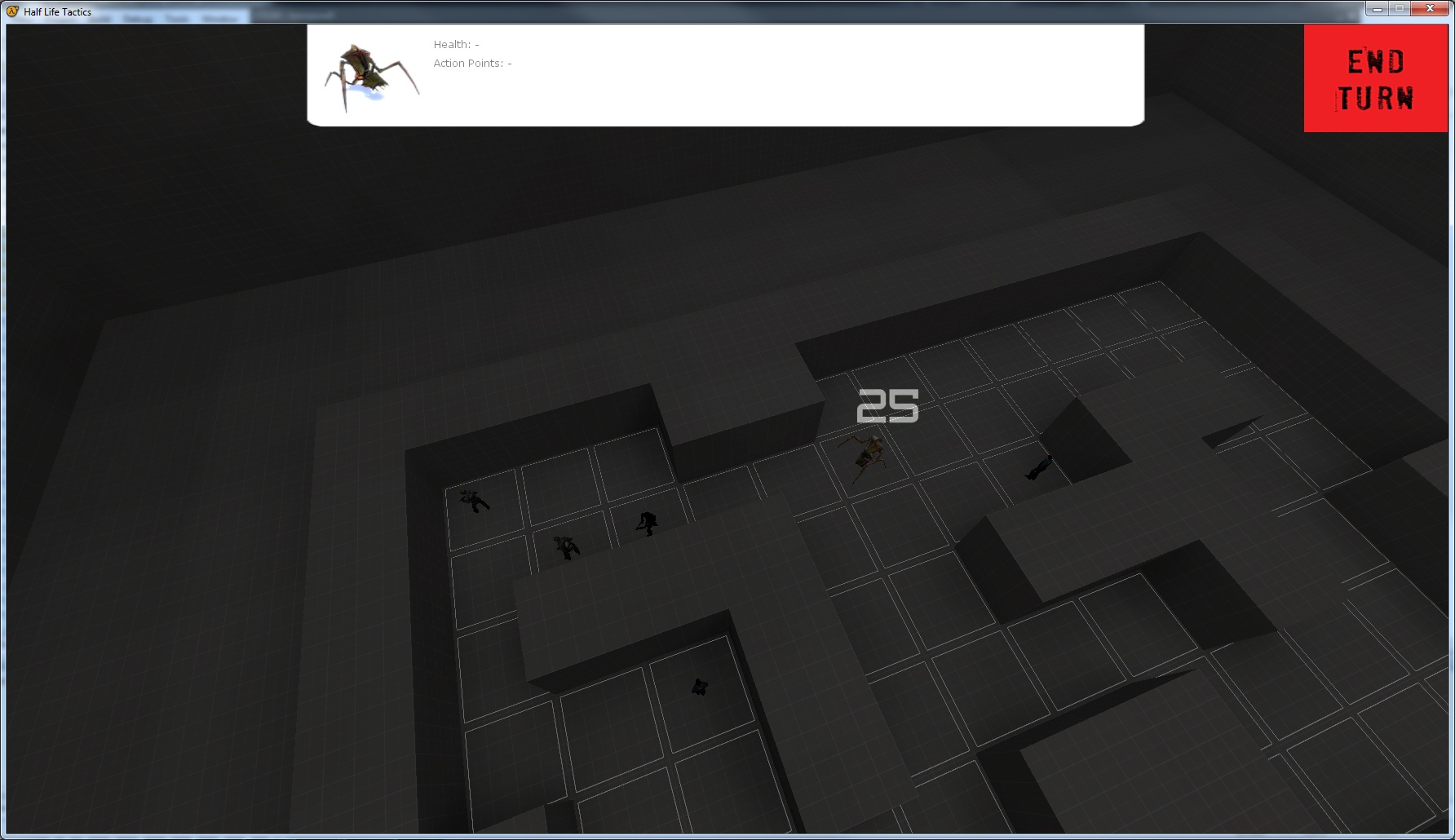 Added damage sprites! They rise up in the air when one unit attacks another, like you see in something like Borderlands.

Added unit icons! You can see them here on the bottom right, they show the health of your units and how many action points they have. I've made a kind of mockup template for how the hud should look in the end: 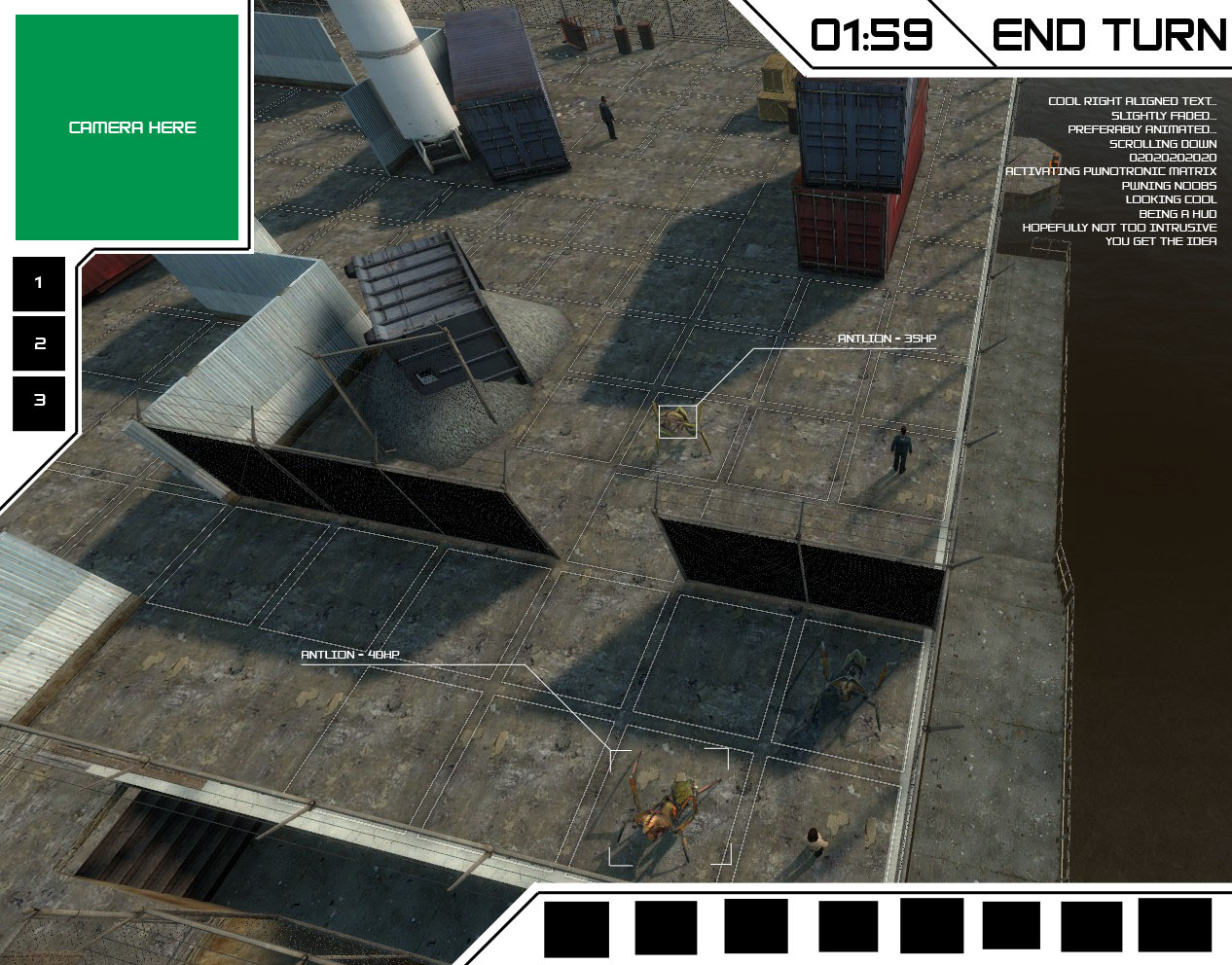 The white isn't part of the plan, it's more just the layout and the kind of style the game will eventually have when it's released. Here is how it has come on so far ingame: 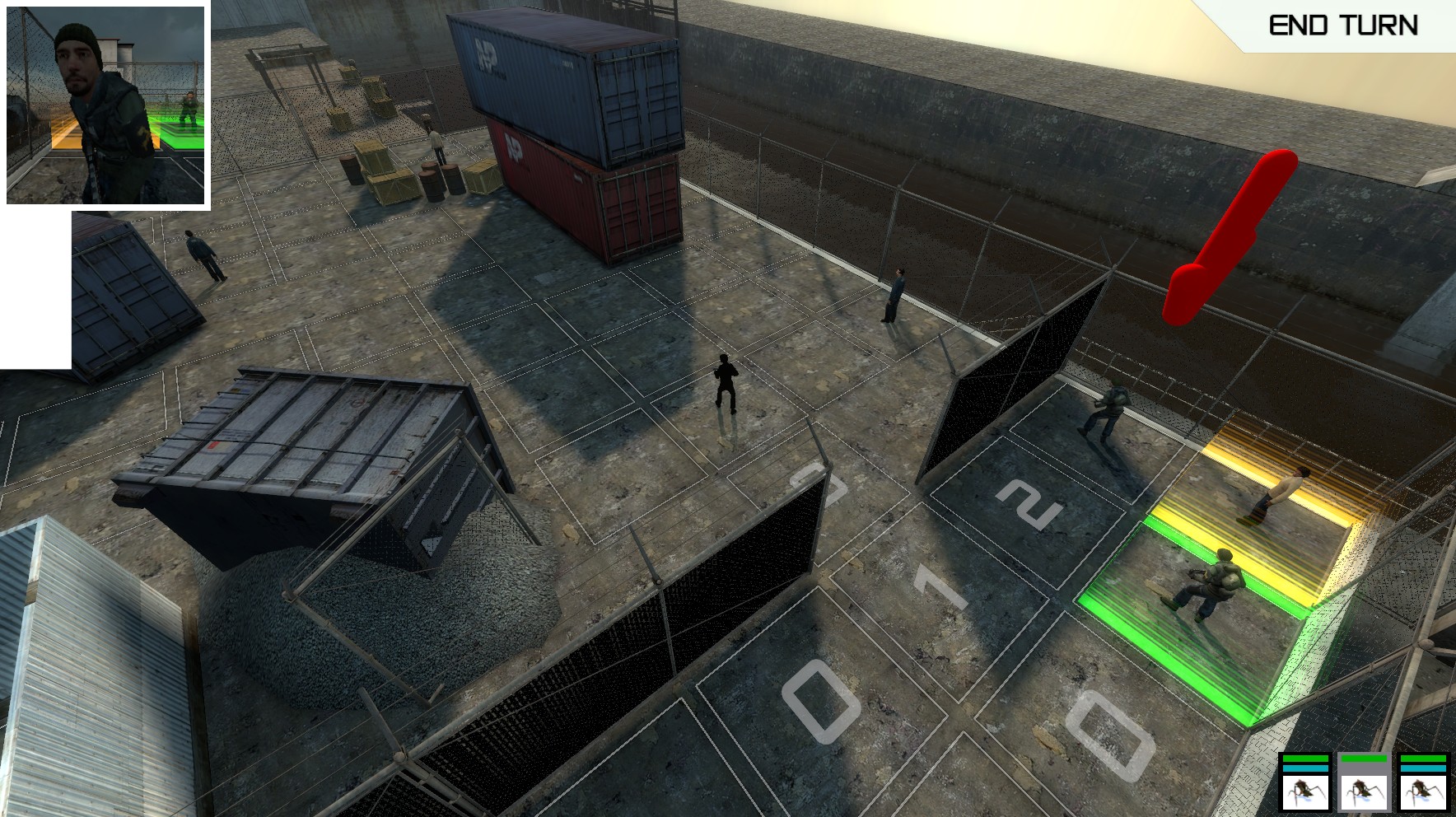 The camera is working on the top left, pointing at the faces of units when you select them (they also say little phrases! sometimes. I dream of cheese). Finally, a bit more info about every unit in the game:

All of these units are working and in game! I'm planning to add a few more, perhaps a rebel RPG unit, any suggestions welcome!

So on the current agenda is:

I would like to make more things like having different game modes and things, but I would really like to try and push a release on the mod at the moment, not that I'm going to release before its polished and ready, but I would love to get it out there so I can get feedback on what you guys think!

Phew! That was a big one...and hopefully more should be coming soon!

Some questions:
Shouldn't the metrocop deploy manhacks instead of turrets?
Will the combine be able to throw nades?
Will combine elites be able to use the energy balls from there ar2s? (can't remember the name of the energy ball things at the moment)
Do units have ammo? (as in can they run out of ammo?)
Can units pick up other units weapons? (assuming they have the animation)

Looking good, but DO watch for balance issues. With such diversity in the unit selection of each faction I fear that this game has the potential to be horribly hard to balance.

This doesn't necessarily need to delay the release, though. Going into open beta would allow you to get a ton more feedback as to which aspect of the game needs tuning.

Great to hear from you!