Development is still in progress and we're moving along better than ever!

We've had people over the months inquire whether or not the project was still being worked on, and if so, how far along in development we were. This article is just to answer some questions, and show (images) that we're still in the works. Recently we've decided to stop waiting for Unity to get their act together with their development of UNet. Instead, we've shifted to using DarkRift Networking for our networking purposes. It's a very stable system designed to support all forms of online multiplayer games, including MMOs. We've already converted everything over to use it in a matter of two months. The only drawback is that its developer has announced working on DarkRift 2.0. What does this mean for PW3D? Don't worry! Unlike UNet we don't have to stop using 1.0 to develop Pokemon World 3D! The developer has already told us that porting from 1.0 to 2.0 (once it's available) will be seamless.

So knowing that we're making great strides with DarkRift, most might then ask, "What's the hold up!?" It's simple... We need more people! Many projects are popping up left and right, but equally many are dropping like flies. Each time a new project pops up, we've watched people flock to them to offer help, only to see that project go nowhere and end in disaster. Well...we're still here and looking for help. We need people skilled in animation and modeling, as well as anyone skilled with making visual effects using Unity's Particle System. We don't need writers, or testers... Well, we do need anyone that fits the aforementioned criteria, to be available for testing, but at this point we don't want people on the team for the sole purpose of testing...we're not that far along yet. Anyone interested can either visit the forums to find out how to apply, or shoot an e-mail to pokemonworld3d@gmail.com.

Without further adieu...here are some screens. 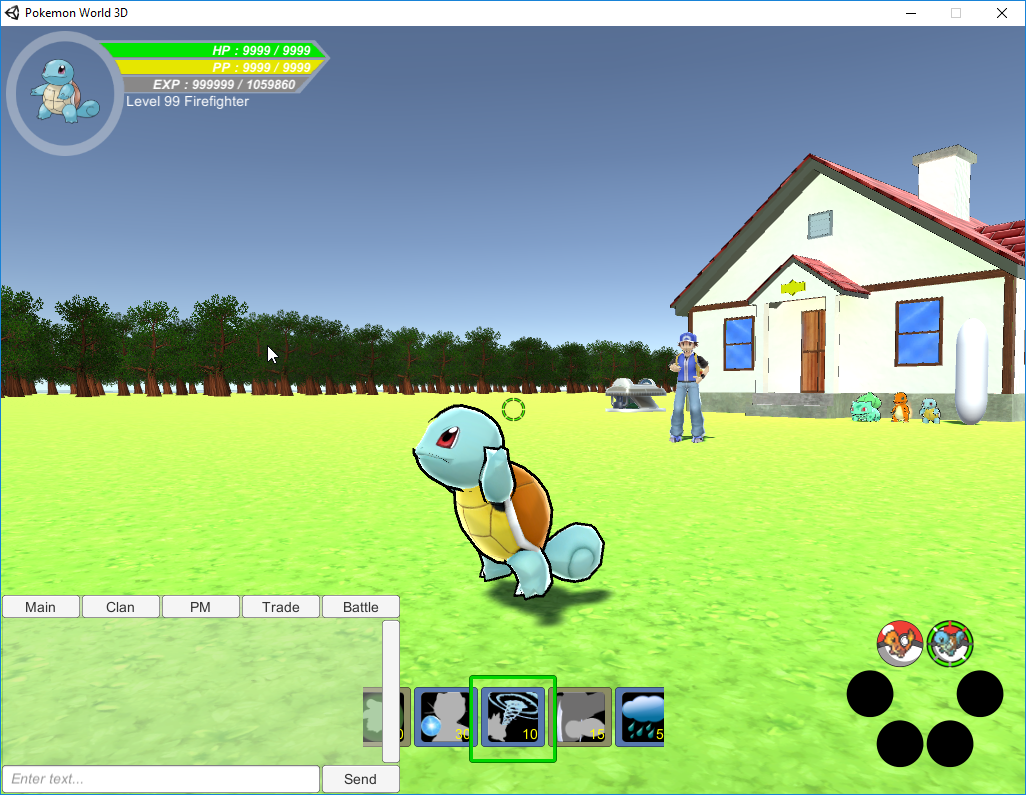 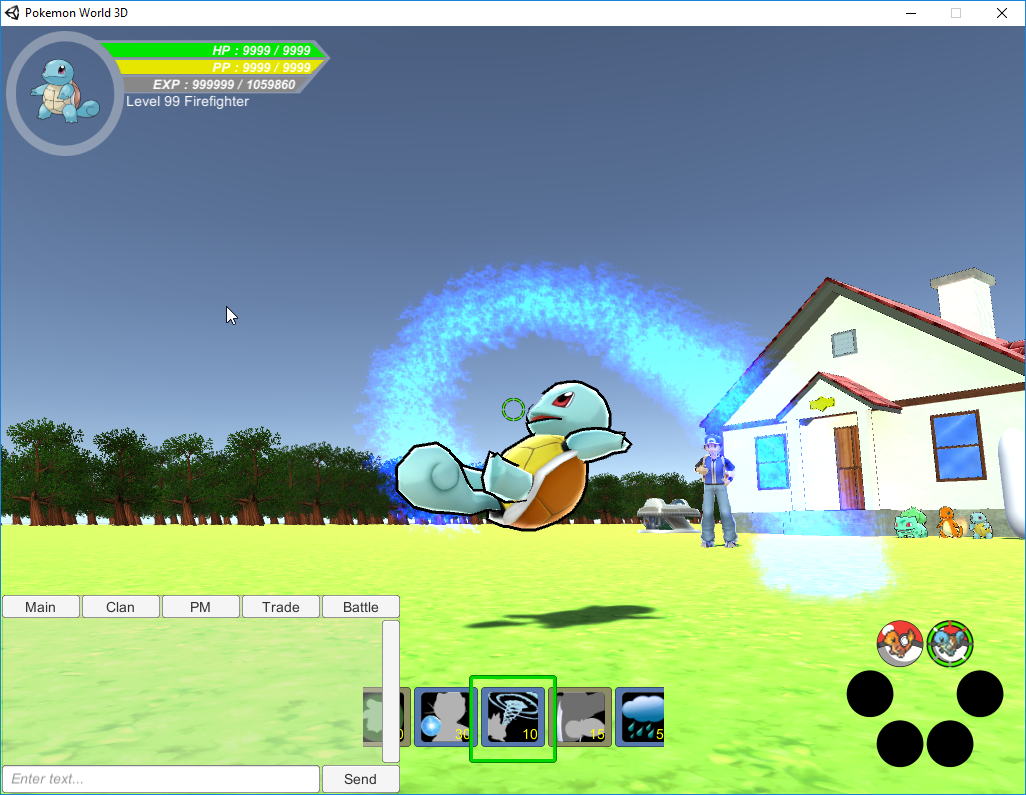 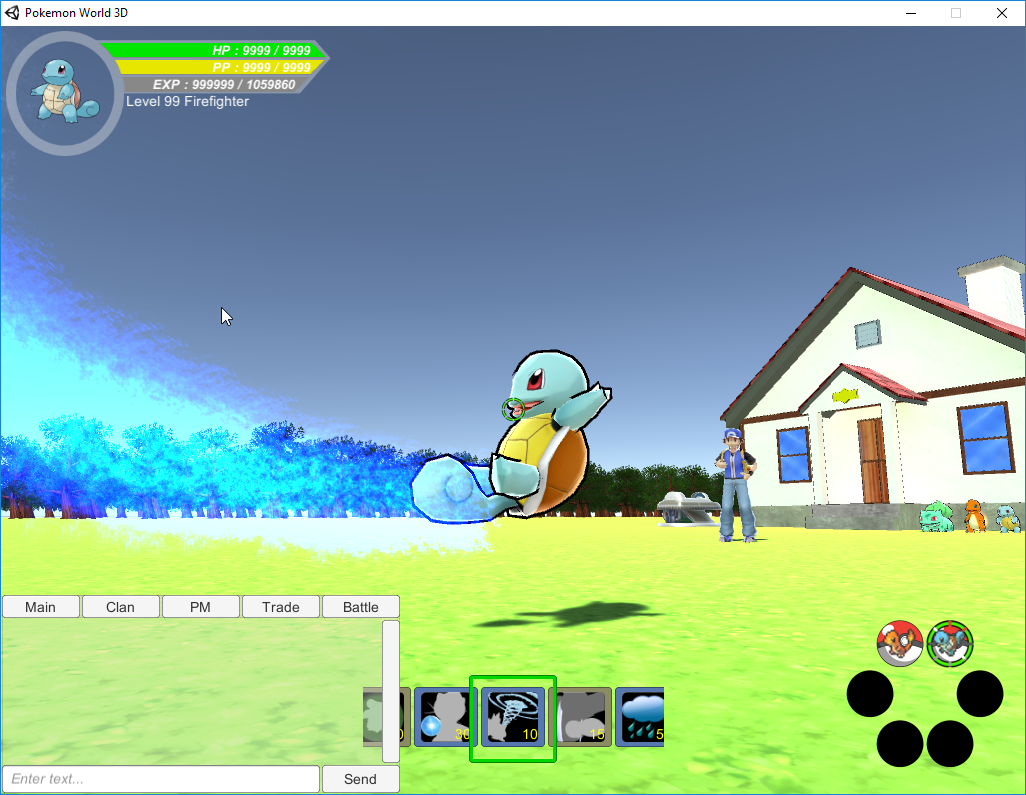 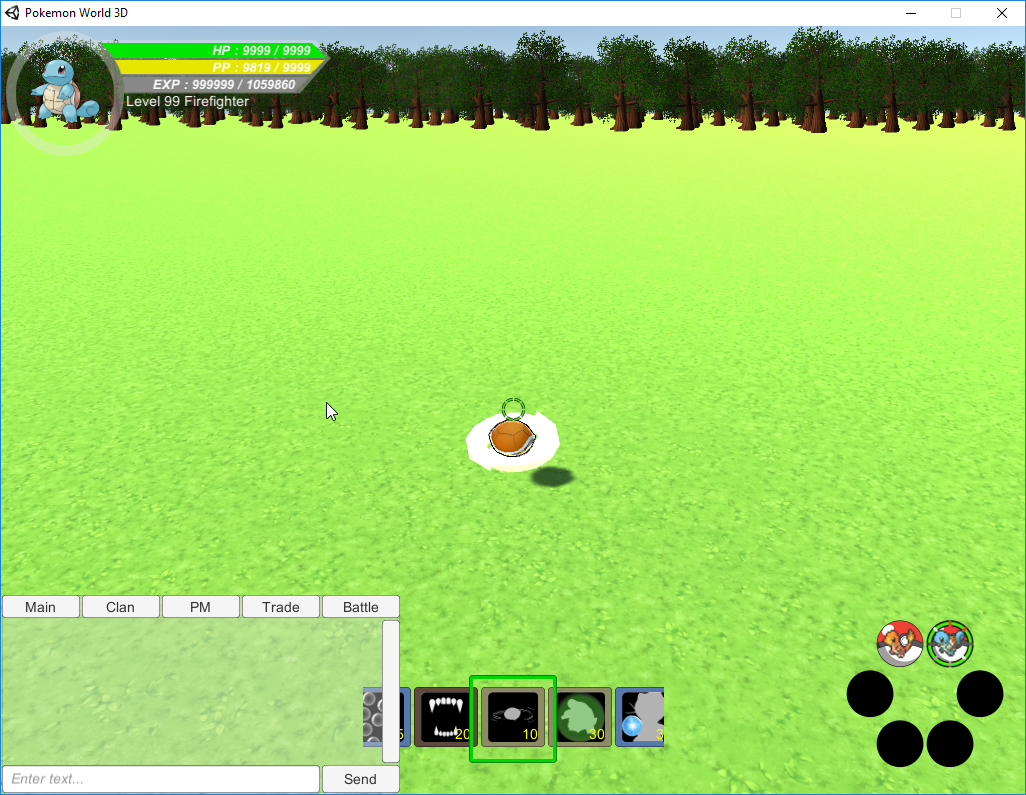 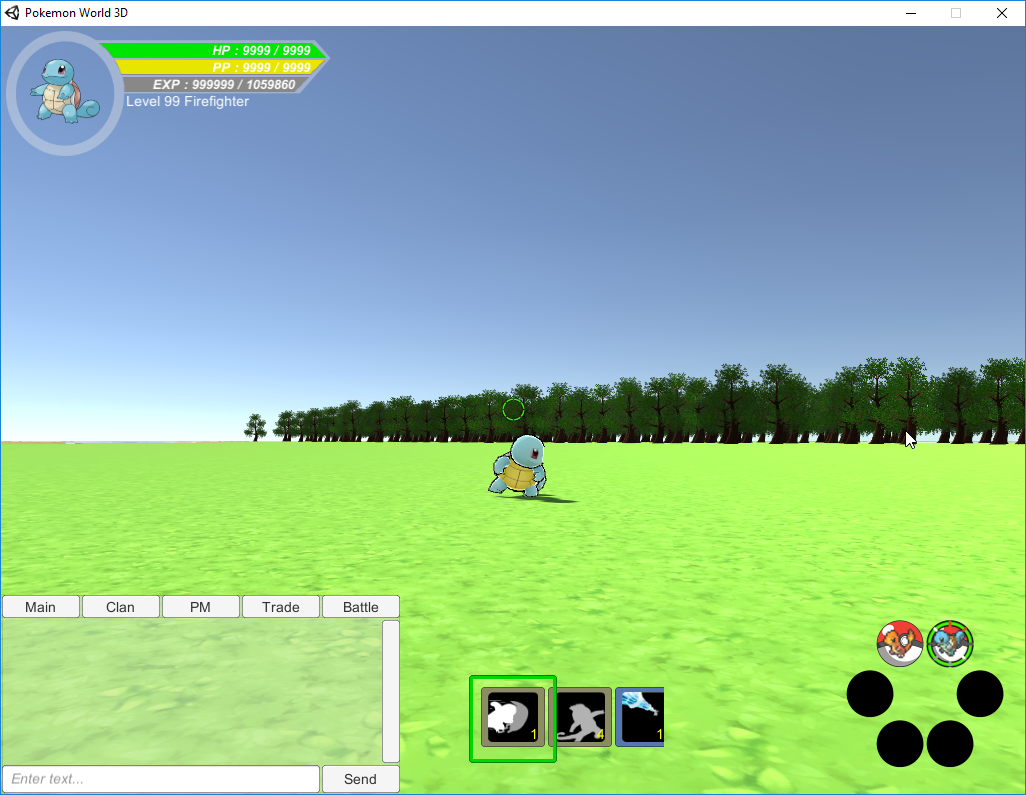 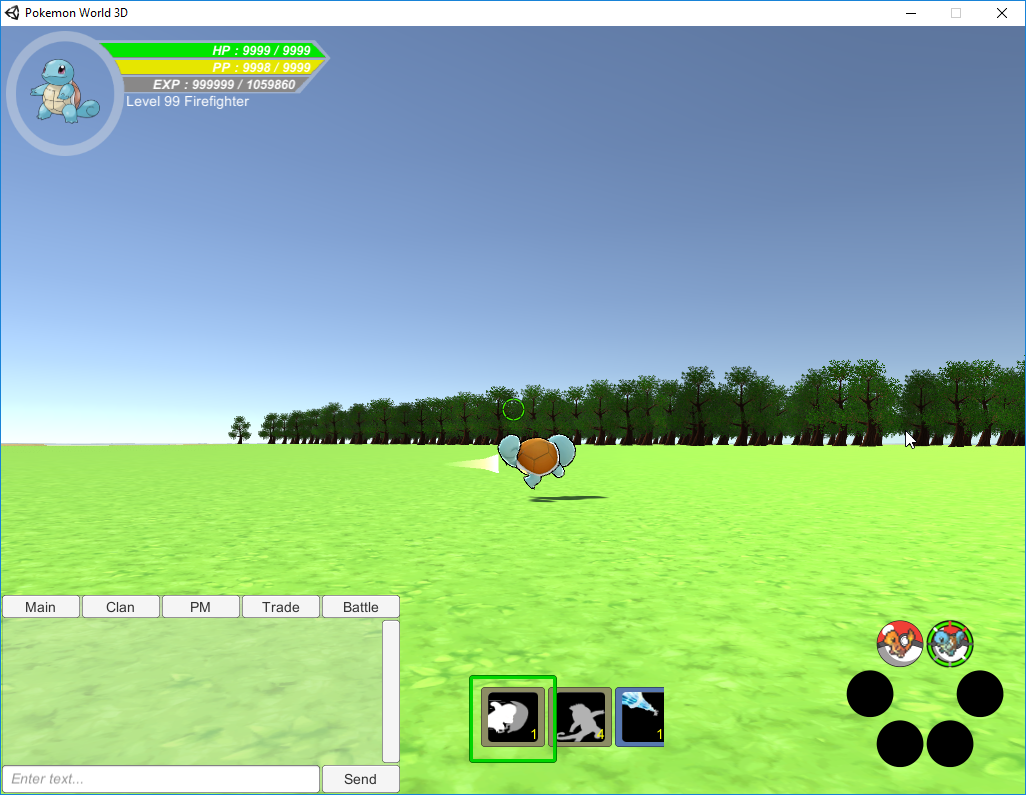 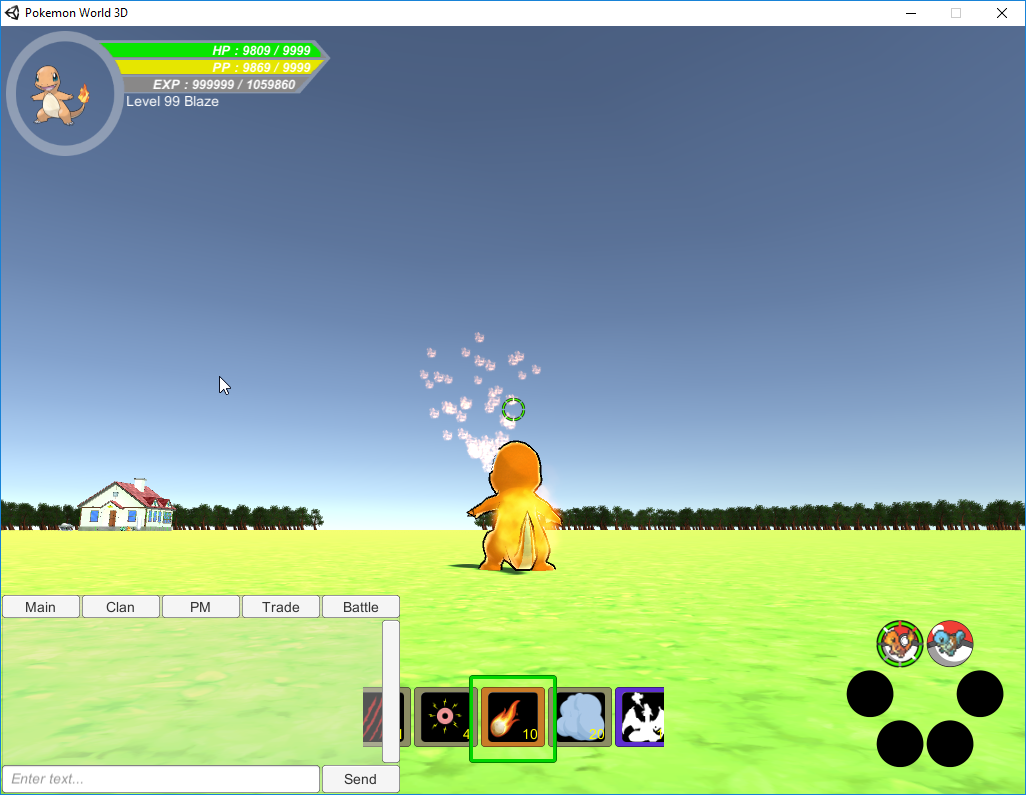 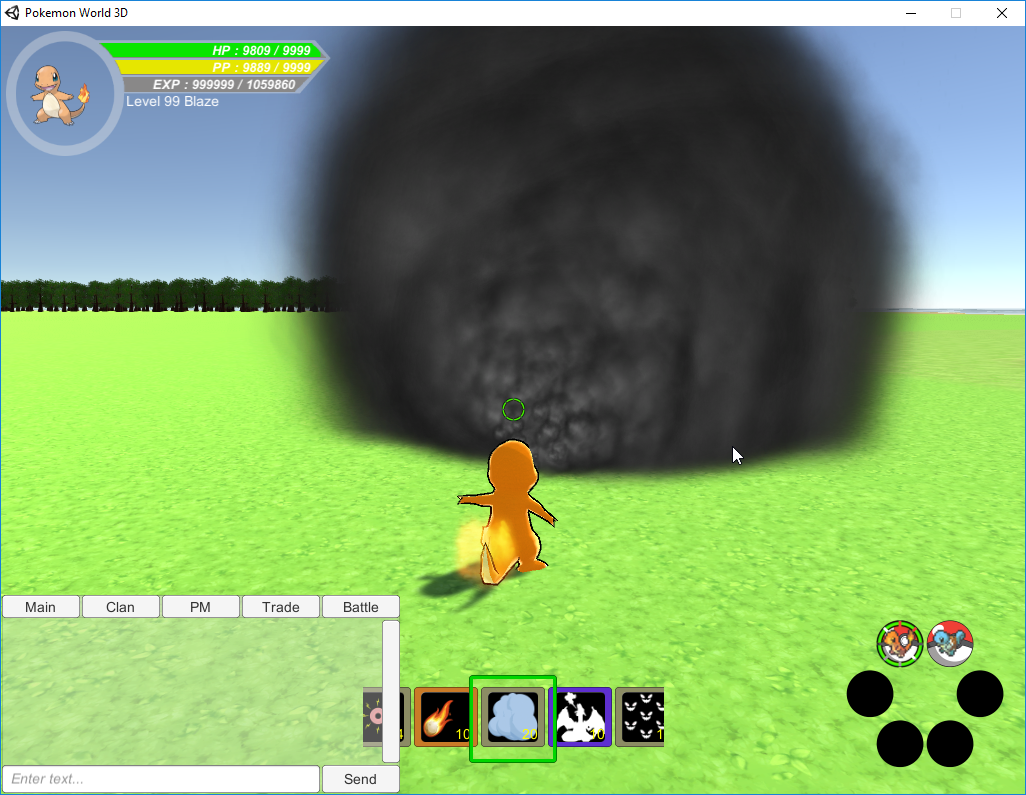 Best of luck, glad to see you're stil working on this project.

Glad to hear you guys have a stable networking and getting back on track. Hope that there isn't more bumps like the networking stopping the progress. By looking at the new screens, I see a lot has changed to the battle mechanism. I believe releasing a new gameplay video will help you gain back followers and developers.

I see the potential to this game. However I am too busy these days to help with the development. I wish you guys the best and I will be watching at the sidelines.

Let us know if your availability changes! We're always looking for help.

Im liking the idea of the battle system with the moves being on a hotbar. Would love to see some videos.

We'll be getting some video footage going soon enough. Just want to polish a few more things before putting for the effort to record video.