This update is earlier then planned, but that is because development has been so quick. This update shows 4 new factions, 3 new national spirits and 5 new states!

This update I did my best to create the fallout 4 section, I have also begun work on the Fallout 3 section. I have split the brotherhood of steel into two, mid western and east coast, as that is what people wanted. I have also added new national focuses to Caesars Legion, The brotherhood of steal factions and the Institute. Finally, I have begun work on the tech tree. 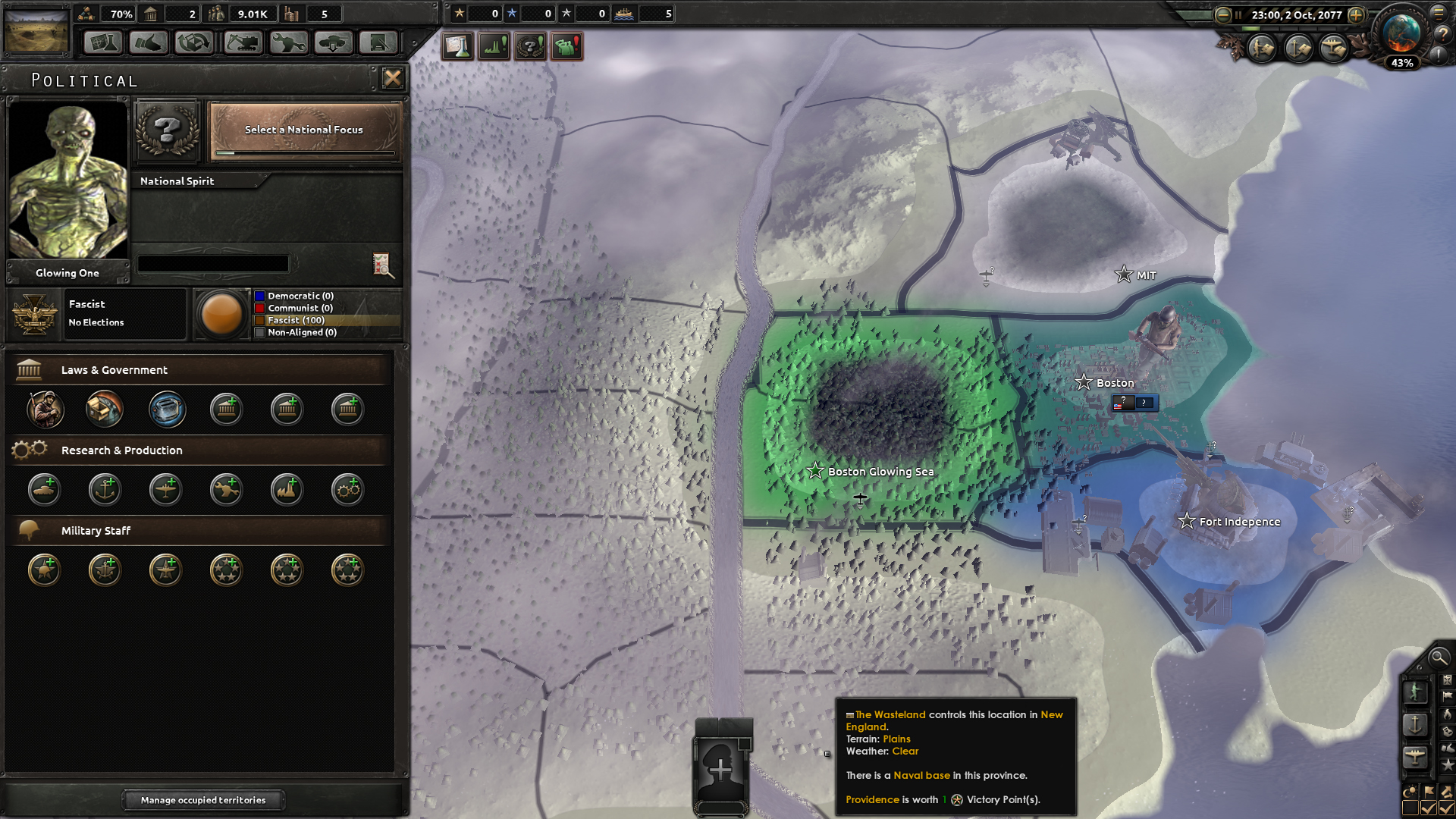 The Glowing sea is a faction located at nuclear detonation sites. Like in Fallout 4, the Glowing sea will be a strong faction that will be hard to defeat. The plan is to have the glowing sea give lots of high level equipment when you make them capitulate. 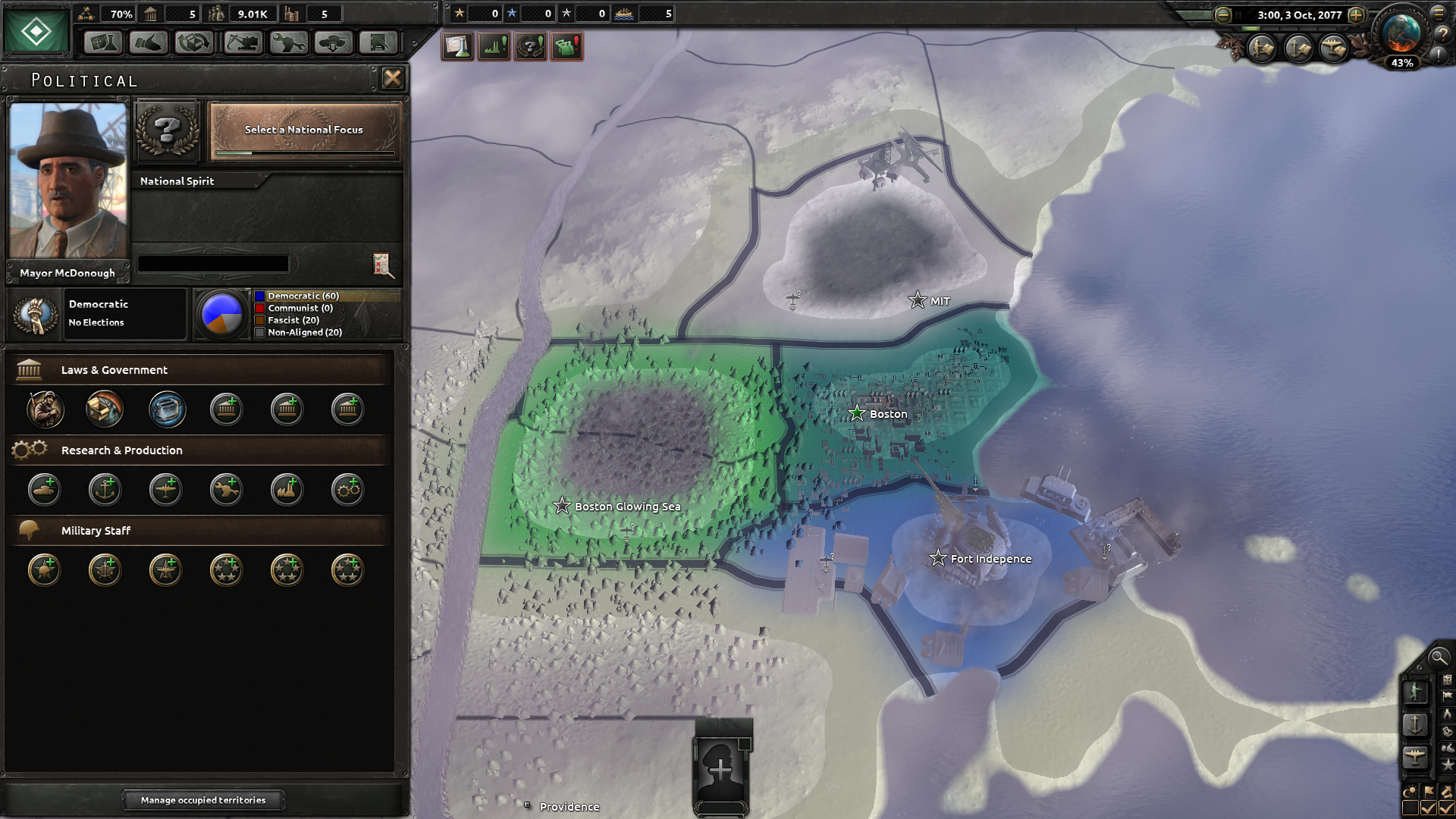 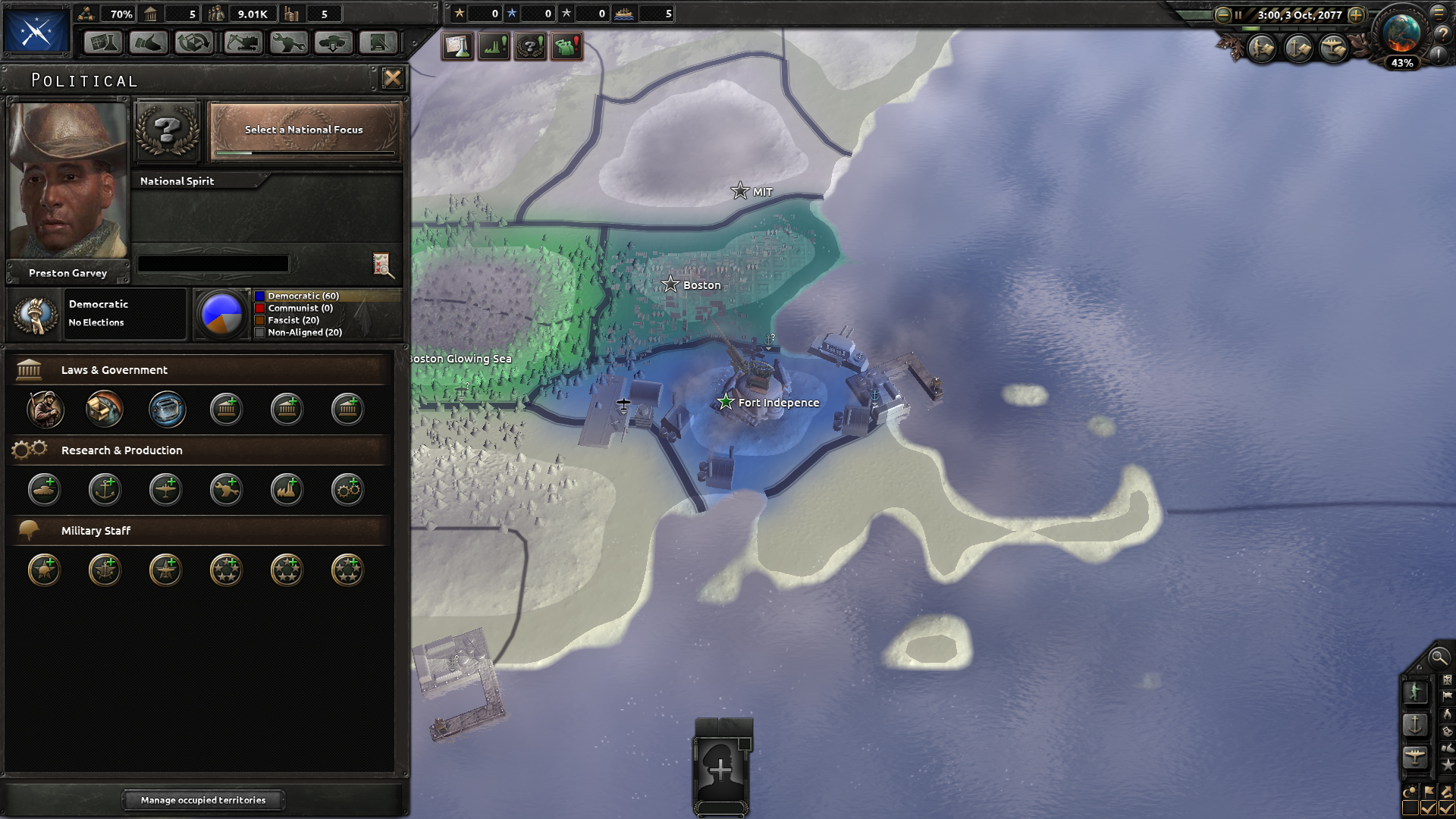 I also added the minutemen, with there capital being fort independence. When creating the state I used the building to make a fort in the center of the province to resemble the fort in game (its not very accurate, but its a start) and this is what I intend to for other places in the mod. The leader is Preston Garvey. 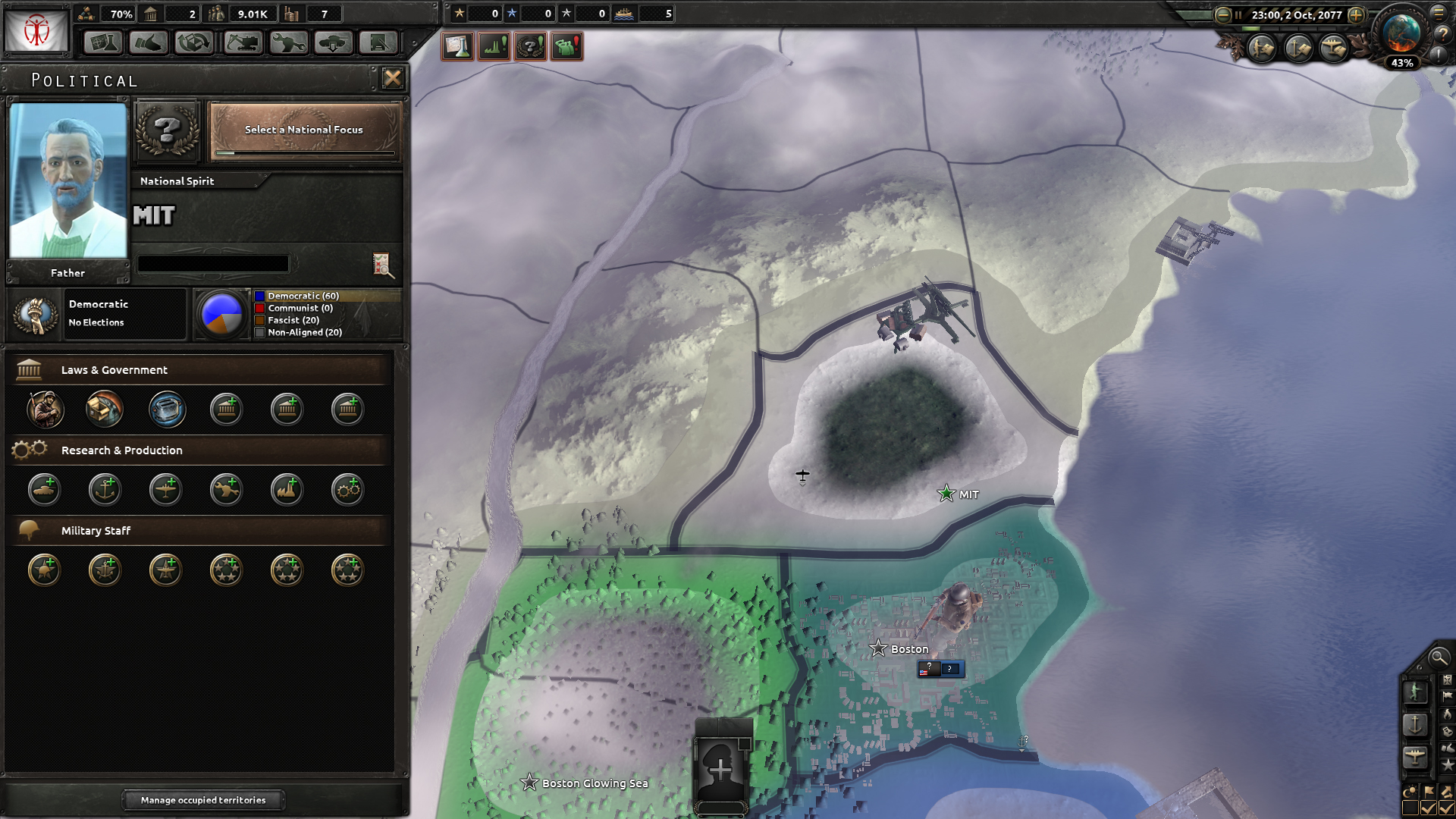 The final faction in the Fallout 4 area is the Institute. With the Minutemen, I made them a custom fort, so with the institute I decided to give them something. I placed a majority of the building underground (the ones you see are ones I forgot to move) which is true to the game, since they are underground. I will be making the province smaller and fitting in concord and sanctuary. The leader is Father, because there is no lore on any other leader. 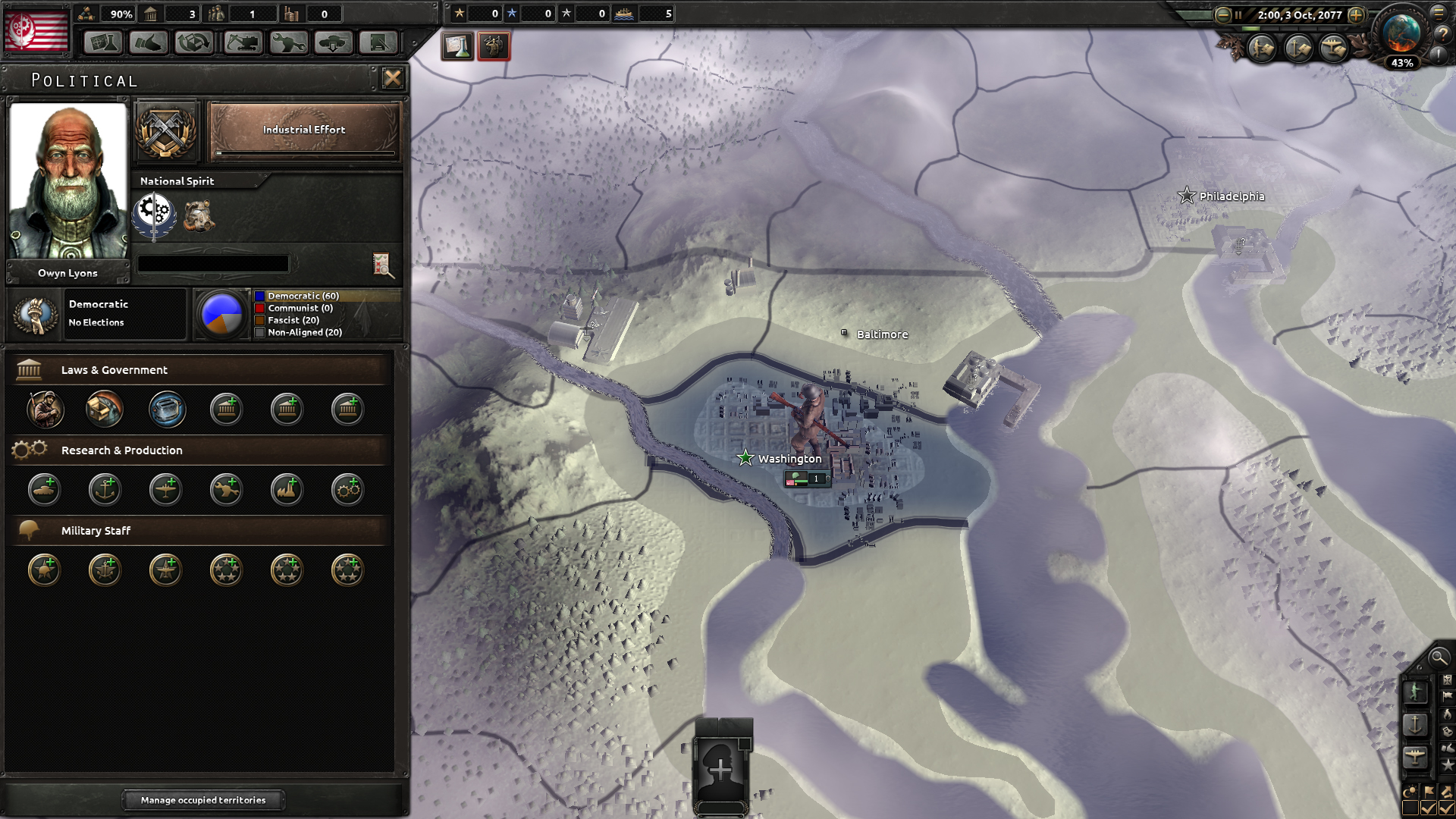 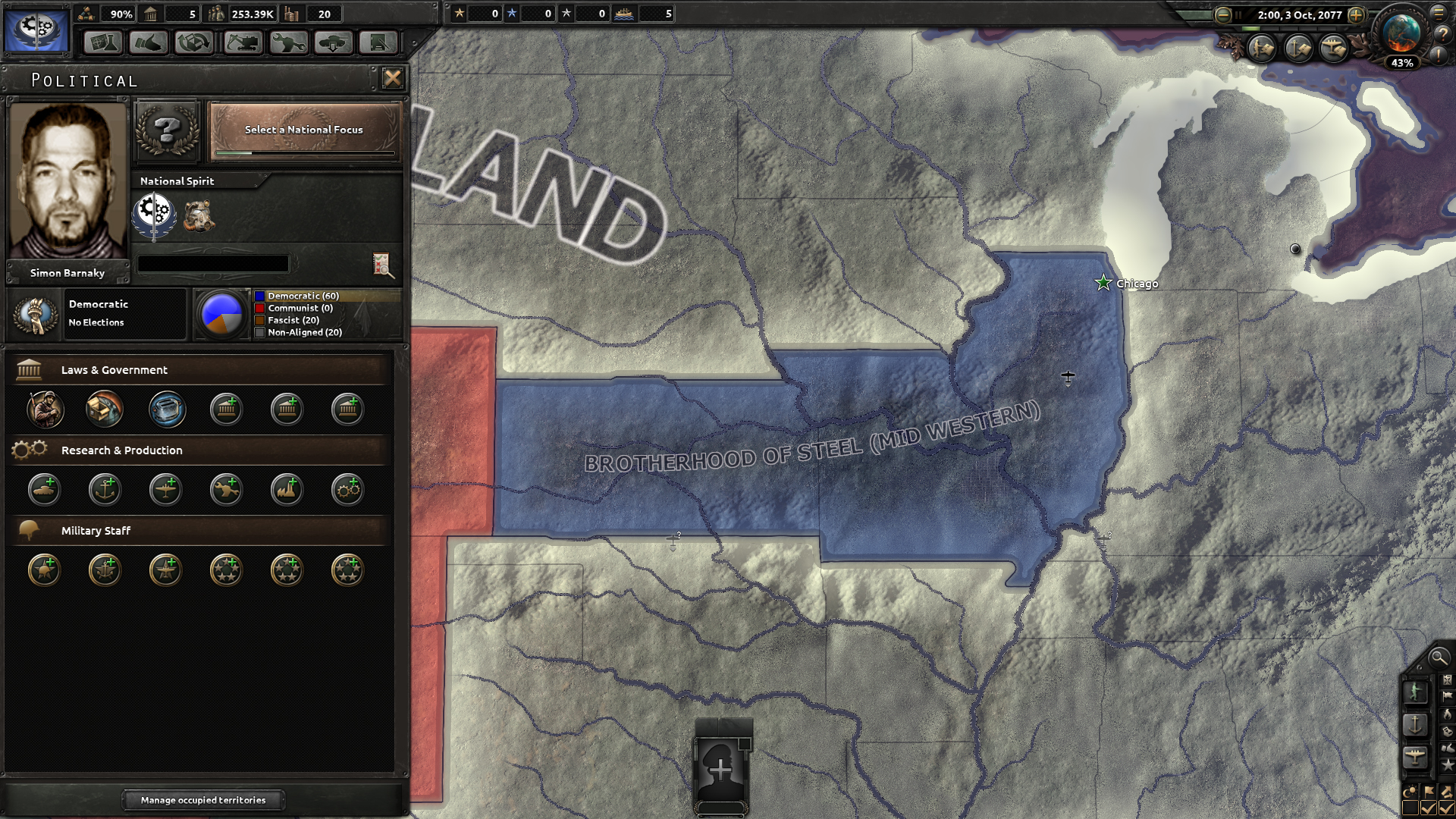 The Brotherhood of steel (Mid Western) has the leader Simon Barnaky. The image of him was black and white so I added some color, but like most things its a place holder. I will be re-creating most of the non Fallout 4 leaders in fallout 4 and using them as images. The state still needs to be edited.

Images for the national spirits will be in the images section of page. I'm adding them here because that would be a lot of pictures and makes this article huge.

This one of the national spirits for the Caesars Legion. Currently it only adds more manpower but ideas from you guys would be great.

This is one of the national spirits for all Brotherhood of Steel factions. It gets extra manpower, national unity and +25% planning speed (Number may change).

This is the second national spirit for all Brotherhood of Steel factions. At the moment it only adds a -40% research bonus (This will change).

This is one of the national spirits for the Institute. At the moment its a -50% research time (Number will change).

Since the last update, I have been playing around with how the tech trees work in the game.I haven't spent lots of time on them, but I mostly know how they work now. During my playing around, I change the guns to fallout guns. At the moment I have only changes the names, descriptions, stats and textures. 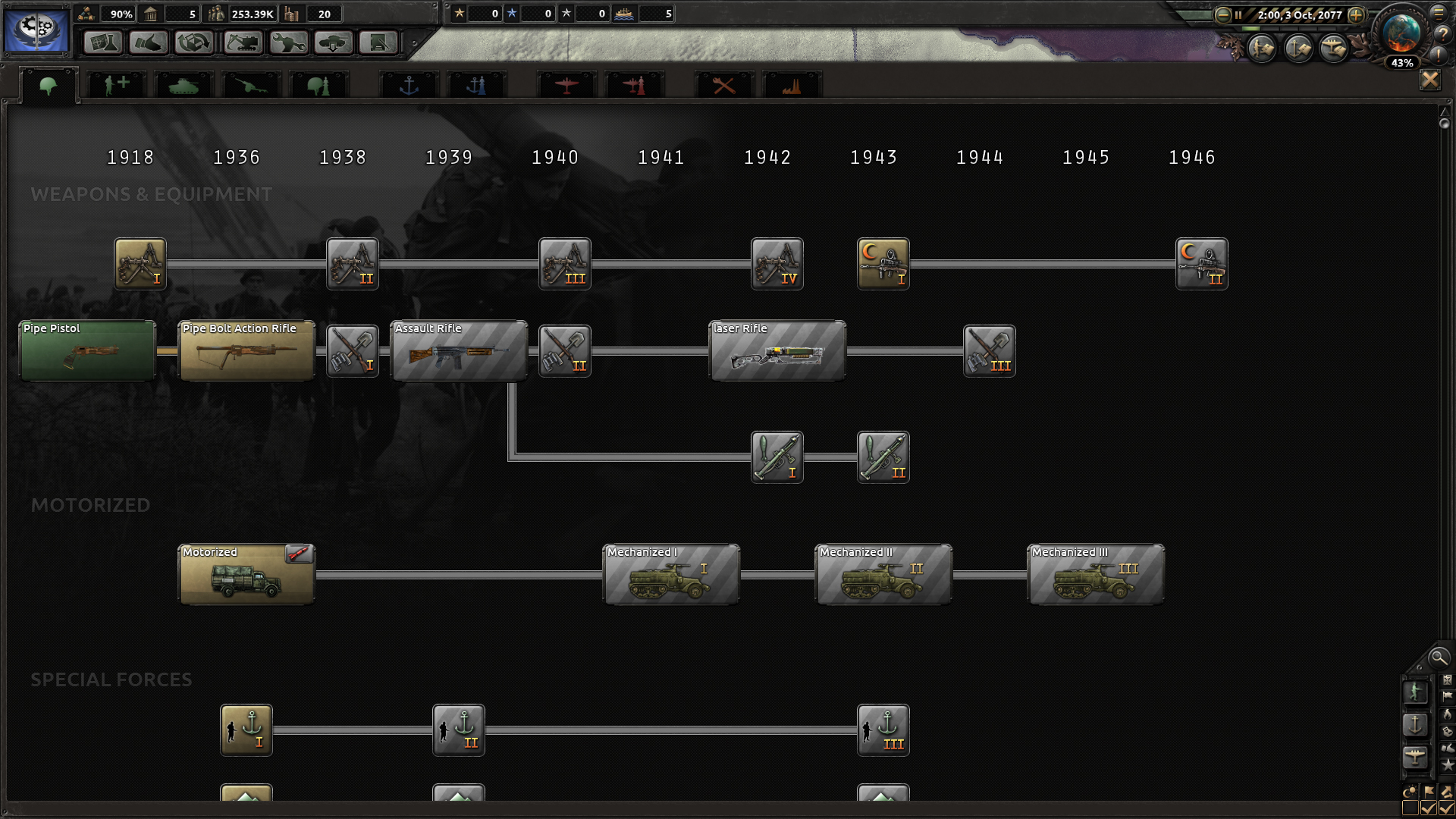 That is all for this update. I did this early because there would be so much stuff if I didn't. There will be another update on Friday.

You sure did something sexy

But is it as sexy as Putin?

A public release will be available soon

Not long after the next update