Hey there! Three weeks have gone, since we started working on the game full-time, and, I should say, we have made a good progress.

Three weeks have gone, since we started working on the game full-time, and, I should say, we have made a good progress.

Designing the interface, we were thinking, what should it be like: a computer panel, a gadget that you carry around or just minimalistic windows. Well, being the Fallout fans, it's not a surprise that we eventually stopped on a gadget. Also, it's quite handy to have all important information gathered in one place, so we come up with our own "personal information assistant", called Luch 12 (Луч 12) . Please bear in mind that it's still very much work in progress, and the design can change over time. 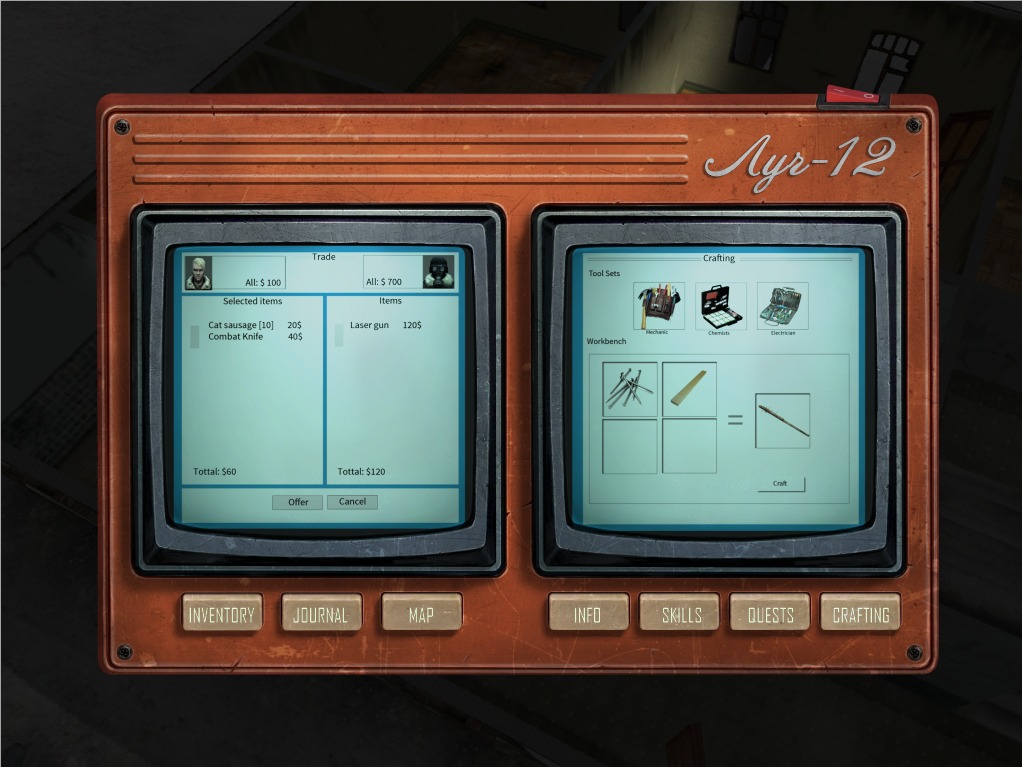 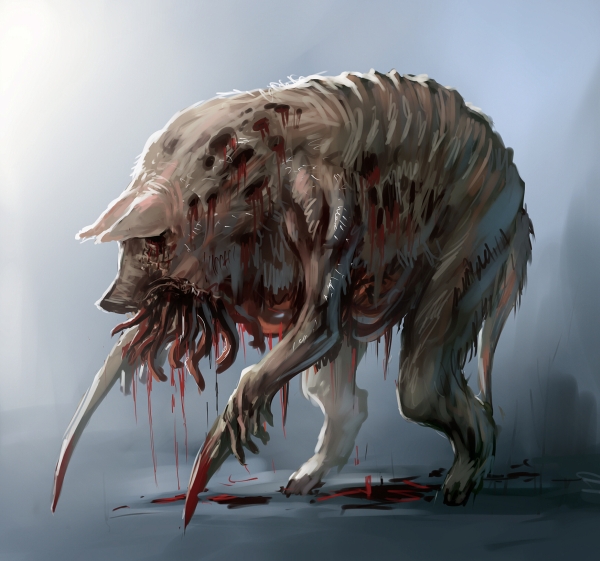 Apparently, the alien parasite can not only overtake and twist human DNA’s, but as well as animals’. Domestic piglets, formerly friendly and amusing, have morphed into terrifying, abominable creatures. The large variety of mutations and subspecies of this kind was registered in the rural suburbs of Duga city.

The old animations, which were made for the prototype, are steadily being replaced with the new ones. We also slightly changed the character controller, I hope it was the last time, to make it a bit more realistic, and convenient to play with the limited sight field.

As you can see, now the character has the sight range and he is surrounded by a sort of "fog of war", what means you will be able to see enemies, only when they are within your character's sight range. Watch your backs, guys;)By the way the sight range can be enhanced as well as some other parameters;)

This is going to be such a great game when it is finished. Can't wait.

Good to see a progress, Nice 'Luch-12'! really classy with its 60s style, i would love to see it in higher res if you don't mind?

Thanks Vesp, I'll add the high-res image to the main gallery, shortly;)

The hybrids creeps me out.

Lighting is so much better now.

Our initial goal with the inventory was to create a layout that would be equally convenient to use with gamepad and keyboard/mouse;)

Progress is looking as great as ever, definitely keep going the way you are :D

Thank you Alex) I hope that you don't drop your game as well, and will go on ))) I love the new,x-com-like combat system;)

Cheers, I will continue on too :) glad the combat is going down well.