Features:
New Zombies (2 finished, at least 10 to be coded)

Many maps to play on (Two Finished) (One in progress)

Credits:
Modelling, Texturing, Mapping: NEXON
Model Porting, Mapping, Coding: Osiris
Coding: JackWalcker
Da_FileServer: For his CSO Tools (Available at Cs.rin.ru)
Special Thanks to:
Valve-Erc.com: For coding tutorials
Minuit: Showing me how to remove gibs
IF ANYONE IS WILLING TO HELP ME CODE WEAPONS PLEASE SEND ME A PM 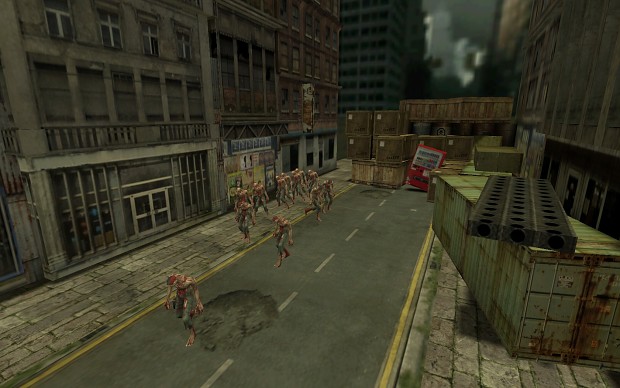 Latest update for ZBS. Adds MG3, Katana, and black infinity single pistol. Not all HL weapons have been replaced yet.

The first alpha release of Zombie Scenario. There are the default Half-Life weapons as more weapons haven't been coded yet. There are two zombies: Host...

I've created a good zombie base AI, so when Hazard is completed I might use it to work on this.

its probably dead tho

Not dead, only sleeping.

Thank god its not dead!
Too good to die!

is there any way i can join you in this mod? I know how to edit skins and some basic mapping stuffs... can I make a trailer video for this also?