Weatherman is a Doom 3 Modproject by 3rd semester students from Germany. It's sort of a platformer (jump&run-like) using a side-perspective but that's not it, because its got a feature that no one has seen before: a special perspective change! Every moment you can change the world from either fire/wind and ice/water which will change the environments, only that way you can solve all the puzzles. If everything works fine there will be two levels whereas every level includes two maps and a bossfight. The Modification is a project done by students currently being in the 3rd Semester. Three of us study Game-Design, one does Media-Design and one is an Animator.

good news everyone. After many years, almost 7 years of development, Desolated will finally be released next week. Right now there's only some bugfixing left to do and then... I almost can't believe it myself... it will be downloadable. 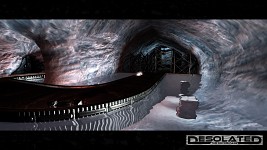 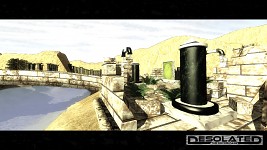 It has been a trip, that's for sure. Starting as Hell Island 2 the vision has changed and a whole new game was made with a lot of new features I never could have dreamed of. Now the journey is about to get to an end... 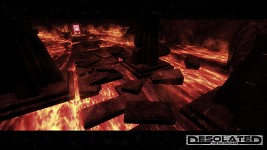 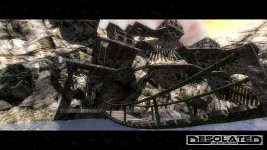 So for all of you guys who haven't heared of Desolated before, it's a Total Conversion for Doom 3 including many hours of gameplay. If you wanna see everything you will at least be playing for 7-8 hours. Different gamemodes and difficulties plus unlockable secrets will await you! 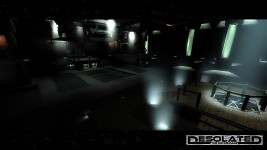 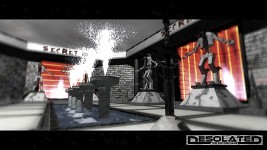 All you have to do now is await its release next week. Just to tease you a bit, this will await you: three different game modes (Story, Arena, Secret), different difficulties that are actually changing the environment, unlockable secrets, a skilltree, a questbook, new fx and so on.

Stay tuned guys and I'll see you next week for the release!

Apply and you might be selected for the ARENA Beta Test including two levels from the story.

One of the latest news about the current status and some events that did just happen.

A new update on the Weatherman-Modification made by students.

Finally the Demo has arrived and therefore you can have a first look on Weatherman.

Finally it's there, the Demoversion of the TC for Doom 3: Weatherman.

Sounds nice yes, but it hasn't not exactly "got a feature that no one has seen before", changing the environment has been done before - Seasons after Fall (http://www.swingswingsubmarine.com/games/seasons/) comes to mind.

Yeah that's correct, though here you can change the elements/weather and that EVERYTIME! So let's say that this is a different sort of perspective-switch. ;)