Order and Chaos is an ambitious WIP total conversion project for Stellaris designed to bring you into the 40K universe and experience and/or alter the history of 40K.

Thanks for voting and helping Warhammer 40,000: Order and Chaos on it's quest to become the 2022 Mod of the Year. You are now in with a chance to score some free games from our #modlove collection. Help this mod secure more votes by embedding the widget (or link) we have included below on your favorite sites.

What is "Order and Chaos"?

Alright, I actually didn't know the mod was live until just recently (a few days ago) and chrome decided to crash a few times, so some of my "drafts" for this article-thing got erased. So I apologize for not having an article up beforehand detailing what the mod is really trying to do, leaving you guys clueless of what it is (apparently 500 people already viewed the mod, so... sorry 500 people).

Anyway, before I discuss the mod itself I'll talk a bit about the team, or me (hopefully for now...). Anyway, I started this project earlier this summer after diving into the world of 40K (July). I am an amateur coder, artist, and writer, but I do believe undertaking this project will strengthen my skills as well as in the end giving something towards the Stellaris community. I will not rush this project, and I will work on it at my own pace and I will not force myself to do this project. In other words, I'll work on it whenever I feel like it. Considering how much I've done in 2 months, this project will take a long while to complete. Most of the time being plotting and designing how it'll work.

In short, I work on it when I feel like it, and it will take a long time considering my skill and situation.

Now for this dev log, I'll be talking about the setting and the (main) factions (those topics should explain the mod quite well). Please note that take everything said below with a grain of salt, these are just plans.

The mod will primarily take place in the 30th Millennium, the Great Crusade. Why not just 40k? Well, I don't think that suits Stellaris gameplay. Unlike other Paradox games where you are thrown right into an already functioning world, in Stellaris, you start from scratch. You start from the ground up, the joy of starting from a single planet to becoming a galactic empire, that is the joy of Space 4X games. I do plan to add options for 40K and other time periods, but for now, I'll mainly be focusing on 30K. On a side note, Chaos, Necrons, and the Tyranids will be piloted by AI (in the 40K option) and act as crises (unless you guys demand me to make them playable).

A last note: In the Grim Darkness of the Far Future, there is only War... and thus factions will be automatically hostile to each other, peace is not an option. 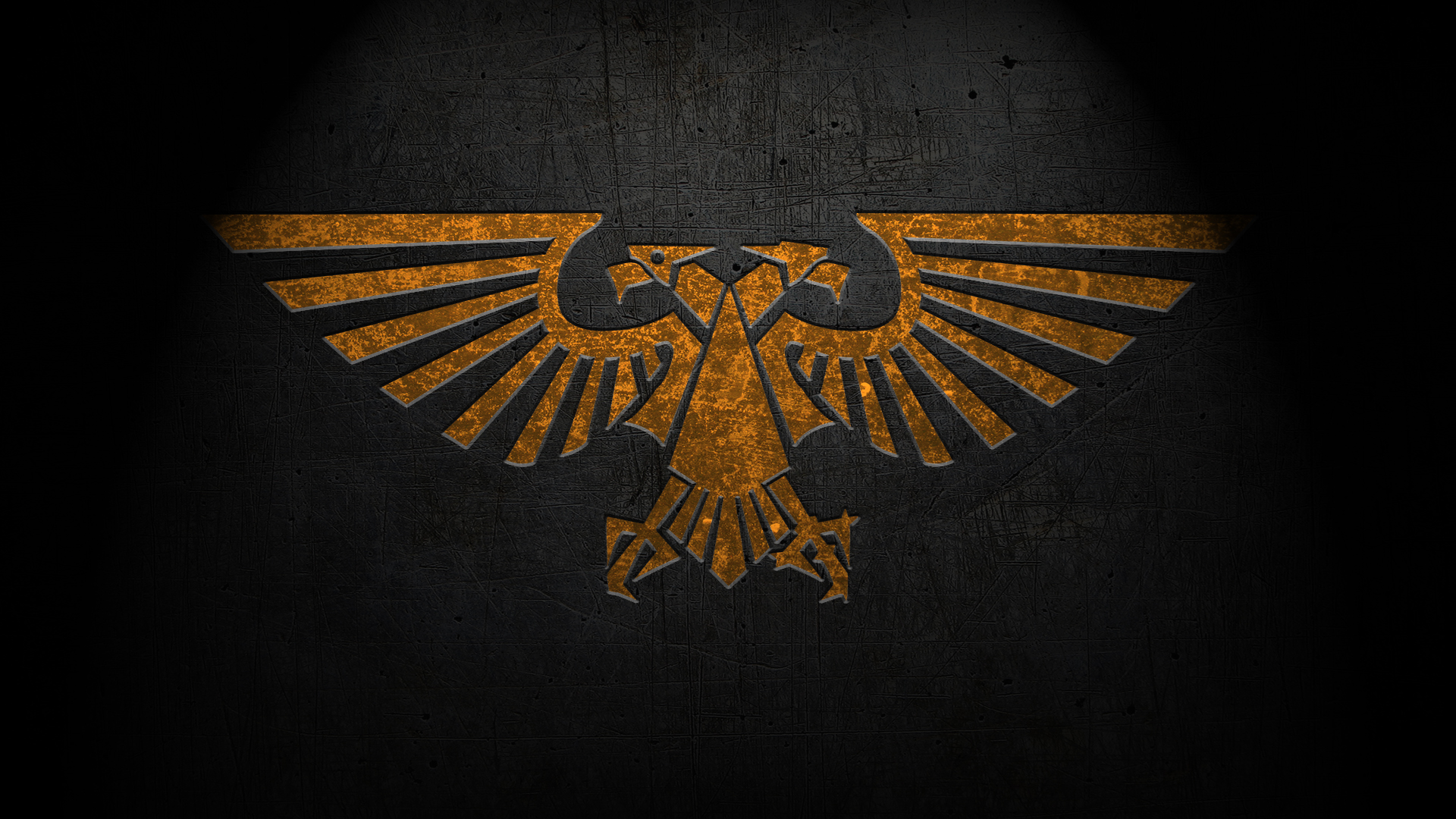 The Imperium of Man is led by the perpetual Emperor of Mankind. The Imperium is the most straightforward empire and is the main focus on this mod. You start from Sol having Holy Terra and the great forge world of Mars (before becoming great of course). As for military power, you have 3 titan legions, the Emperor's Ten Thousand (the Legio Custodes), and the Dark Angels Legion. The Imperium's research department will mostly consist of improving existing buildings, equipment, vehicles, etc. but to actually gain new technologies, you will usually need to find STCs or destroy the Mechanicum as they refuse to do actual science and innovation while in control of most research facilities. The Imperium's military will be very powerful, relative to the other factions, but they will only have limited amounts of "super" military units (Space Marines, Titans, etc.) You will have to defend your border worlds from Xenos threats and as well as garrisoning your inner worlds to protect them from internal threats of heresy. Your forces will be spread thin, but if you concentrate your forces you can easily butcher other races, though you will likely lose large amounts of undefended territory very easily. The Imperium will have the most "story", having unique story events and etc.

In short, the Imperium has a number of powerful forces, but these forces must be spread across hundreds of systems and planets, defending both outside and internal threats (chaos or general rebellion). They are the spotlight of the mod, having the most story embedded with their faction. 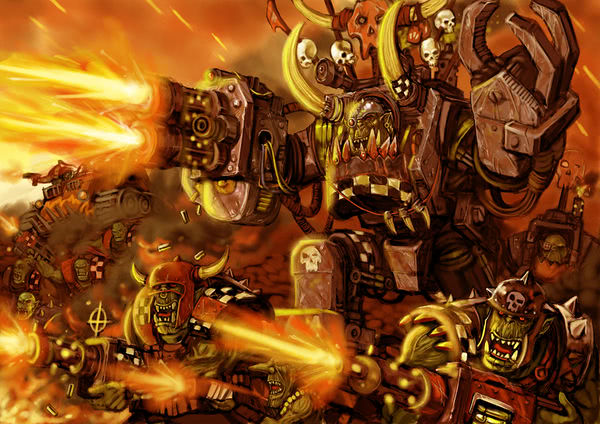 The Orks are the pirates and raiders of this mod. Orks work very differently from the other factions. You start up as an Ork Warband that just conquered its "home" planet, uniting all the tribes and creating Ork ships to venture to the void. Your "home" planet is owned by you, every planet that you own grows automatically and builds their own stuff (you don't have control over the buildings), Ork buildings do not produce any resources on their own, but increase the resources you get once you go back to the planet to restock on Orks, weapons, and ships. You can't colonize worlds and must raid already inhabited worlds, either occupied by other Xenos, feral Orks, or an existing Ork WAAAGH!/Warband. To gain resources, just park your fleet in orbit of the planet. If you own enough worlds, you are considered an Ork Empire, a ruler of a region owned by Orks, in this case, you. Research is non-existent, basically the larger you are, the more Ork teknology you have at your disposal. Your units are equal to non-super units of the Imperium (eg. the Imperial Army/Guard forces), and you don't have units as strong as Astartes/Titan legions but you can afford much more similarly strong units, like Gargants and Skarboyz. Your main strength is your numbers, having the ability to garrison every world with relatively equal military forces without any logistics issues like the Imperium.

In short, you gain more by raiding (similar to how the Imperium expands, by assimilating lost human colonies, oops forgot to mention that in the Imperium section!), your military is not as strong as the Imperium's however, you have the most numbers, and can literally garrison every damn world with a gargantuan amount of units, and developed worlds are tough nuts to crack, to say the least. 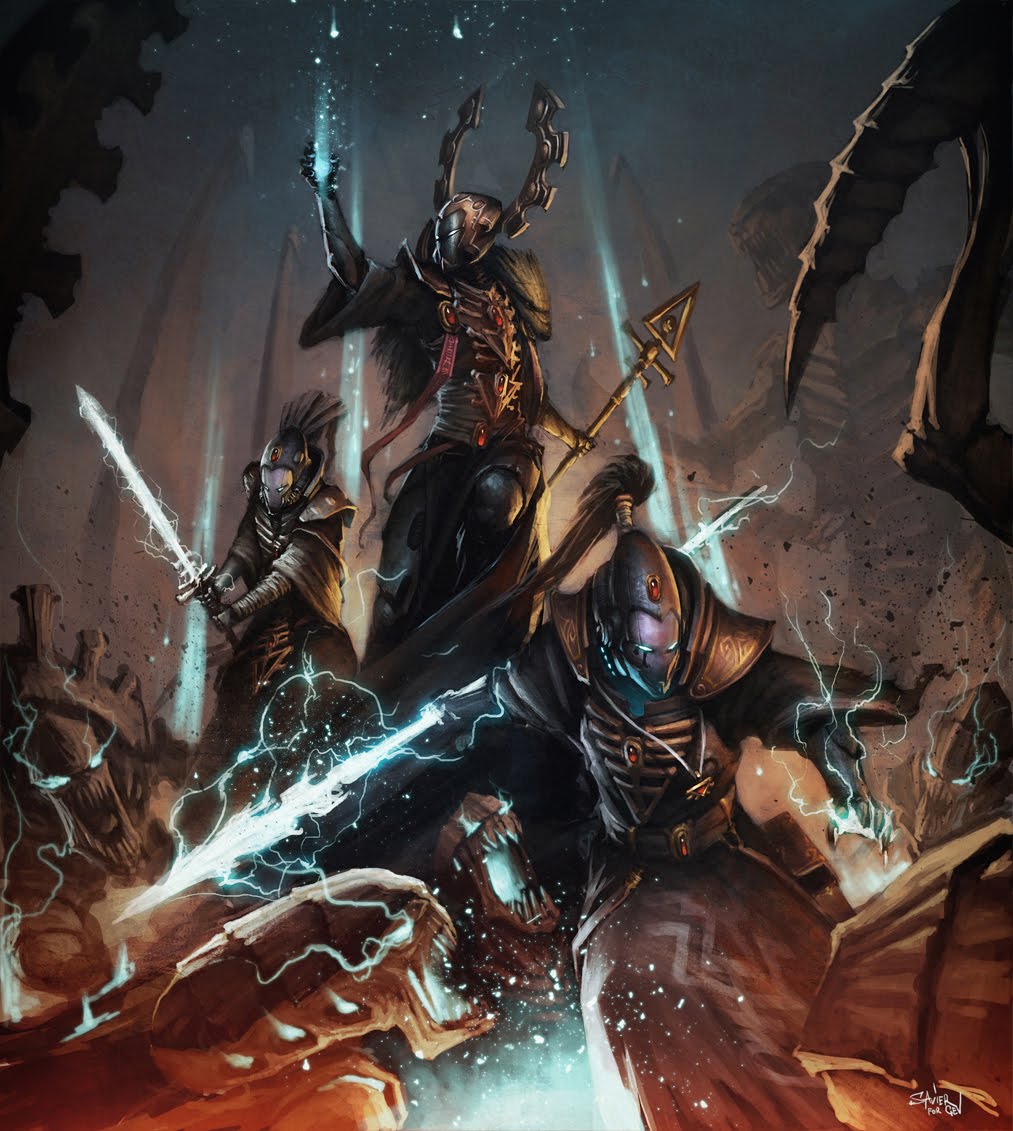 Last but... least? Well, I don't have much planned for this faction (yet) so this section should be taken with a few more grains of salt. Unlike the Imperium and Orks, the Eldar will have limited numbers, they will not have any squishy cannon fodder units like the Imperial Guard or small Ork mobs. All their units are quite powerful, though not as strong as the Imperium's you will have more of them than the Imperium. Expansion will be fairly slow compared to other factions. While the Imperium can assimilate lost colonies and the Orks can raid worlds and turn them into Ork infested worlds, the Eldar can only colonize, and this process takes quite a while (Though you can colonize barren worlds via tech). However, their defenses will be quite hard to penetrate, regardless of how developed the planet is due to your large amounts of semi-OP units allowing you to garrison worlds with powerful forces (as opposed to large amounts of weak forces that garrison Ork worlds). Research is stagnant, you are the damn Eldar, the most technologically advanced empire in the galaxy, the most "research" you do are developing tactics against other factions.

In short, the Eldar progress very slowly in terms of expansion. Their military is a force to be reckoned with yet not as powerful as the Imperium's angels of death and god machines, though more numerous and can effectively garrison worlds with a few strong units.

Alright, this dev thing has already become way too long. Right... so I'll just end it off here.

I'll be making monthly dev diaries or updates detailing my decisions in development and my progress so far. Alright, see ya next month! Cheers!

Eagerly awaiting this mod's first alpha version, it's a big task to be sure but with enough dedication it's certainly possible to make a good 40K mod for Stellaris, good luck man!

You should do this because I can't wait TO BURN THE HERETICS, THE EMPEROR PROTECTS

i made a MODDB account just to comment
thank you so much for making warhammer 40K content
im glad to see active members of the fanbase
40K mods need to increase because lets face it
they ****** up dawn of war III
and the old ones only have so much reply value
so unless they use a working nice recipe for us in the next game
its up to the modders in the fanbase to keep it alive
thank you for making this!
you have my full possible support

Ayy if this turns out well im gonna get this game!

Why not get the game now?! its really fun and considering the newest expansion pack is already out as well not too mention the game is on sale now as well

Too Many Colours Stellaris