VTMB: Camarilla Edition is an Expansion Overhaul that completely changes the game mechanics and how we approach the game of Bloodlines. After playing through Bloodlines over 10 times the replay value has decreased, and we started thinking of ways to improve the game to make it much more realistic. I have long since been a fan of Bethesda's Open Ended Sandbox games so that is the feel I wanted to bring to Bloodlines. One of the biggest problems with Bloodlines is that you never get the sense of BEING a Vampire. I mean you have powers and you drink blood, but only to fuel those powers most of which are extremely short lived. Not only that but I have never dropped below a humanity of 10 because I was never in danger of going hungry. So what we did was completely overhaul how everything from Feeding and Regeneration, to Bloodpool and Disciplines work, giving you a completely new experience to Bloodlines unlike anything you've played in the past.

This contains no new content. It is just the final version (1.7) of Camarilla Edition for bloodlines mod loader with installer. As always, no support or questions answered here on ModDB because I almost never visit the place. If you need anything, visit planet-vampire.com. 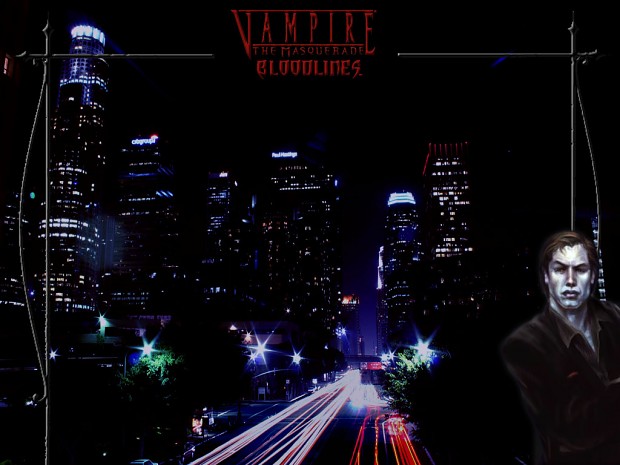 Great! the game opens but when I press "New Game" it crashes!! :( I installed it on a clean VTMB folder for steam but it's not working and keeps crashing!

I tried so many times..

I really wanna play the Camarilla Edition but none of the sites I've downloaded it from seem to have the right files or explaination on how to use the mod or where to put the files or what to do.. :(

Do something about the running walking and crouching animation its very silly.

Got it working lol :D

use the unoficial patch (the most recent updated one)

i'll be making a video tutorial soon on how I do it :)

This course of action was recommended by the mod developer at forums.planetvampire.com and it worked for me.

not everytime but sometimes. mostly after i did a Loadgame, then return to main menu to start a new game. is there a way to fix it? or did i somehow mess up the install?

hi great work !!! one question is this compatible with the latest
Unofficial Patch 10.1 by Wesp5 ?