Welcome to the shield-wall. Hold firm your spear and your shield, the time for blood-letting is here. Whether you fight for the Allfather, Óðinn or for the Christ Almighty - now is your time, let forth the ravens of war! Vikingr strives to recreate the dark ages of Northern Europe. Choose to fight for Norðmenn, Engle, Normant, Goídil or the Eastern Rusĭ amongst the cold beauty of new, unforgiving landscapes.

After more than two years since the release of the first version the Vikingr development team is proud to present Vikingr 1.0. In the attempt to represent a wide selection of the old northern european peoples the Engle, Normant, Rus and Goídil have received a lot of attention in the previous patches. With this patch, after much tweaking and polishing, the Norðmenn themselves see a final overhaul with much of their old content reworked and expanded, to take their worthy place as namesake of the mod. Includes fix to the original 1.0 version. This mod is standalone. Don't install it on your Warband folder.

Note: Extra Content:
A couple of client-side, optional fixes have been released to add extra polish to the mod. While you do not need to install these in order to play Vikingr with other players, it is recommended:

Made shorter polearms unable to block

Fixed inconsistencies with weapon dropping
All helmet prices lowered by 25% 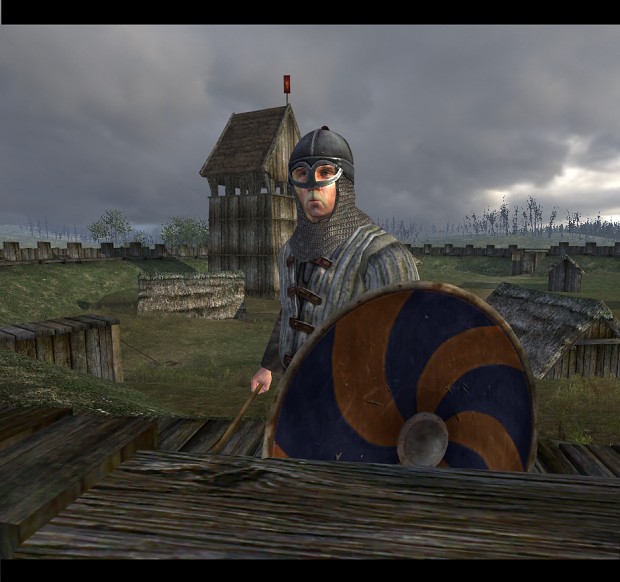 Do I put the files for this in the main install directory and let them over write the existing or is there a different folder I put it in?

No, it's installed as a standalone application with its own icon to launch!

The mod hasn't a singleplayer, has it? :/

it's only multiplayer mod?

This mod is Multiplayer only.

I have a problem. RGL ERROR. Unable to open file:CommonRes\new_ui.brf..... any ideeas... Thank you.

Did you install it on its own folder, separate from the standard Warband folder? If you didn't, uninstall and try again.

Everytime i try to join a server with players on, it says i have the wrong version.. Help please.

does it works with warband 1.158 version?

It's standalone. As long as you have a valid key, it'll work, regardless of which version of Warband you're playing.

is there any special way you need to install or open this? I've tried it in the mount and blade 'modification' folder and where the installer defaults it to but whenever i open it it instantly crashes. i know it will work on my computer because I've had it working before. can someone help me?

It should work from any folder that isn't in the Warband folder structure. Are you running it using the WSE loader?

Hey, I had a blackout right in the middle of Vikingr installing and now I don't know how to get the installing back on

Is this mod still active as a Multiplayer? I'd love to play it.

when i launch the game, it says i need to buy the game (MNB) despite the fact i have it

That probably means you need to enter your CD key.

I entered my cd key, it said unable to connect to activation server even though my internet it working fine. It's not my firewall either. I tried manual activation but it said access denied!

Do you have any issues joining Native servers? That sounds like an issue on Taleworlds' end.

No I don't appear to. I'll double check to make sure. The possible solution turned out to be a five-key to four-key converter. Something I don't need as my product key is 4-keyed.

Any ideas on what I should do?

Other than reinstalling it, I can't really think of anything. This particular issue has never popped before as far as I know, and like I said, unability to connect to an activation server sounds like a problem on TW's end. I'd recommend asking in TW's Tech Support forum, but if Native is working they're likely to just blame it on the mod. In that case, you might get more responses at Víkingr's Bugs & Problems thread: Forums.taleworlds.com

Asks to activate my CD key My CD key is already entered when I click activate. Its denied everytime I click activate. This is a legit version. I own it on steam. I also own the DLC M&B:NW. I cannot play MP with this mod because of this. I tried manual activation and it gave me the same error when I entered the long code it gave me.

Same problem. There doesn't seem to be any answer to this in the forums. Help?

******* waste of time if you have the newer steam version apparently people can't play because of some cd key problem.. Well this is surely the last ******* time i'll buy a game for a mod.

I beg for singleplayer.

I can't play multiplayer for some reason. The option is greyed out.
I have downloaded the mod via the launcher onto my desktop as its stand alone, but yet it won't let me run multiplayer. Custom battles work though.
Please help

its a multiplayer mod?