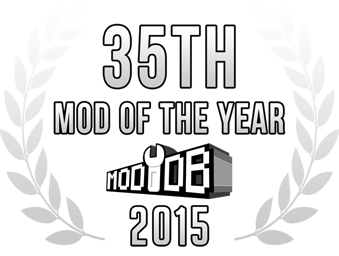 UGX Mod Standalone is not a typical mod that any user can download. It is specifically designed to be used by map creators to enhance their maps. If you want to play UGX Mod Standalone, you need to find maps that are running it. You can find them easily on our website, UGX-Mods.com

Timed gameplay can optionally be activated on all five game modes, and on certain UGX official map releases there will be an option to enable objective gameplay too; this will be specific and unique to individual maps.

Fight off hordes of zombies with a brand new arsenal of epic weapons, including totally custom-built guns from UGX!
We've also been working very hard to include a huge selection of modern weapons from Modern Warfare 2, Black Ops I, II, and III as well as awesome wonder-weapons such as the Thunder Gun, Winter's Howl, Scavenger, Explosive Crossbow, and more!

Akimbo weapons that you can fire and reload independently - coming in UGX Mod Standalone v1.1.

Zombie King of the Hill in UGX Mod Standalone v1.1!

We have adapted our own version of the classic King of the Hill gamemode for World at War zombiemode! There's PvP killing, zombies, and flag-capturing...

We've got more new weapons to show you guys - this time the focus is on pistols, but there's a little surprise waiting for you near the end of the video...

Chaos Mode is a new gamemode added to UGX Mod v1.1 which we think Solo players will REALLY love (but don't worry, it's fun in Co-Op too!). Your goal is...

NOTE: This download is only for map creators! Take a look at ugx-mods.com if you want to play custom zombie maps. This is the current version of UGX Mod...

How can the program be opened?

Can you make this mod for Single Player Campaign? I'm sure it will dramatically increase the replayability of the game.

Will this ever come out? Or was this just one of those hype things that burned out?