Tier666TA is a bot AI modification focused on replay value. Bots can now move around just as pro players do. To play this mod, you need both Quake3 Arena and Team Arena installed on your PC.

"Tier666 Team Arena Edition" or "Team Arena Redux" is a bot AI modification for QuakeIII Team Arena. Bots can now move faster and act more unpredictably. You can expect more on enjoyable opponents. With version 6.0 you can expect much more on bot performance in q3dm6. You need to have retail version of both Quake III Arena and Team Arena installed on your PC.

It's been just a week since the release of v5.0. But here it is because development PC is abnormally ringing these days. :). With version 6.0 you can expect much more on bot performance in q3dm6. 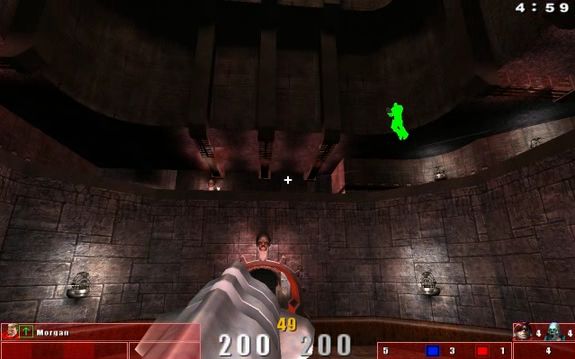 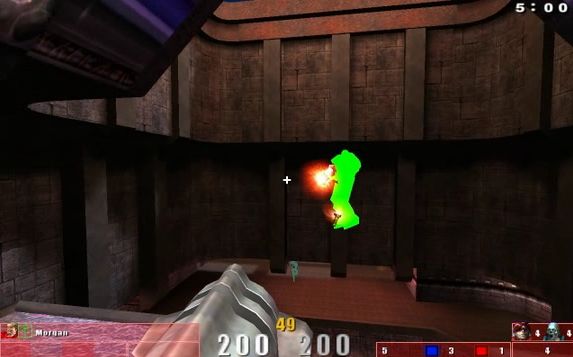 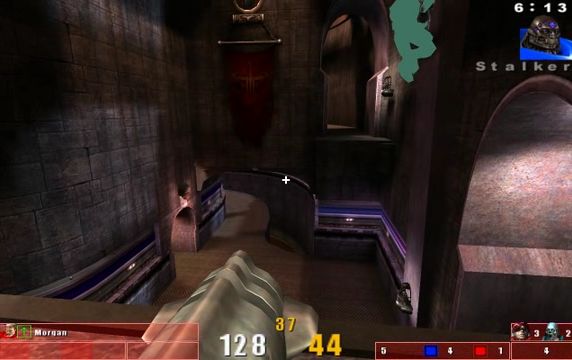 - make sure you have retail version of both Quake III Arena and Team Arena installed on your PC, ideally patched to v1.32
- unzip the contents of tier666TA-6.0.zip to your Quake3 folder, so that "tier666TA.exe" sits in the same directory with original "quake3.exe"
- double click "tier666TA.exe" to play

WARNING: You can't use tier666TA.exe to run other mods, including original Quake3 Arena.

All new gametypes are round-based.

[ Kamikaze Rush Hour (based on One Flag CTF) ]
- every time a player catches white flag, kamikaze timer is activated on him
- explosion can only be activated by this timer
- best played with small/medium sized simple maps

[ Harvester Redux (based on Harvester) ]
- if one team delivered skulls, current skull status is reset

[ Clan Arena ]
- spawns with 200 health/armor, full weapons and decent amount of ammo
- fight till one team is exterminated

* Change Log *
v6.0
- added a new external waypoint system that is more reliable and is much easier to setup in radiant
NOTE: mdk(map development kit) is now available as a separate download
NOTE: you don't have to recompile bot file, just have to create an additional small bsp file in a second
- added a customized version of q3dm6(ffa) whose item placement is almost equivalent to pro-q3dm6
- added a customized version of q3dm6(tournament) whose item placement matches the one with Quake Live's
- added a customized version of q3dm6(clan arena) in which bots make full use of new waypoint system
NOTE: current waypointing is least enough, there are a lof of potential left for you to make it better
NOTE: if you made a killer waypoint or item placement for any map, feel free to upload it to addon section in moddb :)
- added q3dm6 in single player tournament
- removed a CVAR "hopper_allow_godlike"
NOTE: an entry of removed CVAR is still left in "q3config.cfg" that can safely be erased
- added a new CVAR cg_fragFeedbackStyle

v5.0
- added *new* map entries in single player mode for quickies
- added a new gametype "Clan Arena" (g_gametype 8) with bot support and "arena region"
NOTE: q3dm7 makes use of "arena region" as an example, this can matter only when playing against bots
- added more tactical AI per gametype (decision criteria whether to be aggressive or not)
- improved spawn locations in 3 terrain maps for "Max Overload"
- improved map filter in start server menu with more entries (CPM/OSP, Threewave, Rocket Arena)
- arbitrary skybox can now be shown with r_forceSkybox and r_skyboxImage as long as the level has sky
- fixed a critical bug in round based games where round never ends if player gets fragged after team wins
- added 2 render modes just for fun
NOTE: this is set by r_simpleTextures, -1:prototype mode, -2:blueprint mode
NOTE: some render settings(vertex lighting, fast sky, obb, picmip, texture intesity) are forced in these modes
NOTE: r_lineThickness and r_lineBrightness, to change the properties of border lines
NOTE: in these modes texture color is affected by the color of fastsky

v4.0
- based on q3hopper engine, all codes are completely rewritten to be more generic
NOTE: some of the old wacky features are permanently/temporarily disabled
- bot movement is now completely prediction safe
- added Tier666 features in menus
- Tier666 CVARs are now written to "q3hopper.cfg" and "q3tier666.cfg" respectively on quit
- fogs can now be completed eliminated through "r_drawFog"
- "r_minLight" can now affect all the dynamic/static vertex color as well as lightmaps
- added a new feature to sample player jumps from demo file for use as a set of helper waypoints toward target item
NOTE: only normal jump can be sampled properly (no walking/running, no rocket jumping)
NOTE: up to 16 sets of waypoints can be loaded for each map, and each set can have up to 8 jumps
NOTE: you can't expect bots to roam the whole level only with this feature

till v2011
- replaced legacy S3 texture compression format with newer version, resulting in better quality and faster loading speed on some gfx unit
- extended the behavior of weapon bar (ammo stocks, match timer and MH/RA/YA respawn timer can now be informed during switch)
- added a new player movement, that is, Quake Live style "bounce pad" double jump
NOTE :
- it works as if kicking a wall, so you must try to move toward a target wall just before pressing jump button, but once kicked or bounced, you might want to flip the input direction to gain air acceleration or so as not to eliminate it
- the sooner since jumped off, the more kick speed gained

cl_captureJumps - dump jump data of following player to a file(wps/[mapname]/[mapname]NN.wps) while playing demo - default:0
com_bspScale - scale the size of level on the fly (bots are not supported after scaling, just for fun at the moment) - default:1.0
cm_entityGametype - use gametype specific entitis for the map, valid range from -1 to 8 - default:-1(don't use)
NOTE: this will be implicitely set to the same value with g_gametype as long as game is started from menu, otherwise it must be set explicitely

//g_arenaIndex - set the 1st area index that will be played (Clan Arena) - default:1
g_arenaRepeatCount - set how many rounds will be played in each arena till moving to the next (Clan Arena) - default:2
g_skipRoundOnHumanDeath - when one human player died, his team instantly loses on round-based games - default:1
g_oneFlagKamikazeTimerBase - base time in second till white flag carrier activates kamikaze - default:10
g_oneFlagKamikazeTimerRandom - random plus/minus factor in second for above - default:3
g_ffaBotKamikazeRevengeBehind - bots start to spawn with kamikaze, when their scores are behind leader's by this value - default:10
g_ffaLynchlaw - bots try to attack only human players - default:0
g_tourneyBotRune - bots spawn with a rune in order, excluding scout - default:1
g_tourneyBotFullWeapons - bots spawn with full weapons and 666 ammo counts available in the map - default:1
g_singlePhase - do not swap offense/defense on new round, offense team is always blue, defense is red - default:0
g_rescueFallenBots - teleport bots who fell into critical trap - default:1
g_botStrafeTappingMethod - use different tapping method to avoid LG/RG, valid value from 0 to 2 - default:0

[for protection of eyes/nerves]
r_darkenWeaponEffects - darken weapon effects, up to 2 bits - default:0
r_freqScale - scale the interval of blinking textures - default:1.0

[etc]
r_clampToEdge - fix black seams around skybox - default:1
r_normalizeByColor - prevent over-lit textures turn white out - default:1
r_zFarScale - scale the value of zFar (never draw anything whose distance from player exceeds this value) - default:1.0
r_forceCullBack - always cull backside of polygon, or never draw as two sided - default:0
r_forceSkybox - force using skybox that is specified with r_skyboxImage - default:0
NOTE: r_fastSky has higher priority
r_skyboxImage - use this skybox if r_forceSkybox is enabled - default:"textures/skies2/nebulax"
NOTE: a plain path to 6 images without directional suffix must be specified, not a shader name

Special thanks to id software to release full source code.

You are NOT allowed to commercially exploit this mod, i.e. put it on a CD
or any other electronic medium (e.g. that would be included with a magazine)
without my explicit permission.

You MAY distribute this mod and associated files through the (internet,
FTP, local BBS etc.), provided you include this file and leave the archive
intact.