TGSW is an ASOIAF mod that lets you play out an altered version of the multi-sided conflict that spans the book and Hbo series.

What if Daenerys invaded much earlier in the war and captured the Crownlands, pushing the Lannister/Tyrell court west? What if Stannis' defeat on the Blackwater was much less catastrophic and he still had a formidable army left to hold the Stormlands?

(This is essentially converting the 3 sided Imperial civil war from vanilla into Joffrey, Stannis, and Dany fighting over the Iron Throne.)

What if Robb's Kingdom of the North and Trident never crumbled and the Red Wedding never happened? What if the Free Folk broke through the wall and began invading the north, forcing Robb to fight on at least 2 fronts against both them and the Greyjoys?

What if Doran Martell declared Dorne's independence, deciding Daenerys can not bring him the vengeance he desires?

TGSW will let you shape Westeros's future in what ever way you wish.

How it started and future plans

I've wanted for some time to make a bannerlord mod of a franchise that I adore, such as The Elder Scrolls or ASOIAF. I'm pretty new at modding, yet I found myself up for hours into the night modding the various factions of warband into ASOIAF factions through their troop trees, lords, banners, etc. Although I never made anything worth releasing (there are 2 amazing Asoiaf mods for warband after all) I still had a lot fun modding regardless, and knew I wanted to work on something for bannerlord worth potentially releasing some day.

My first idea was a divided North before the arrival of the Andals; with the Stark, Bolton, Umber, Barrow, Marsh and other kings all battling one another for supremacy of the North. Although it would have been simpler to convert the map, factions, lords etc. from vanilla, I realized that the mod would be pretty bland as far as faction/troop diversity. Most troops would be utilizing Battanian equipment(+ a bit of Vlandian an Sturgian) until I began creating/editing and importing my own equipment. Inevitably most factions would be fur clad warriors who exclusively used copper as Iron was either rare or non-existent in Westeros pre-Andals.

After I set aside that idea, (you never know I may pick it up again) I started thinking of an alternate version of Aegon's conquest where all 3 of his dragons get killed or severely injured post the destruction of Harrenhal. This would mean Aegons faction with the Crownlands and most of the Riverlands would just be an eighth kingdom fighting against the Durrandons, Arryns, Gardeners, Lannisters, Martells, Starks, and Greyjoys. (the Ironborn would probably declare Vickon Greyjoy king as soon as they saw the Targaryen Dragons go down and the conquest grind to a halt) Like the first Idea it had the non-static warfare element that makes M&B so great, but would have more diverse factions in a more relate-able time period both lore and armor wise. However, one issue it has is the lack of named, compelling characters aside from Aegon and his sisters.

Ultimately I decided to go with a modern take on the the failed conquest idea. This would mean a non-static war involving virtually all characters from A Clash of Kings on. (Sorry Ned, Robert, Drogo, Viserys, and Renly Lol) This also means I can utilize the 3 sided Empire situation, as 3 factions are locked into conflict to gain the Iron Throne, and then proceed to reconquer Westeros from the independent factions. (Stannis, Joffrey, Daenerys) 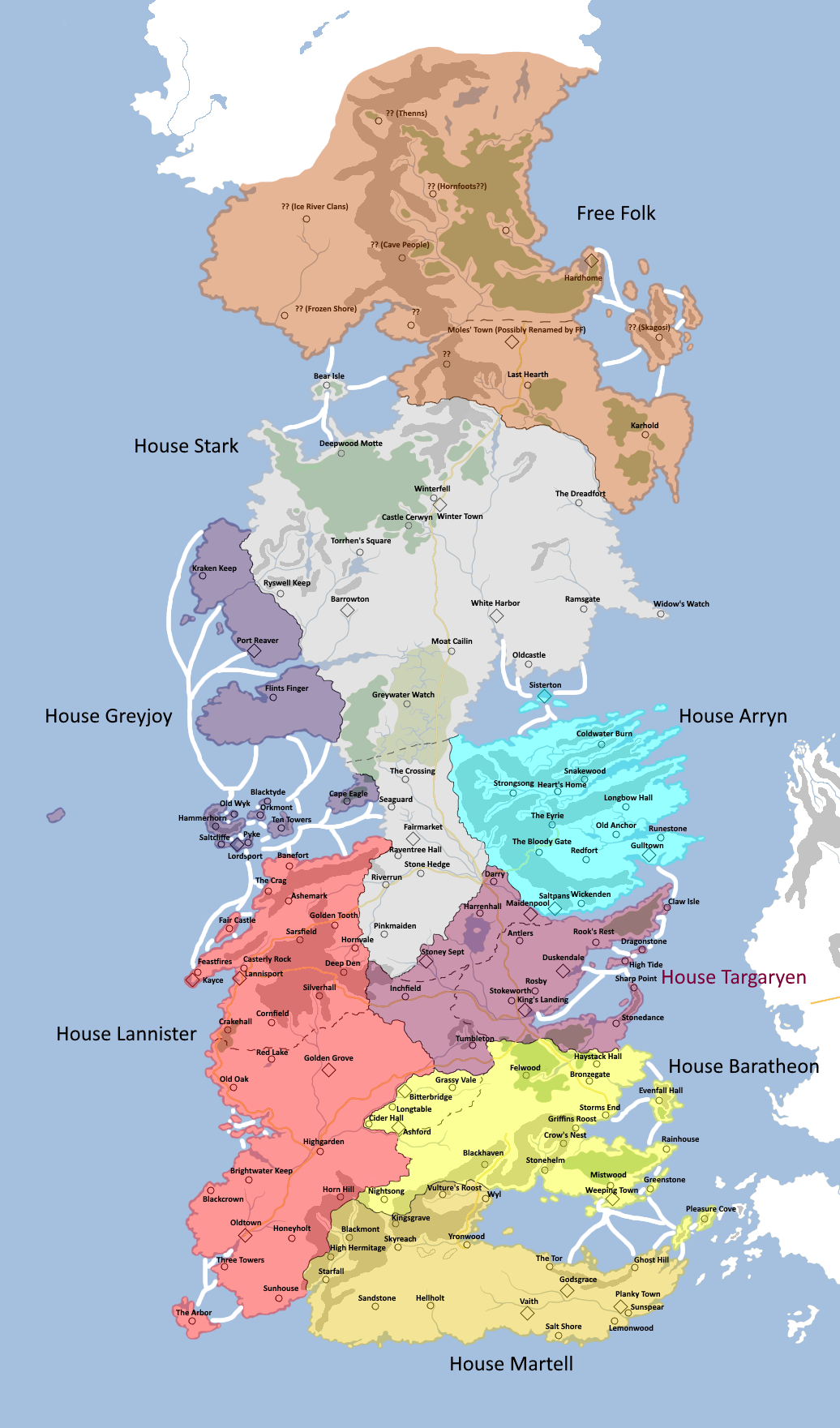 Once I complete the campaign map, factions, and troop tree's (using re-arranged, and re-textured stock assets) I could probably release an initial version as I begin to slowly fill out the mod with custom equipment and scenes for the various iconic locations. I have a pretty good idea of how I want to do troops, utilizing a little bit of show material as well as units depicted from Cmons table top game for the later (4-5) tier troops. I'm fairly new at blender but once I start creating unique armor, I don't think I'll have any problems with other Asoiaf mods using them if they wish. 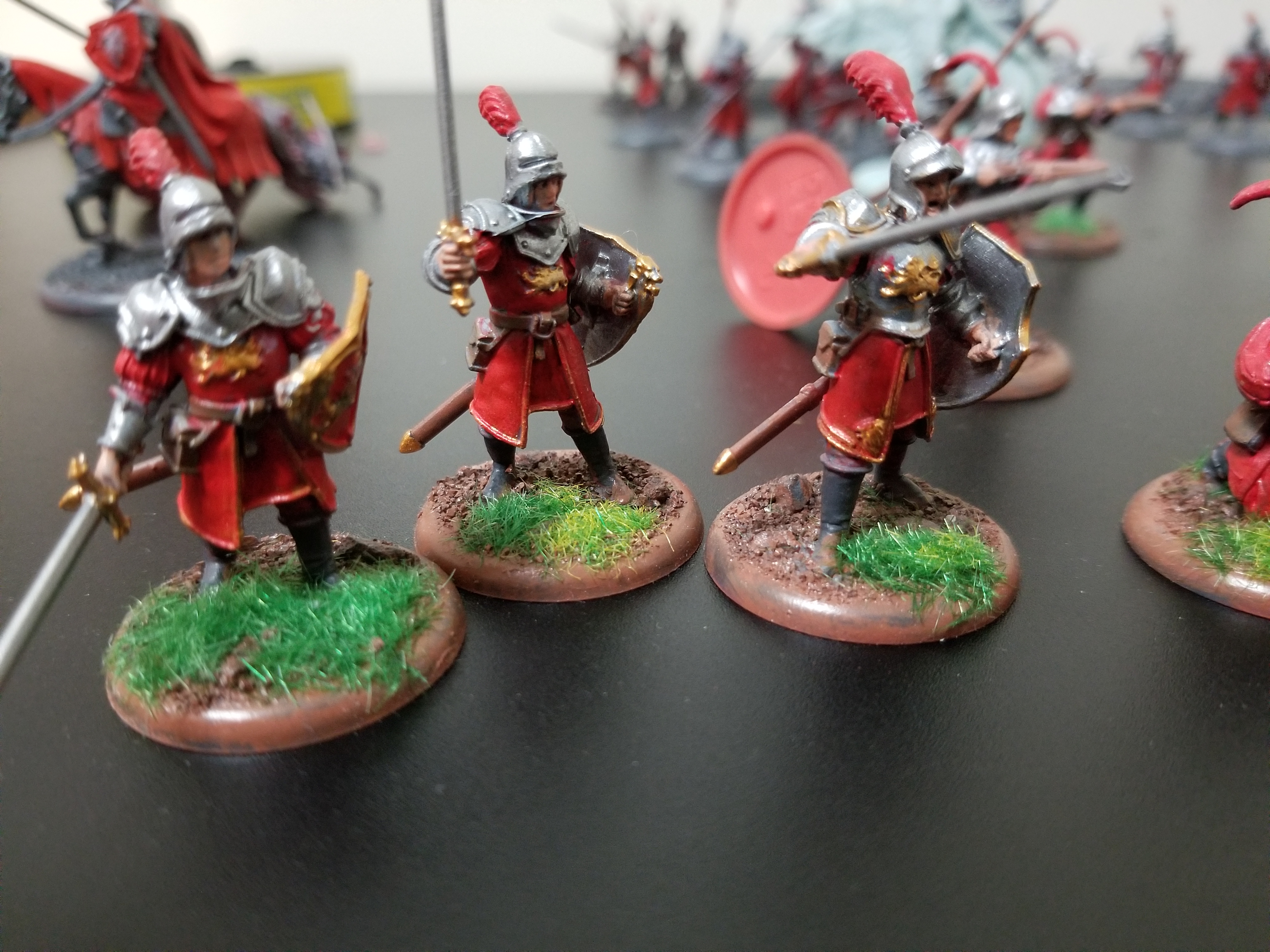 All in all this is a hobby for me, but I may as well post the mod to show the community (and myself xD) I'm serious. Also getting potential feedback from posted progress will be a boon as well. Although I mostly am working on this myself, I may one day down the line begin looking for help with things such as music, certain custom assets, etc.

I plan on releasing one or two more articles detailing my plans for the factions and troop trees, however that should be it for a while. Once Bannerlord is out (and I've played it a good bit lol) I'll probably begin to do weekly updates on progress.

Dude, god bless you, you're not basing your models on that god-awful show aesthetic

Greatings! I like you idea. I love the models from CMON, they look for me much better than in the tv show. So is the mod still alive? No updates here for months

Yes, I still definitely have plans to mod Bannerlord into Asoiaf in some form. Right now there isn't a ton I can do until mod tools are released, so it may remain quiet for a bit. Once I have something worth showing though I will begin posting more. :)