Hello once again to you, our utterly amazing fans and critics! Thanks to your feedback and support, we're working on The Core harder than we ever have before and it's leading to something that myself and Urby are hugely proud of.

There has been a lot of blood, sweat and tears but we're really within sight of the finishing line now and we definitely wouldn't have gotten this far without you guys - I genuinely mean that.

Before I get to the media, I'd like to announce an exciting partnership with PlanetPhillip who will not only be publishing The Core when it's complete, but is also going to host a competition during the launch week with prizes for you to win by playing the mod - more details on that closer to the time. PlanetPhillip is also going to be hosting some exclusive media and behind-the-scenes shots from Hammer in the meantime, and has already run a short preview article. You can check that out here.

In stark contrast to the last media update, Urby is now working on a horror section where the player will have to overcome a unique and problematic enemy who spends most of the chapter stalking from afar. It puts up quite a fight and provides an explosive finalé to one of the most suspenseful chapters in the mod. Check out some of the screenshots here: 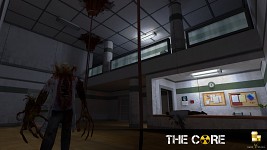 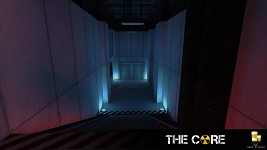 Meanwhile, now that I've pretty much finished off the massive Cendark chapter (the one with the trams that received an overwhelming amount of feedback here, thankyou guys!) I've moved onto a brand new area - one of the final sections. Finally within sight of sunlight for the first time in hours, the player is going to be pushed to the absolute limits one last time before escaping. Check out some screenshots here: 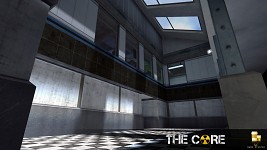 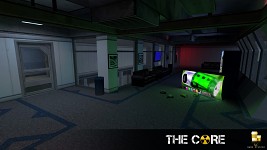 There's more to come soon, and as always we'd love to hear what you think about this update! Let us know in the comments - we read every single one, and will reply to any questions.
Finally, if you want to help us out, please share this mod amongst your gaming communities! Let them know about it so that we can reach the widest audience possible and hopefully entertain as many people as we can!

all hail to Urby

No no, it's cool Archie. I don't mind him praising me for your work.

If we'd left it up to you... it would never be finished ;)
RChi get's the kicker-of-urbys-arse mention on the credits - along with most other things

So far it looks like one of the best Black Mesa themed mods! Just look at fantastic map design! Gorgeous!

And the details are just outstanding!

The only thing that is bothering me are the textures. To me they still look unrealistic, as if they are made from a white image with drawing software (unless they are made that way), instead of using an edited photo. Cry of fear- all the textures are made from photos. But I guess you will have a bigger problem finding appropriate surfaces in the real world. But it will be well worth it!

Any specific examples? We flat-paint our textures then use photos to detail them.

Will there be a beta/demo for this? only like 1-2 levels of gameplay?

No. We have a team of dedicated playtesters - it won't be public.

At this point, I think I'm looking forward to The Core more than Black Mesa.