Things have once again gotten quiet on the ModDB front regarding our little project. Things are happening away from The Core that are taking up our time once again, but progress is creeping along and we recently hit a major landmark.

Time marches on and The Core ModDB remains largely stagnant. Away from the mod, it's already a big year. First, family affairs. If this is of no interest to you, skip to paragraph 3.

WHAT'S THE HOLD UP!?

My son is a year old and starting to take his first steps, my daughter is four and will be starting school in the coming months. I'm excited, but apprehensive. On top of this significant stepping stone, she has also been officially diagnosed with a receptive/expressive language disorder. Long story short, she doesn't speak and cannot understand when she's being spoken to. It's a lot of hard work on a daily basis. This will make school life difficult to put it lightly.

However, you're here to find out about the mod. Well, following a recent discussion (literally within the last 24 hours) Archie and I have decided that it is time to get more people playing The Core. Files have been prepped and compressed and we have discussed the details with a number of people closely related to the project. This weekend, during the Easter break, we are officially entering Closed Alpha! 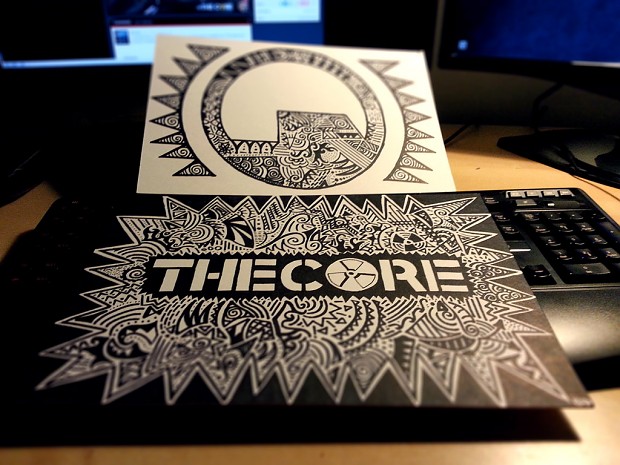 There is still work to be done. A lot of the story and dialogue only exists on paper (or in a document more specifically) but we will also be starting significant recording sessions in the coming days as well in order to nail down the major plot points of the mod.

So that's the state of things. It won't be long before people besides the development team will be playing through the majority of the mod. Much like with family developments, I am excited but apprehensive.

But always looking to the future, to the conclusion of The Core's development and moving on to other things that have put aside many moons ago. :D

Until next time,
Urby

Cant wait! Wishing you only the best with your family!

Wow, this is not only any, but also amazing news regarding the mod, nice! And as Spooky said, best wishes to you and your family!

I'm sorry about your daughter, that must be tough, all the best to you and your family, Andy.

Congratulations on reaching alpha status, that is fantastic news! Take all the time you need, I'll still be here supporting you no matter how long it takes, as will most here I imagine =)

I am sorry to hear about your little girl. I know that you're going to provide her with a happy life! Priorities, man. :)

We will all still wait patiently for your mod!

That sounds like a hell of a challenge, my dude, but you're a good dude and I trust you'll both be able to pull through. It's cool you're getting the mod out to others and hopefully you'll get some good feedback for it. Best of luck, yo!

Life can be so unpredictable and seemingly unfair at times. I wish the best for you and your family.

I immensely look forward to playing your work - but take your time and focus on the things that matter.

holy moly! its finally in alpha after so many years!

Thanks for the kind words, folks. It means the world to have so many of you still invested in The Core! <3

Always so good to hear an update, UrbaNebula. This mod and it's screenshots really have me on pins and needles, it all looks so awesome. I just hope my machine will be able to run it.

Good luck from a fellow Brit

im sure you will overcome this challange my friend, and take your time.
we hope for the best.

I send all of my best wishes to your family! Thanks for finding a time and strength for the release!

thanks for giving news ! there are good news about the core ! can't wait ! and good too luck with your family

So your kids play have played hl1