The Caldera Experiment was formed from the notion that the town itself was of little use in the game and that it's asthetic value was exceptionally low.

The very thought of a flourishing mining town set up by the Imperial giant consisting of a few houses and an equal number of facilities just annoyed me to the max.

This had to change so I set at first, about remaking the building models and was going to offer them as "replacers". I did this in one day but after walking through the town again I found it still felt empty and dull.

I tried adding more buildings (still in Bethesda's original style that would fall down if they were made for real) but the layout felt all wrong.

Time for a change. I decided at this point that the style Bethesda had used wasn't what they would have wanted if they had the processing power of the current day and set about searching for the right "look". I didn't have to look far. Out of my window in fact...

My own village in the north of England IS Caldera and I felt I had to emulate it (while knocking 700 years off it at the same time).

It's true. We don't have a Guild of Mages or a potion shop but we do have our own Ghorak Manor and a Chapel of the Nines. Hell. We even have a castle.

To this end The Caldera Experiment was born. At first only exterior's were to be redesigned and the layout of the town changed. Now of course the original tile set is no longer suitable to be able to reflect the much more varied exterior so new interiors are to be modelled for each individual building.

The video shows the first interior model with no shading, a floating entry door and Genesis playing in the background (I may fix this!)

As this project is still under construction it still has plenty of places to go. New ideas for buildings NPC's, furniture, town clutter and even back stories for individual NPC's can still be included in the final release.

If you want to throw your ore in then please do.

Thanks for your interest. 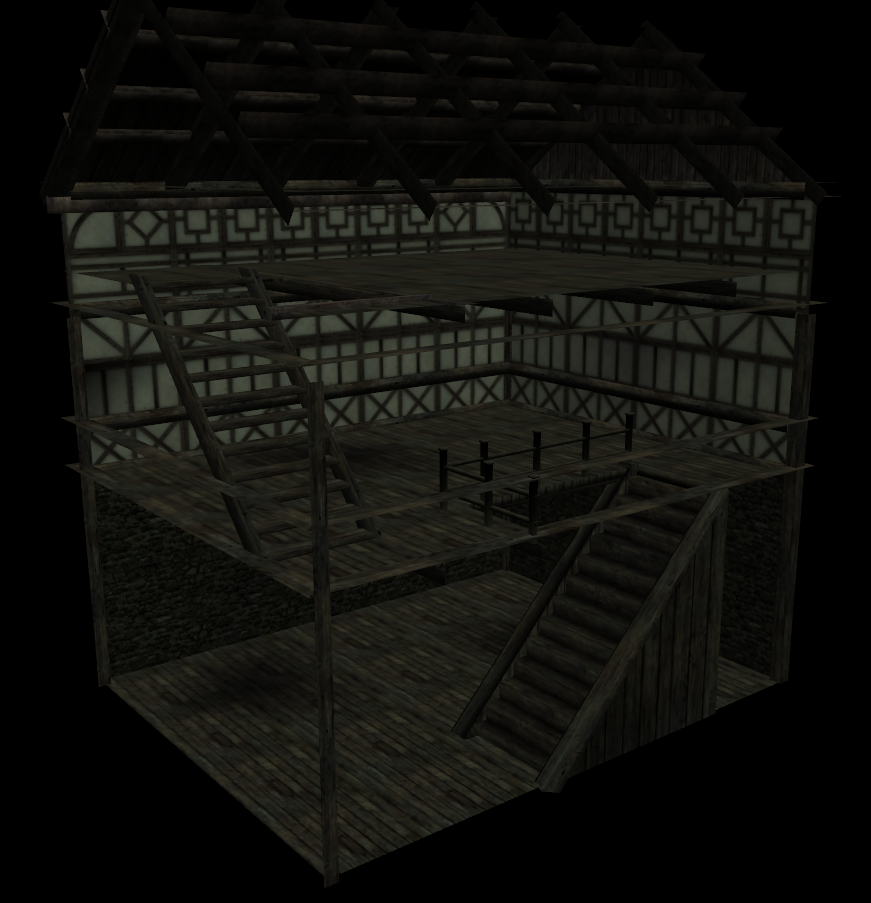 Interiors will be composed of one main single mesh with add-ons to allow replication of the exterior.

Further options are to be explored such as separate room meshes that can be used if the lighting bug comes into play.

If you would like to share your thoughts, suggestions and ideas then please come over to the Discord

A little news of new models added to game and of course my interview with DEG for anyone that can handle 2 hours of me prattling on in my British accent...

A new model for the blacksmith in New Caldera. Features upstairs living quarters, lower floor storage (open) and forge. This will replace Hodlismod's...

Dark Brotherhood Deley - Player's Choice generates a new menu during character creation that allows the player to decide when the Tribunal quest will...

Screenshots etc of all new furniture for the Imperial town of Caldera.

Looking forward to this. This mod looks amazing!

It could not lol. I'm hoping that Trance will fix that though :D

Could this possibly be compatible with Morrowind Rebirth?