The Battle of the Pelennor Fields

This mod adds six new factions of men to the Rise of the Witch King expansion allowing you to control any of the races of men that participated in the Battle of the Pelennor Fields. It has more than forty new heroes and several dozen new buildings and units for the new armies. This mod must be played with the Model Detail set to Maximum.

Relive the battle of the Pelennor Fields. Fight to defend Minis Tirith or as Rohan to come to the aid of Gondor. Or, fight as the Easterlings or Haradrim and bring about the end of the men of the west and the rise of Souron. Choose your side, pick an army and fight for the fate of Arda!

The Battle of the Pelennor Fields map.

The official map of this mod is a larger, 8 player, version of the original Minis Tirith map. To play the map historically, you need only have 5 players but if want to spice things up, there's room for 3 more. 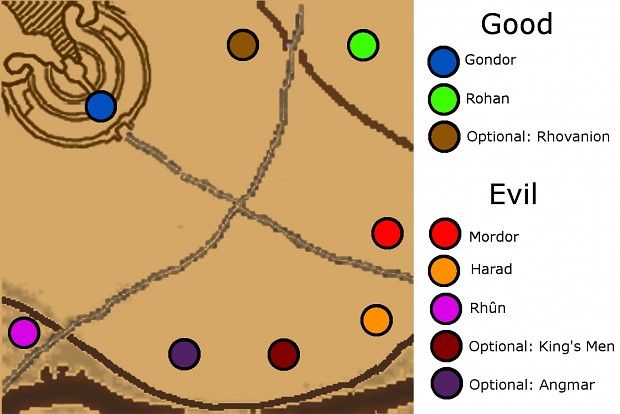 Cook tents, weapon stores and supply camps spring up all around the Rohan, Rhovanion, Mordor, Harad and Rhûn fortresses as soldiers from all sides prepare for the ensuing battle.

As the Horse-Lords of Rohan and free folk of southern Rhovanion arrive from the north, their soldiers set up camp behind them. 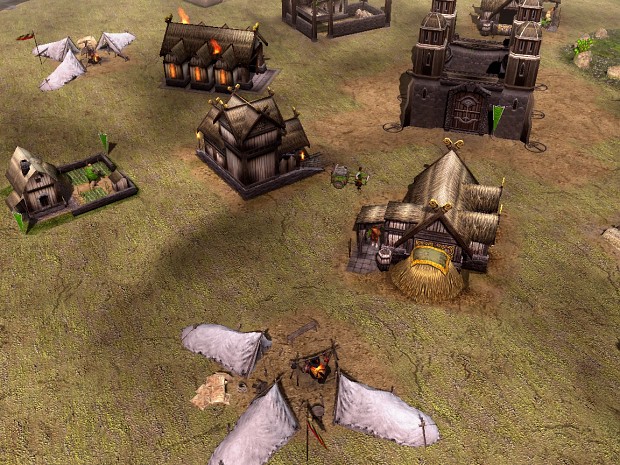 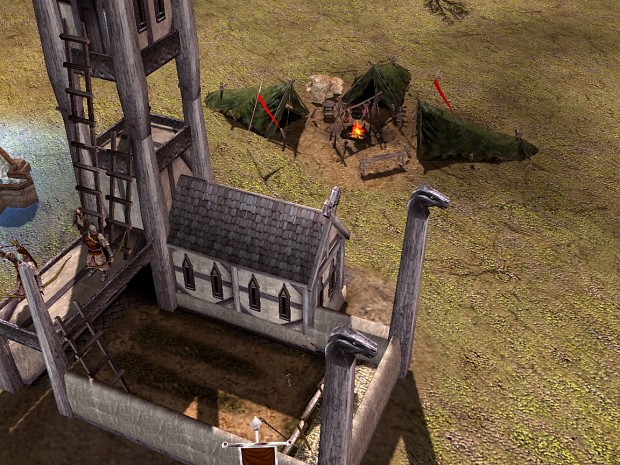 The Hosts of Mordor and Armies of Harad pour out of Osgiliath and bunker in for the duration of the siege. 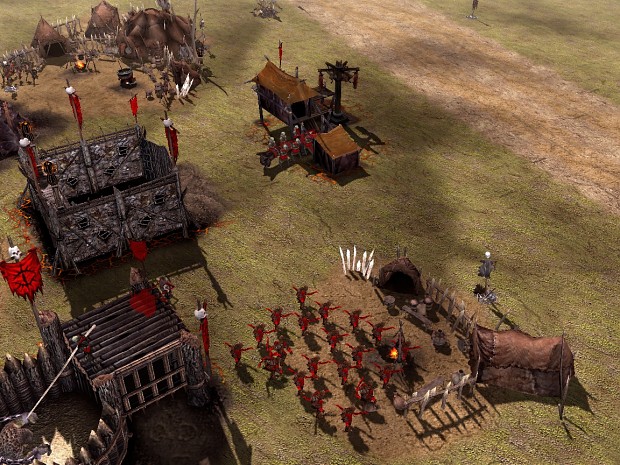 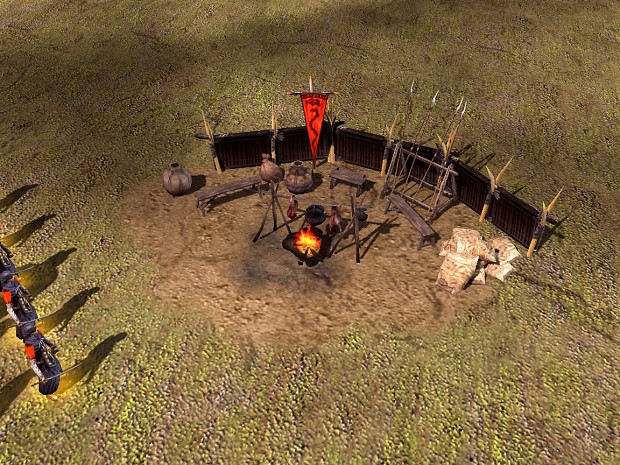 Easterlings make camp outside gates of the Rammas Echor and await the arrival of the Corsair ships at Harlond. 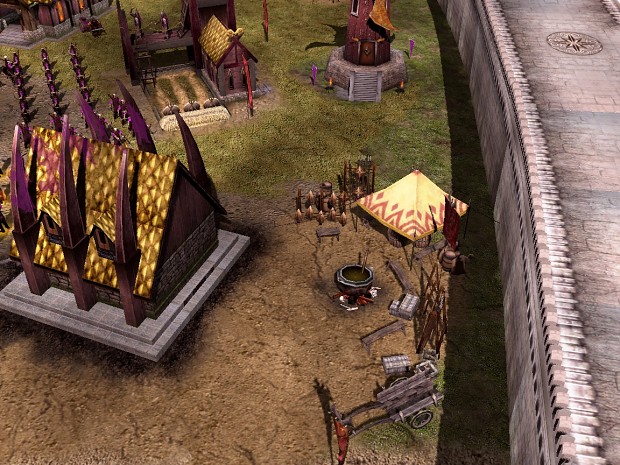 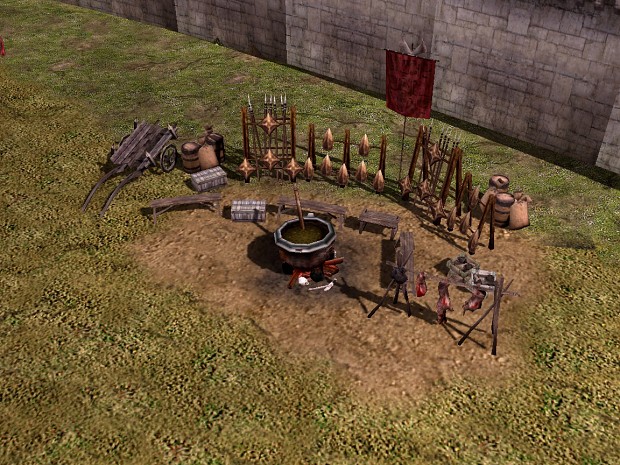 The Corsair Ships arrive in Harlond after travelling up the river Anduin. 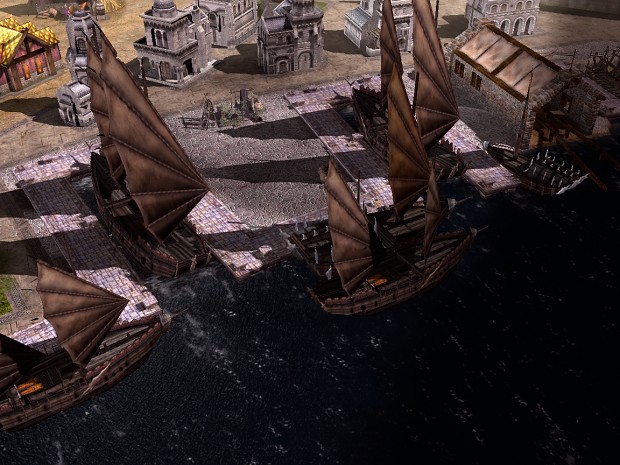 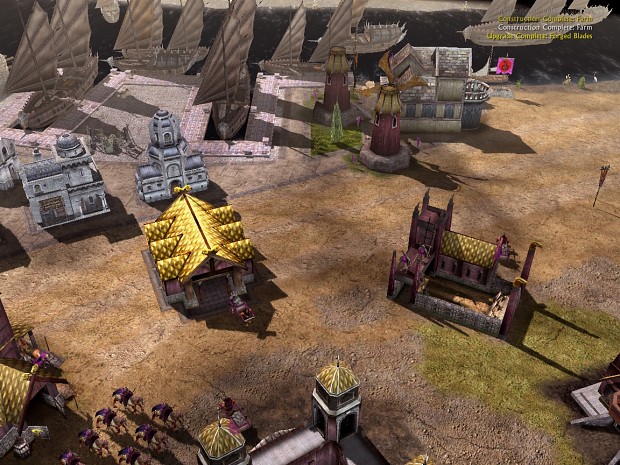 Choose your side, pick an army and fight for the fate of Arda!

This is AWESOME! :D there isnt going to be Aragorn and the dead? i hope not because i want this to be a challenge...Evil forces should already start a little stronger than the good forces

Hey, I need help!
When I start a skirmish the Rohan, Rhun and Haradrim armies are not displayed on the faction list. And when I start the game those 3 factions are invisible and in 5 seconds it is crashing! Please help me!!!

The Battle of the Pelennor Fields Battle for Middle-earth II: Rise of the Witch King
Related Games