The Battle of Roving Hills (Airborne Behind Enemy Lines)

The Battle of Roving Hills still works on LAN Multi-Player and Single Player!

This map has Single player/ Co-op Skirmish Mission and Multiplayer for Combat and Assault zones, Capture the flag does not work. Not sure why. I'm looking for a guide or videos on how to port to Men of War Assault Squad 2.It worked with no mods on. It also worked with the last version of G.S.M. Fields of Honor even though I used only vanilla game to create this mod.

The Battle of German Backyard (Skirmish mission plus objectives) NO MULTIPLAYER. LAN CO-OP not tested. AS of 11 July 2021, The Battle for German Backyard has errors for LAN Multi-Player, Single Player only, Not Sure how to fix errors to play CO-OP at this point.

(Alternate Reality Story is also on the start cinematic)

The Battle for German Backyard (Alternate Reality)
Germany vs USA/Allies, July 1943
1941, Germany Invades Russia. Moscow is Sacked by November 30th. Stalin Disappears Outright. The Japanese Attack Pearl Harbor December 7,1941. The US Fleet Decimated the Imperial Japanese Navy and Proceeded to coast of Japan to start a 6-month Siege of the entire Japanese Main Island. Japan Surrendered in June of 1942. The Allies have taken the Scandinavian Peninsula in early Spring 1943 and have had Major gains in former Soviet territory. They are at least 250 miles south past the Flattened Leningrad Ruins. We must Prevent them from Completely Surrounding Our Army Group in the recently named German Backyard of The 3rd Reich! Hitler Demands Swift Action and the Deaths of a Million Allied Soldiers!

Notes about the mission:
1) I used the Hunting multiplayer map included in the vanilla game, I never seen this map used for a skirmish. It provided for a very different battle then Skirmish battles in the vanilla game. Map features were changed in some spots. Any time you start a new game the Time of day or weather will be different. Loading keeps the same environment as when saved. 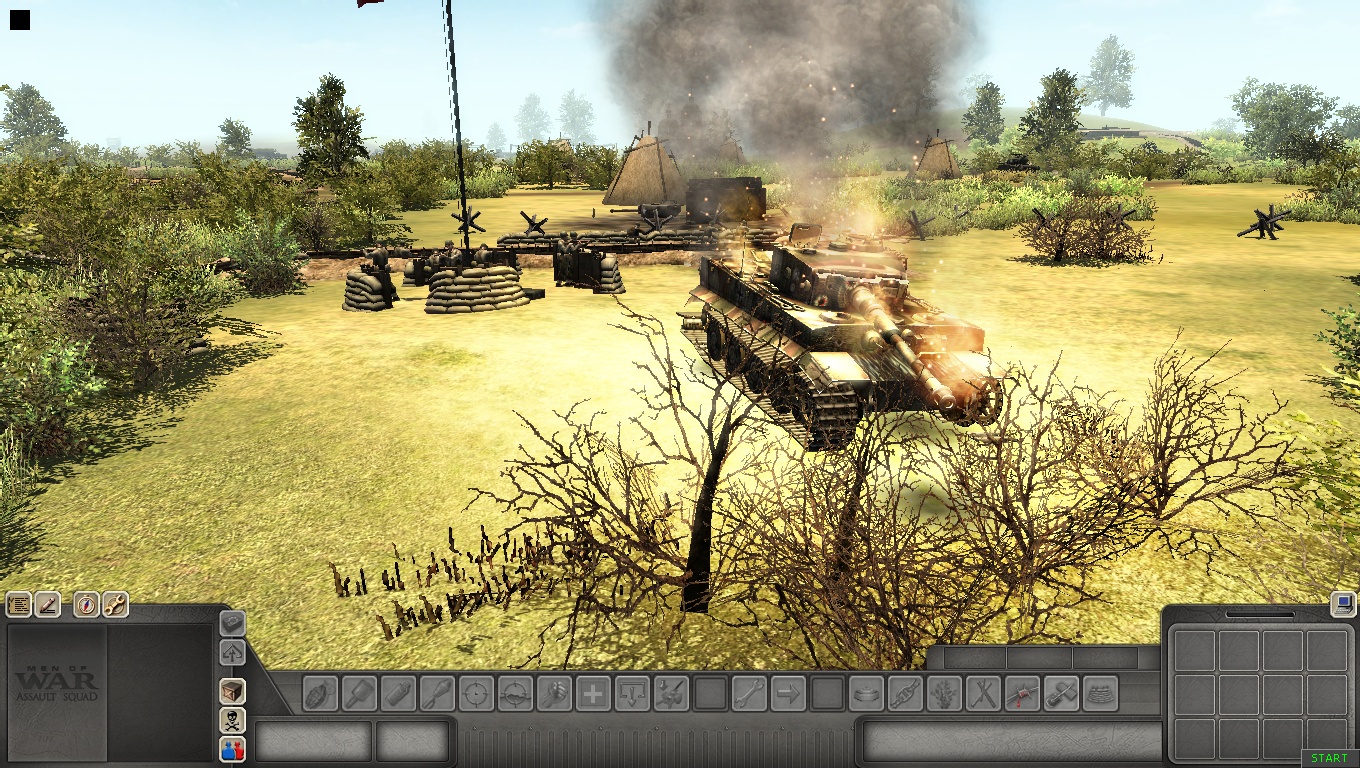 2) Enemies move through out the battlefield and they will steal vehicles not occupied by players, as well as try to repair damaged vehicles to use against the player again.

3) Enemy reinforcements vary through out the mission.

4) Certain heavy guns available at the start. They all have a stockpile of ammunition next to their starting positions, they are unloaded. They are the only ones provided for the mission. The AI Allied Soldiers are Positioned around the main Player base along with: 4-5 MG-42's, one Flak 38 Quad Cannon, one 88mm Flak 18. None of which will run out of ammo as long as its operated by AI Allied Soldiers. 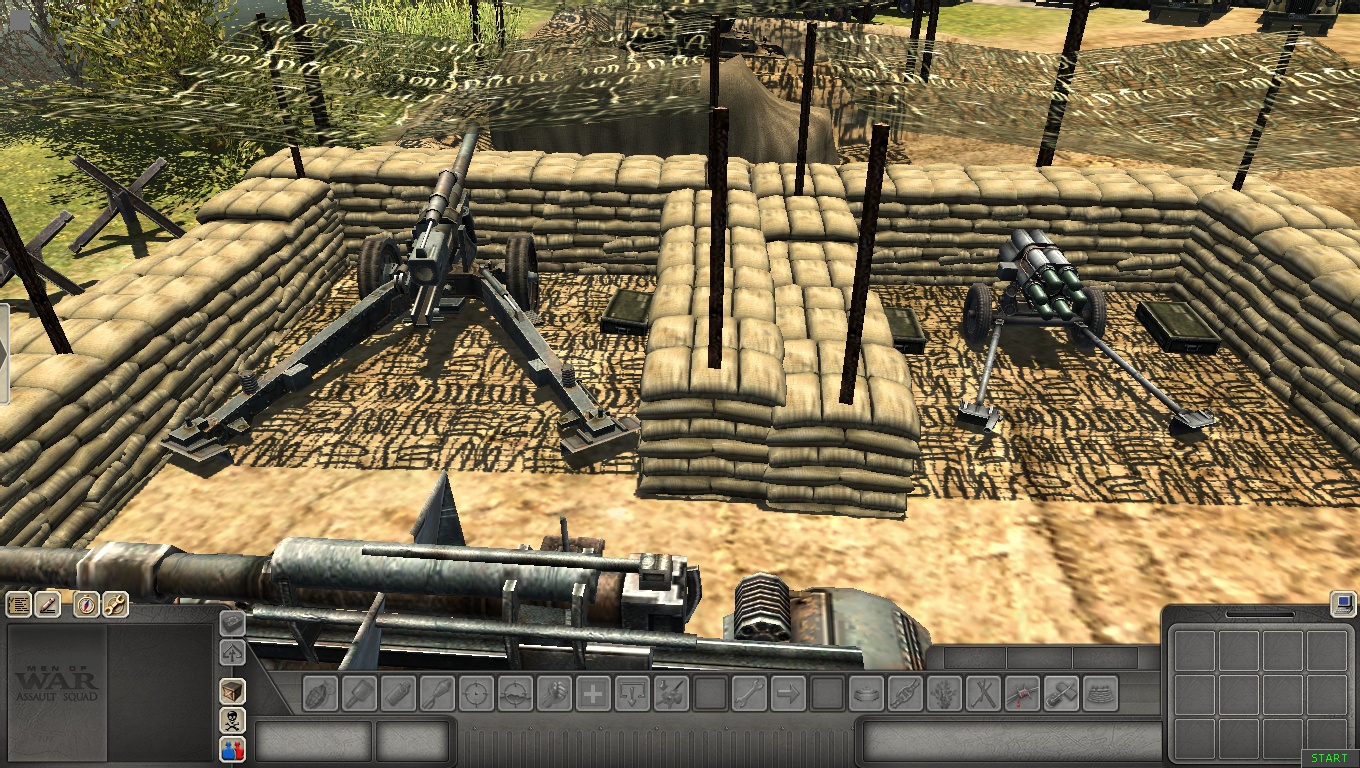 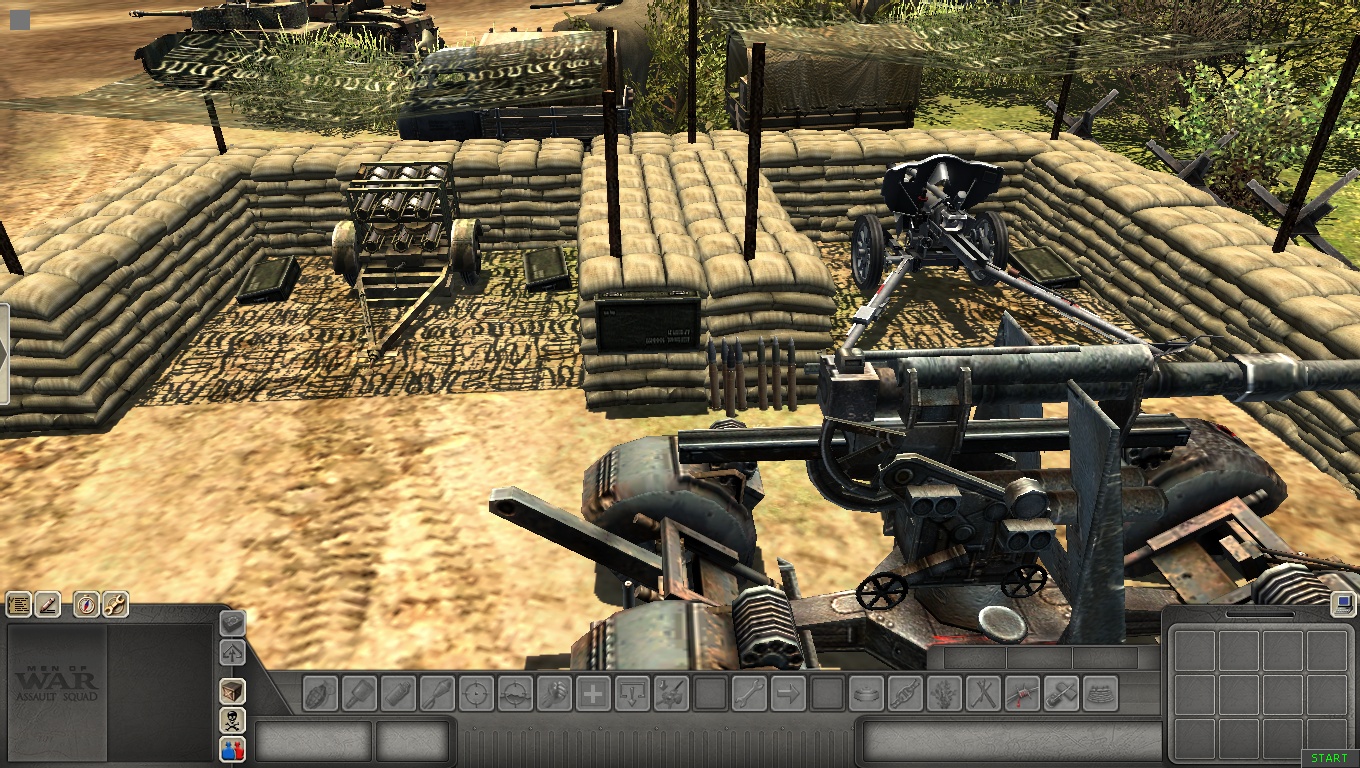 There is also a selection of armored vehicles that are not included in player reinforcements. 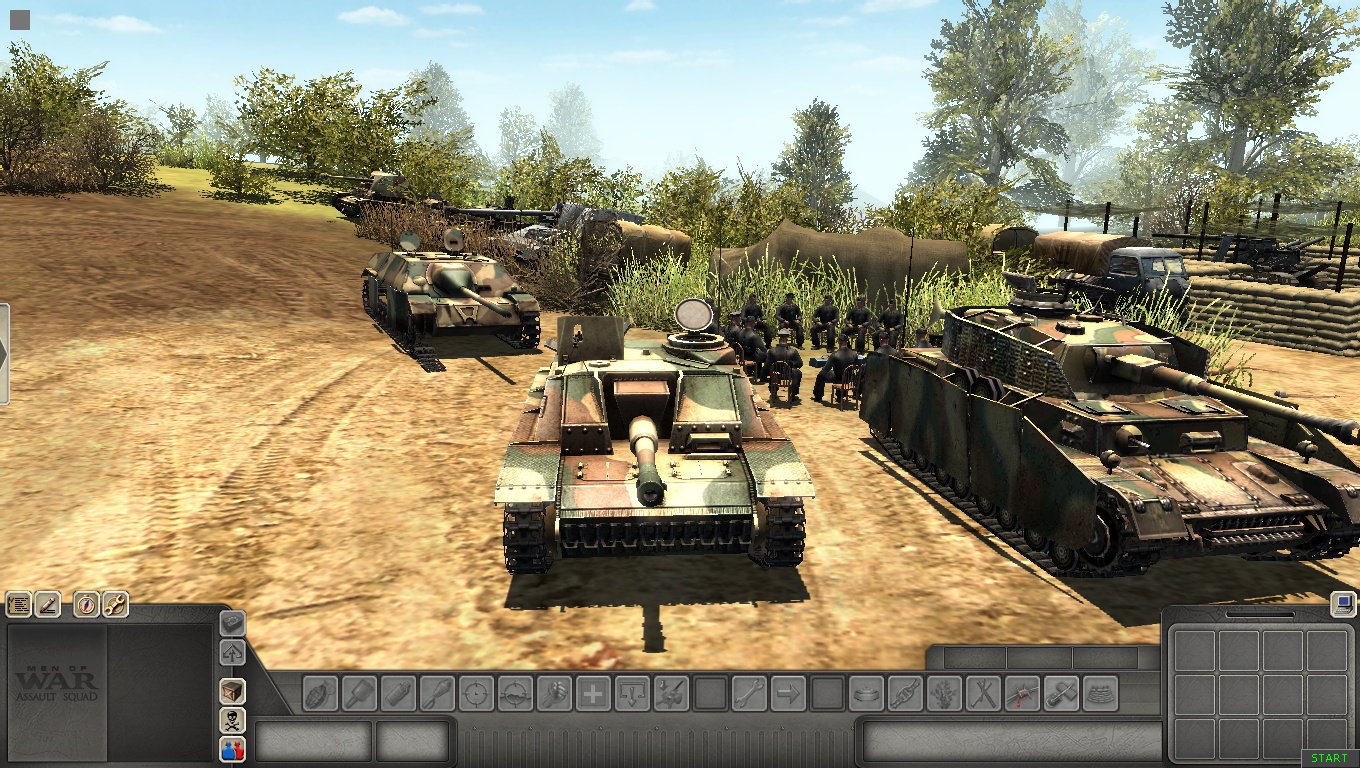 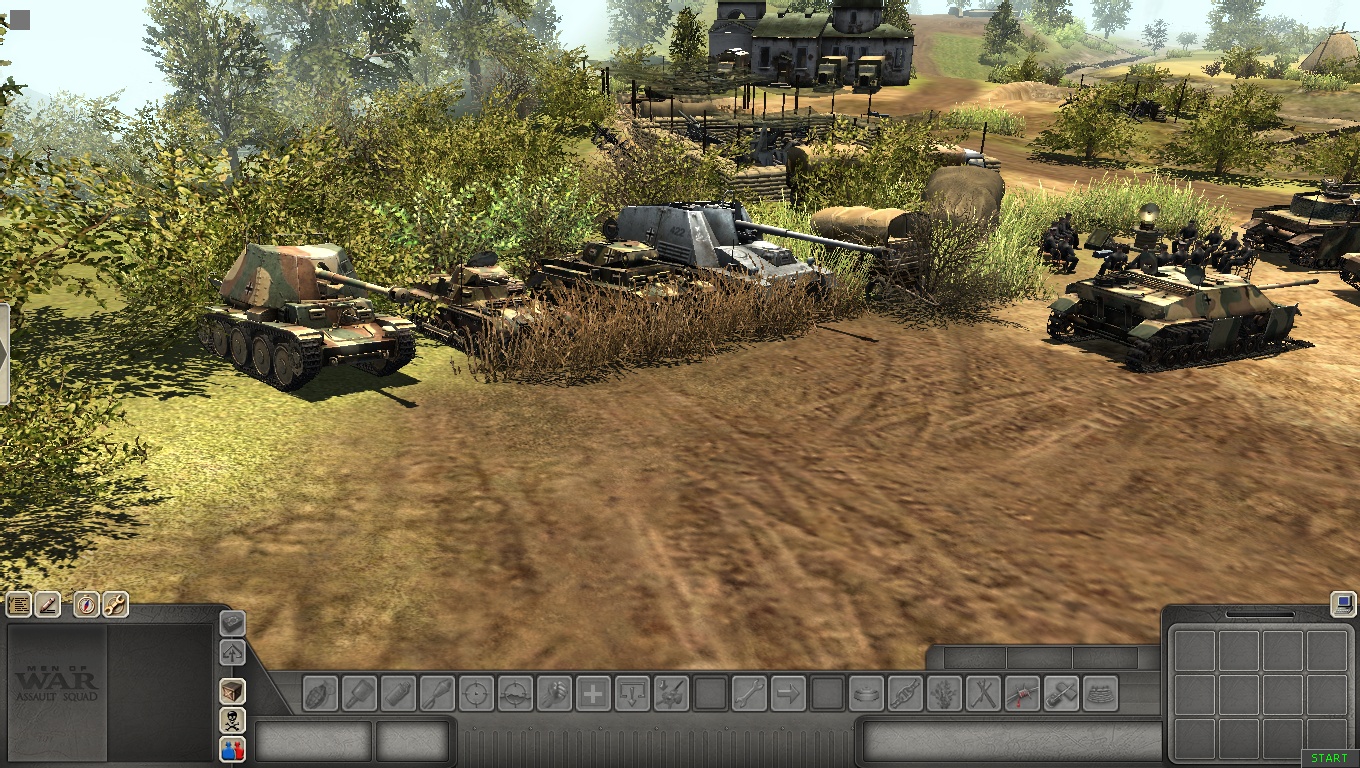 5) This skirmish mission, besides the regular capture points, has a few other secondary objectives. One includes getting an officer from way behind enemy lines back to the main player flag. 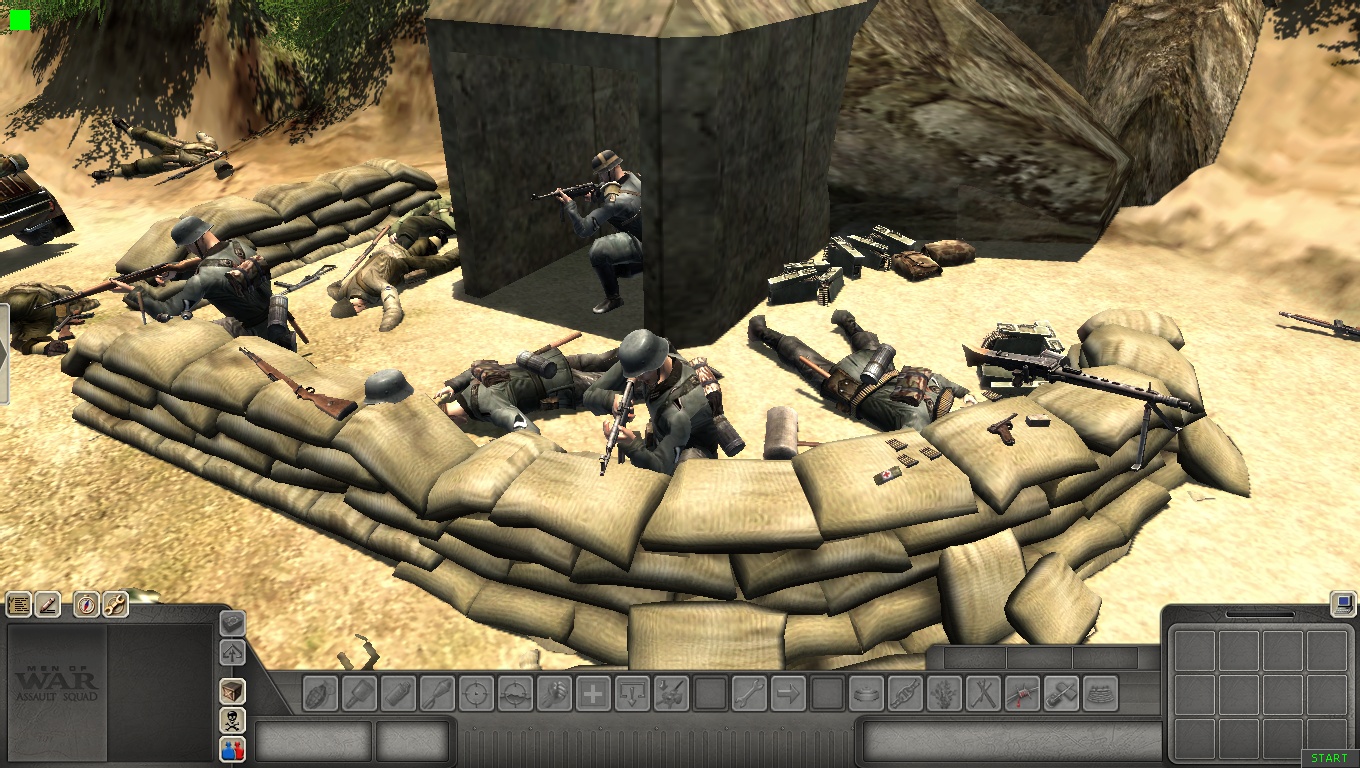 The American-Soviet Link up is Near! Germany will soon be Surrounded Completely! The Mission is in the American skirmish list and is after Overlord, before...

The Battle of German Backyard

It's alternative history, or at least that's one of the missions, but still.

Thanks to everyone that has played one of the Missions I made. Its been fun, wish I had a clone so I could make more. Hahaha. Getcha' Pull!

Thank you for the great time I had playing your map - the German Backyard!
Congrats!
Best from Romania!

thank you for making this!!!

Thank you for playing the map It was a lot of fun to make :) and test over many weeks.

I have another mission in the works where the player is Germany. Its a alternate reality mission based during the summer of 1943. It will be uploaded soon!

AFRICA ITALIANA 1940 - 1943 This modification is focused on the Italians during the World War 2.

Mod include skirmish maps playable for every nations (Commonwealth,Germany,Japan,USA,USSR).

A singleplayer mission pack for Blub0r2k's GSM mod by SirMichel.

Heroes of Valour is an alternative history mod set in World War 2. It might not seem special, but you can fight as an untied force under one flag, drive...

War in the Levant: The Syria-Lebanon Campaign

The Syria–Lebanon campaign, also known as Operation Exporter, was the Allied invasion of Vichy French-controlled Syria and Lebanon in June–July 1941...