It's the end of the 23rd century, and with it comes a new era of cooperation between long time adversaries the Federation and Klingon Empire. Praxis the moon of Qo'Nos, homeworld of the Klingon people, explodes in an industrial accident. With it's loss Qo'Nos is massively affected and an estimated 50 years of life is estimated for the planet, the heart of the Klingon Empire is dying. Gorkon the then Chancellor and leader of the Klingon Empire, understands that to survive the Empire can no longer stay in a state of cold war with the Federation, and so extends peace offerings to the Federation. But not all are happy with the new found friendship and peace that was given birth at the Khitomer Conference. Both from outside and within, there is dissension, forces unhappy with the shift of power within the quadrant. 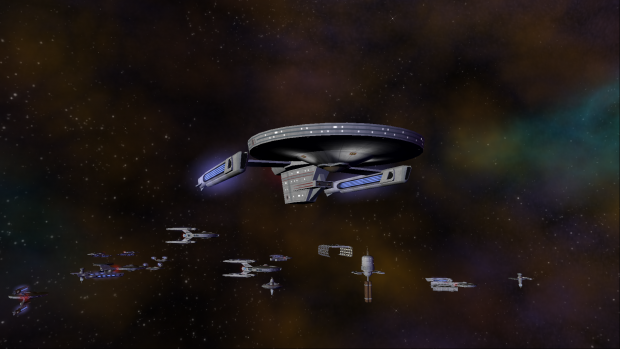 Models and textures by Majestic