Spain at War is a multiplayer mod of the Spanish civil war. Add new 3d models, maps, textures, usable vehicles, soldiers, weapons ... It is currently in beta, with two completed maps (Gijon and Brunete) and developing the third map (Alto del Leon). Soldier will have 5 classes (Rifleman, Gun & Mortar, Flamethrower, Shotgun and Official) soldiers will appear with the kind of soldier chosen Rifleman class except that the player can choose between two soldiers. In hardpoints, dogs have been removed and added the bombing. We will also have new sounds of professional actors for the voices of the soldiers anarchists, republicans, international brigade, Phalangists, nationalist soldiers, Moroccan soldiers and Italian soldiers. We have two new usable vehicles, the Soviet T-26 tank and the armored Bilbao. There is currently a new static machine gun, the Hotchkiss machine gun. 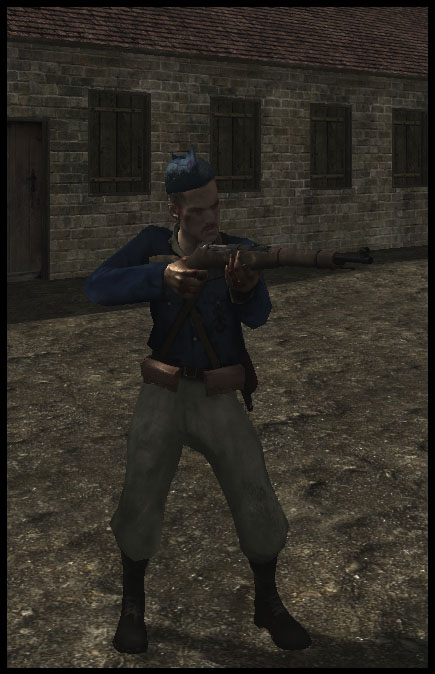 new skins of soldiers of the Spanish Civil War made ​​so far.