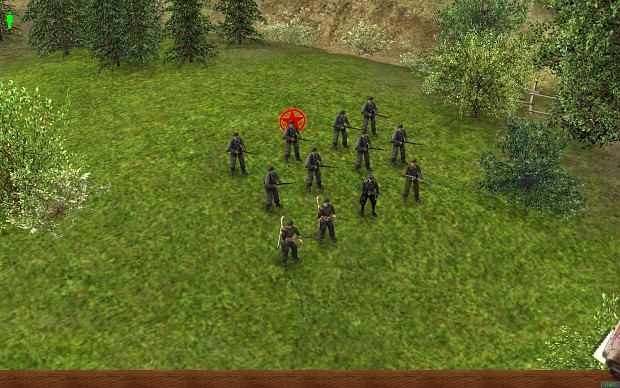 Wikipedia is sometimes a serious source, but not always. The German infantry squad of 1939/1940 isn't the same in 1941, 1943 or 1944.
It also depends on its "Waffengattung" (service branch : there is even infantry squads by the "Pioniere"), on the great unity on which it depends (Infantry, motorized infantry, Panzerdivision, various Sturmgeschütz units ...), of its mission (recognition, support ...).
The problem of organization of units ("Gliederung") is quickly raised, as the difference between what is planned and what is achieved.
The only valid reference remains the K.St.N. or Kstn ("Kriegs Stärke Nachweisung" or war strength acknowledgement, mixing order of battle and weapons & vehicles staffing), published in many books by the US military historian Georges F. Nafziger.
The Nafziger Collection (regrouping all his OOBs, not only about WWII) is available on-line as individual PDF files on the "United States Army’s Combined Arms Research Library" site (with huge resources here : Carlcgsc.libguides.com).
The sepcific URL for the Nafziger Collection of Orders of Battle is : Cgsc.contentdm.oclc.org.
Cheers.

Enemy's units of course has to be predefined to some degree. For now, I have prepared three different squads of infantry. The most basic one is a team loosely based on Wikipedia's (I know, a serious source!) description of Wehrmacht squads. It consists of 8 riflemen, 1 mgun operator, an officer and two soldiers with Panzerfausts 30. During test fights I discovered this works oretty well. While riflemen are of course taking the first hit, they are also engaging enemy first. Officer gives another pair of eyes (in BTRH he sees at least twice as far as other soldiers). MG42 operator gives a squad a good firepower and it can actually surprise you! Finally, soldiers with Panzerfausts are to prevent from rushing the flag with a tank. Such a squad is surprisingly efficient in defense (especially if they are all hidden in bushes).

== Progress report ==
For now, AI reinforces and tries to capture all of the three flags. It can also recapture the middle one. For two on the sides, it's not implemented yet but it will still be fiercely defending them.

I found a certain limitation I am afraid I won't be able to overcome - enemy's armored vehicles/tanks do not attack targets they don't see themselves which is a big disadvantage compared to a real player. The latter will usually discover enemy's forces with infantry to shoot to them from distance. I don't want to do it, but I guess AI will have to compensate for this using simply more units. Not to much though, I will recommend playing with fog of war enabled!

I don't want to spend too much time polishing this mod and I'd like to relase the first version this month (September 2020). Then, you can post comments with feedback so I can improve it :)

I'm doing this all with Germans, but I made sure it will be easy to use another side of conflict.

Which other nation would you like to play against? :)