There are lots of changes this month, including a superior fix for the time of day problem, bug fixes, and wheels. Lots of wheels.

Back in January, I wrote an article exploring my thoughts on this game. It included the following passage:

The game resets the clock to midnight at the drop of a hat. Die? Midnight. Load last checkpoint? Midnight. Exit the game and come back? Midnight. Story missions have ToD overrides, so it's not like you spend the entire game at night, but I simply cannot comprehend WHY the game works this way. Why not take the current ToD and advance it by 6 hours every time the player loads a checkpoint? Why not advance the time by 6 hours every time they fast travel? Why not pick a random ToD whenever the player resumes their game?

My last attempt to solve this problem was the time of day override system which allowed the player to manually select the time of day they wanted. But this had several problems, including being clunky and distrubing the atmosphere of missions such as The Sabotage's intro. But I am nothing if not creative, and I finally figured out a way to inject the necessary CVAR commands via LUA scripts. In particular, the script for the safe house and fast travel signpost entities. My fix is to check the current time of day. If the time of day is 0, and the player is standing inside the safe house or right next to a signpost, then it is almost certain that the game has reset the clock to midnight. So a random time of day is selected. No more endless midnight!

Much like the time of day fix, this was something I suggested in my blog post back in January 2018. SGW3 take a huge amount of inluence from The Witcher 3, and it turns out that at some point in development, SGW3 had an identical fast travel system where you can only fast travel from signposts (and from your safehouse). I found a way to reimplement this feature, and I think it does a good job of encouraging exploration and curbing players fast travelling all over the map willy-nilly. 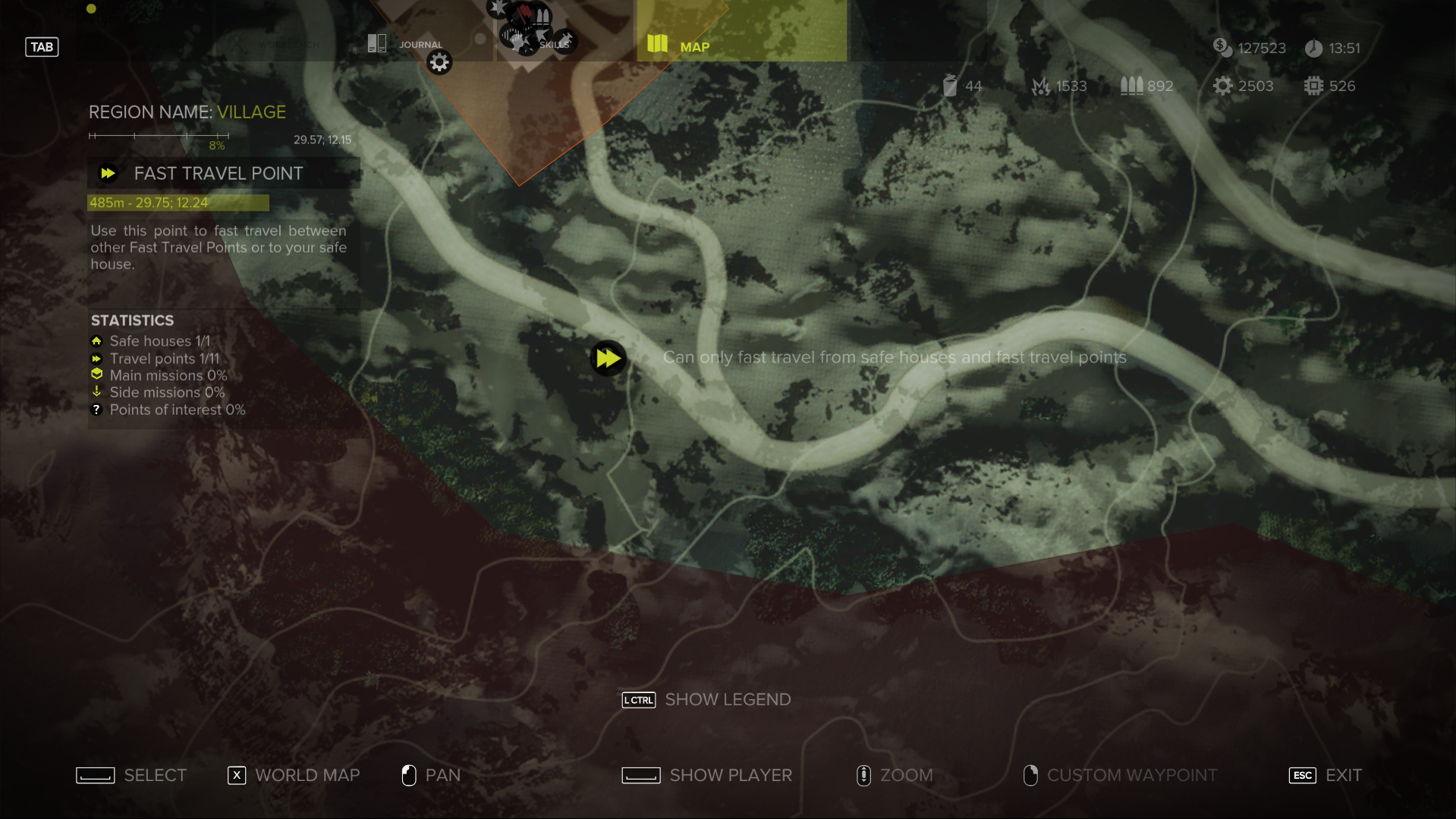 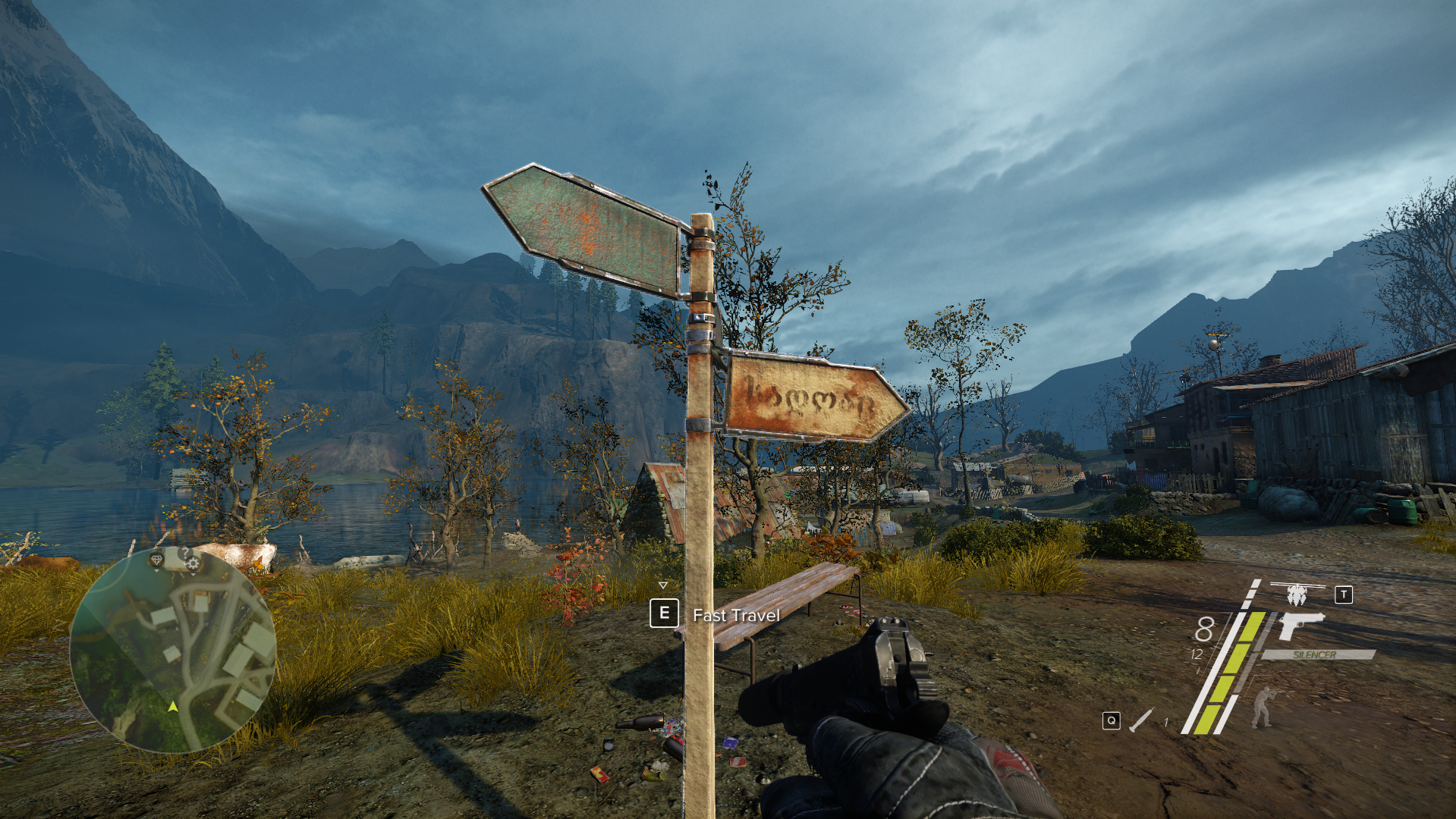 Take your time. Have a look around. Steal a car if your legs are tired. Say hello to the cows. 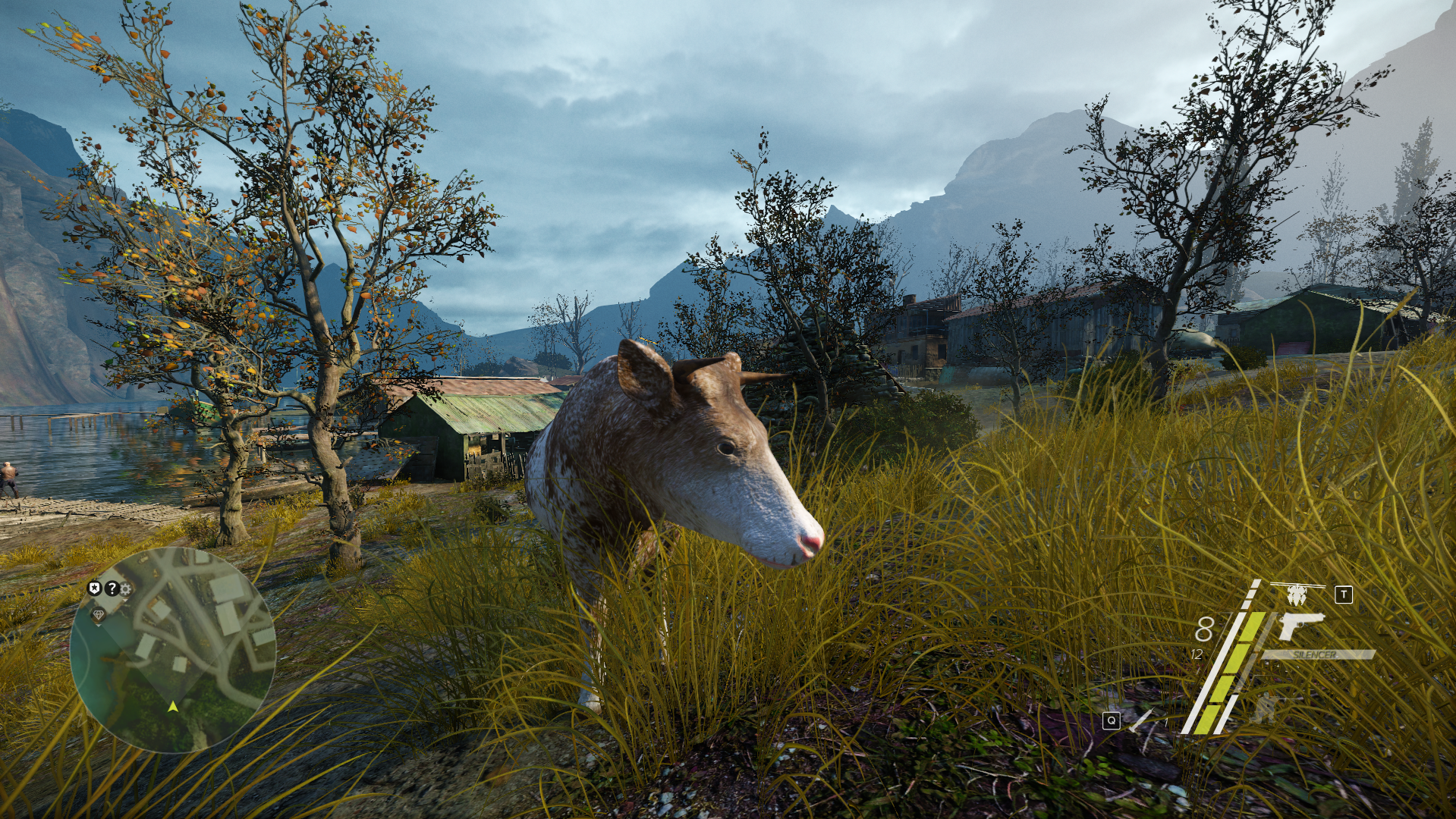 This feature is a little bit buggy, but a lot of people really love it and I had complaints when it was removed a few versions back. To holster your weapon, hold R to click down the left stick for 1.25 seconds. Repeat to unholster.

SGW3 has some localization issues such as using commas for decimals for "Longest Shot" announcements. These are now fixed.

When you tag enemies, they no longer appear on the map. They are still on the minimap, however. This change is designed to curb the player's ability to know exactly where every single NPC is from hundreds of meters away.

This is a rather experimental feature. When in the Mining Town and Village regions, you can now drive a number of vehicles including Toyota Hiluxes and Mercedes. This feature is something of a work in progress so expect bugs. (And please do report them.) 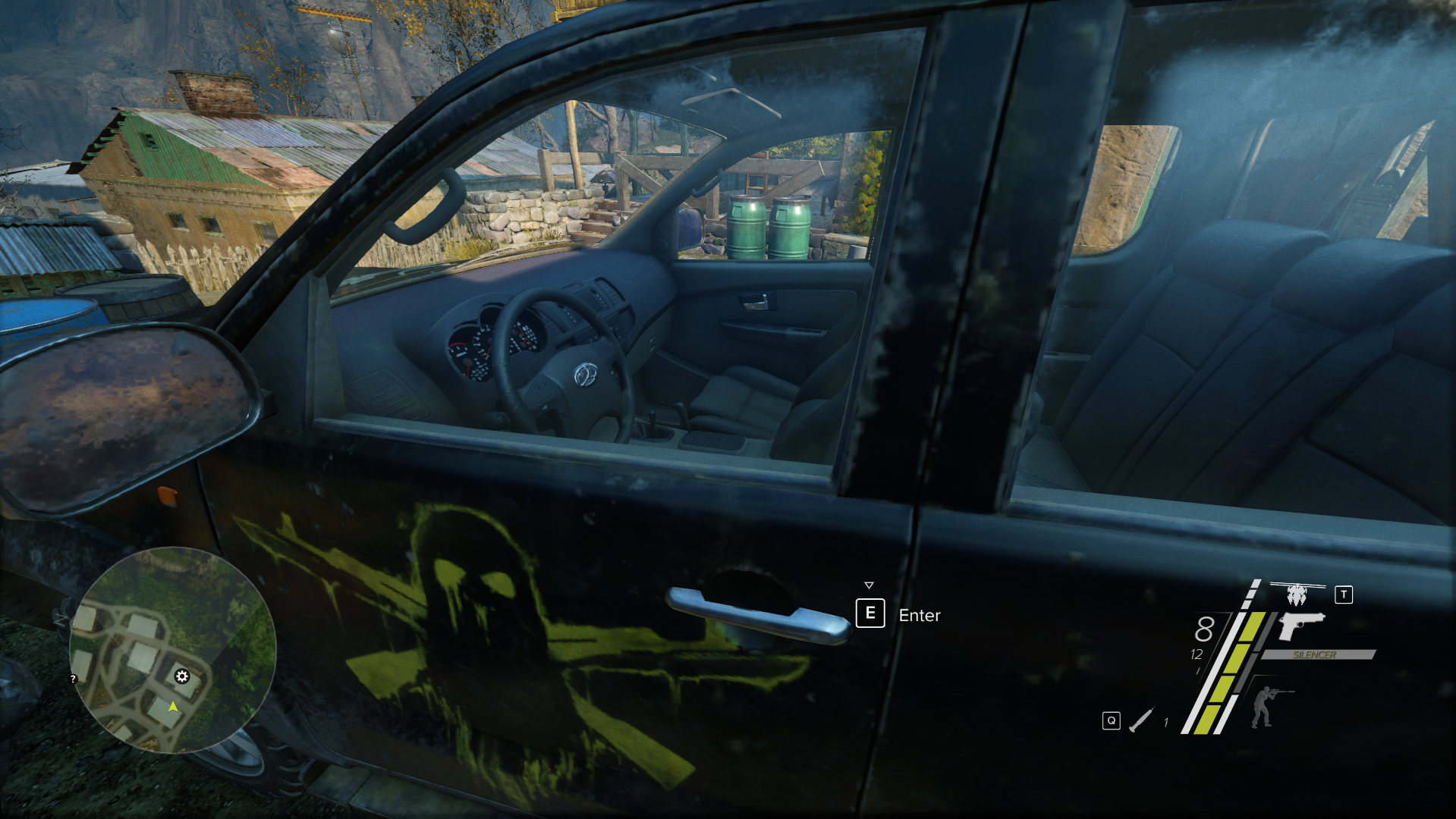 If you find a car on your travels, try the driver-side door. You might be surprised. 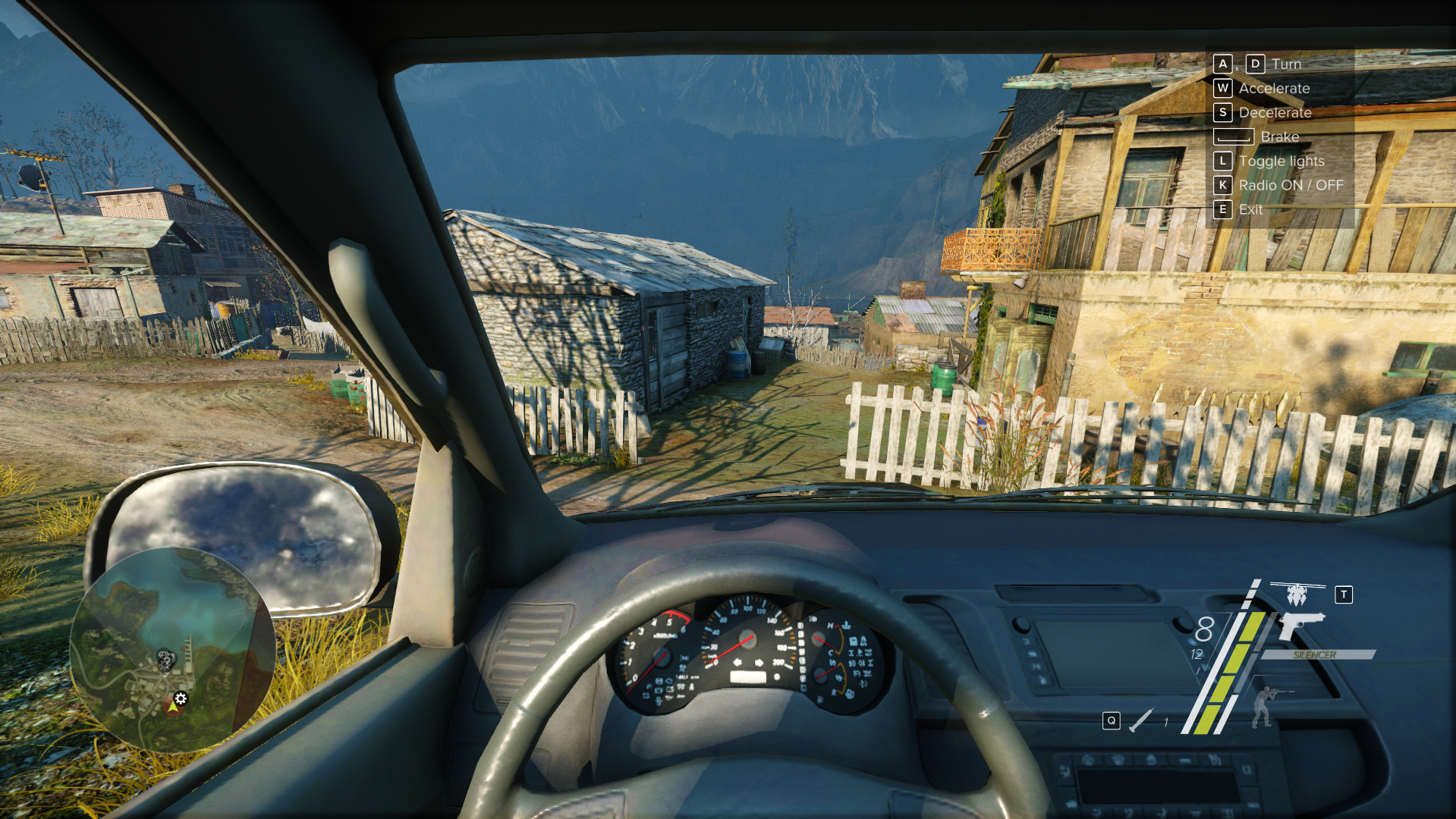 Why remove the lure stone?

There were a few reasons, such as experimenting to see whether I could solve some other issues with the gadget slots. But I've decided to revert the change.