We have decided its time to brief everyone on whats new in the community, as well as show our future plans and development.

So let's get started:

Beta testing has been postponed until after summer due to half the team being out of country during the summer.

1. Currently, European infantry is almost complete, with only a few visual details to touch-up on and a few weapons to add.
2. All content made before the second closing has been completely retextured in HD.
3. A grenade launcher system has been implimented that utilizes only 1 weapon.

Current plans and developments:
1. As forementioned, Beta testing has been postponed until after summer.
2. The European Vehicle list has been finalized.
3. We are now moving to work on the Vehicles in the CEC faction.


And as a final gift, presenting the newly retextured FV107! 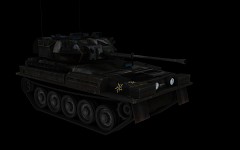 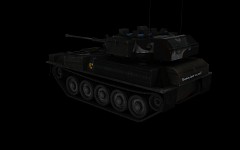 Thanks for watching SL!

(Note that I'm still out of state on vacation and don't have internet access that often. Please direct anything going to me, to anybody else on the team)

Announcment to all SL Beta testers!