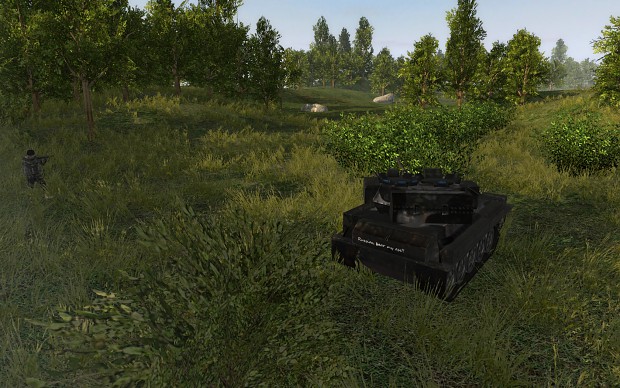 I told him to put a dead teddy bear instead. lol

Hi solix, the distance you can see grass looks extended? Have you altered anything or are you using MoW:AS?

Rextextured FV107, model was done in April of 10, but didnt recieve its finalized textures that looked half decent until today.