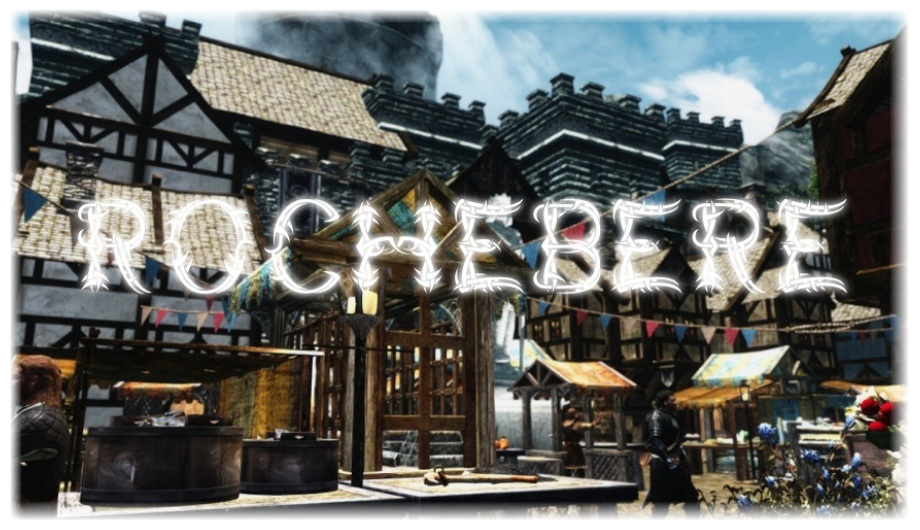 Rochebere is a large mod for the Elder Scrolls V: Skyrim by Sam Vincent. It includes a new lands area and a huge city with it's own lore and backstory, along with a main quest-line and sidequests. It has been in development since around May 2012, but unfortunately there is no release date as of yet.

The mod takes place in Rochebere Valley, an area within the mountains on the borders of Skyrim, Cyrodiil and Hammerfell. It was first settled in 3E 352 by travellers, who founded a village in the luscious region, making the most of the fertile soils and pleasant weather. However, the village was burnt to the ground and most of its residents were brutally murdered by Daedra during the Oblivion Crisis. The fires burned for days, until fate bestowed a new hope upon Rochebere. The Thesians, a family of Nordic and Imperial Heritage had fled Cyrodiil in search of a peaceful place to rekindle their lives, and by a fortunate stroke of luck stumbled across the ruined village within the valley. Kind hearted folk that they were, the Thesians ignite the rebirth of Rochebere.

Five years passed. The construction was complete, and at the centre of the newly established Rochebere City stood the mighty Eagle Tower- a symbol of hope and glory. It was then that the residents of the city decided that the Thesians' were the rightful rulers of the city, and from that day forth the family has sat on the Throne in the tower.

One year later, in the year 4E 05, The Imperial Empire began to take an interest in the city, and its true potential. An alliance was made between the two factions stating that Rochebere would be under the protection of the Empire, and would abide by their laws, provided the city is not used for the Imperials' own gain. For 26 years the city flourished and prospered as part of the Empire. A flood of new life came from across Tamriel seeking opportunities in the Valley, and henceforth, Rochebere continued to expand.

However, this Golden Age did not last forever. Gradually the Empire began to heavily tax the people of the city, and impose unfair laws upon them. They wanted more control. On the First of Rain's Hand, 4E 31, an Assassination attempt on Caspius Thesian by the hand of an Imperial agent sparked the War of Independence. The people of Rochebere sacrificed their lives to force the Empire's control from the Valley. Finally, after Four years of fighting and death, the Imperial's retreated from Rochebere... but this victory did not come without cost.

The Imperial Empire, feeling humiliated and ashamed, vowed to wipe Rochebere from history. Books about the city were burned and destroyed, and Imperial Assassins were sent after scholars who had knowledge of the Valley. As one final measure that Rochebere would fade from Tamriel's knowledge, The Empire saw that all of the highways into the city were blocked off with stone and rubble, leaving Rochebere Valley completely sealed off from the rest of the world.

Now, almost two centuries later, a new threat is brewing for the citizens of Rochebere. A threat that they cannot hope to defeat without a Hero. You.

-A full length, fully voice-acted Main Questline, complete with moral choices and different endings depending on your path, along with numerous side-quests.

-An enormous Medieval City much larger than anything you have seen in the Vanilla game, packed with custom NPC's and it's own unique architecture.

-A beautiful and luscious Countryside region for you to explore, with it's own World map, locations and enemies.

-Many new gameplay features, including Real-Esate and income, A fully functional Archery Range and a gritty Arena to battle in.

-A custom soundtrack, including custom Bard Ballads and exploration music. 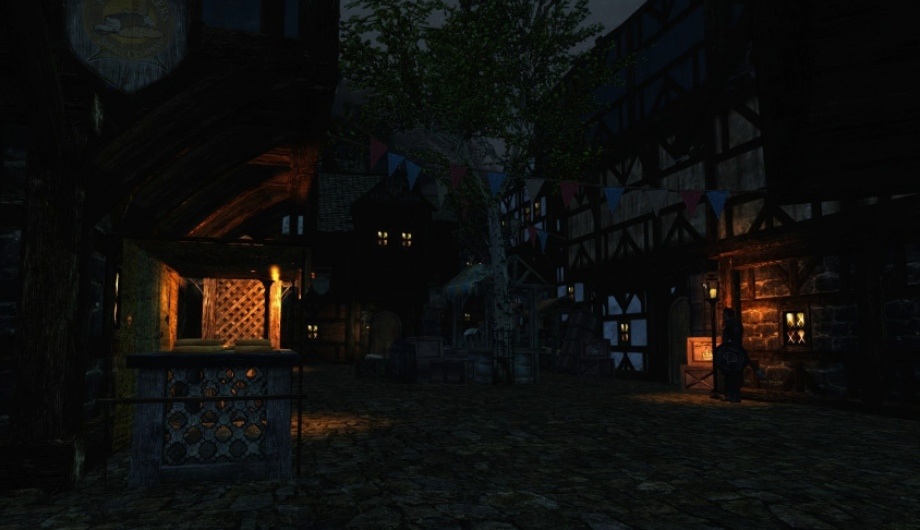 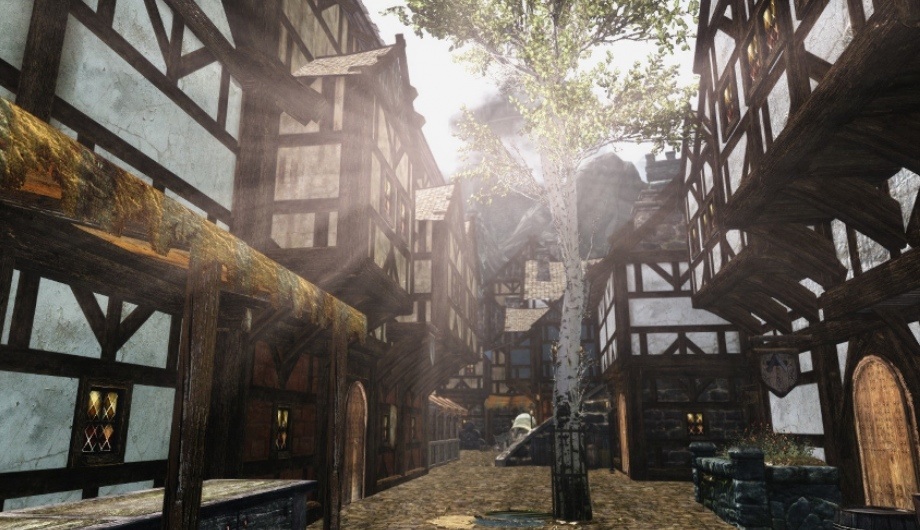 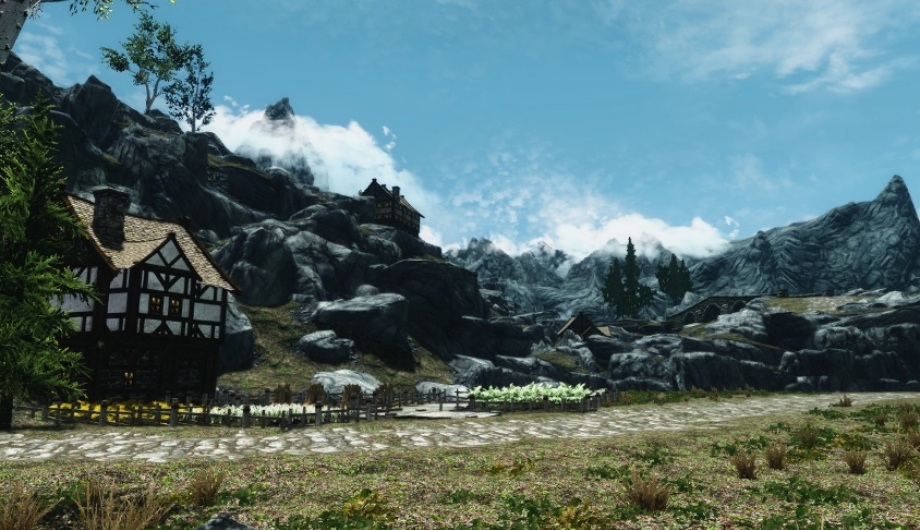 Looking forward to: Rochebere (A video by Gopher)

Gopher is a popular YouTuber, who reached a momentous 100k subscribers yesterday. He is well-known for his Skyrim Mod Sanctuary series, which has been going on since the release of Skyrim back in 2011. Recently Gopher has begun to make a new set of videos titled 'Looking forward to', in which he speaks briefly about an upcoming mod project that he is exited about and to make other YouTube users aware of these mods.

Today the third episode in this series was uploaded by GophersVids, this time focusing on the Rochebere mod- a large city and lands mod for Skyrim, complete with a main quest line and side quests. Remember to hit the like button on the video, and subscribe to Gophers' channel if you enjoy his content.

Finally, after more than 15 months of development, Rochebere has its own official page on ModDB!

I have been keeping an eye on this for some time. Looks great and I hope you complete it as there's been no updates for a while.

One question will you be able to play this mod as a level 1 character as I will probably create a new game / character to play this.

The updates are on the nexus forums

The Mod looks great
Are you still working on the mod or has it been abandoned ?

Do you by any chance need voice acting for the mod?