A pre-release article talking about the upcoming 2.0 release and what it brings to the table.

The final push is here! Version 2.0 is less than 2 weeks (soon™) away from release.

I've added a lot of stuff and made MANY changes over the last 24 months so I thought I'd show case it before the release. Getting a trailer ready which probably won't come out until after release so you'll just have to endure the images and gameplay video spam.

The only drawbacks right now are 2 bugs which I aim to have fixed within a few days and some minor art/sounds I need to implement.

Here's a sneak peek of their arsenal: - head over to Images for the rest! 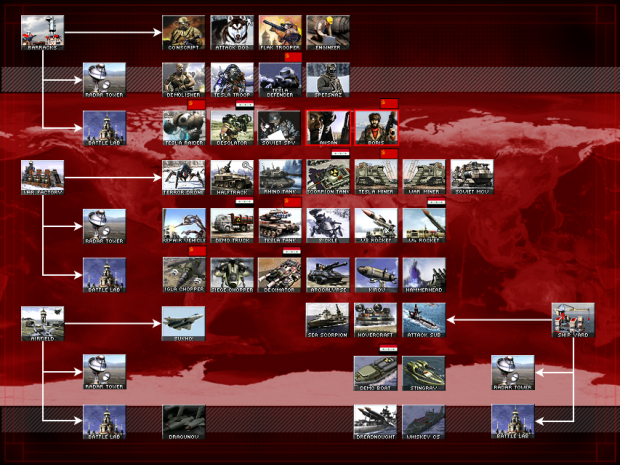 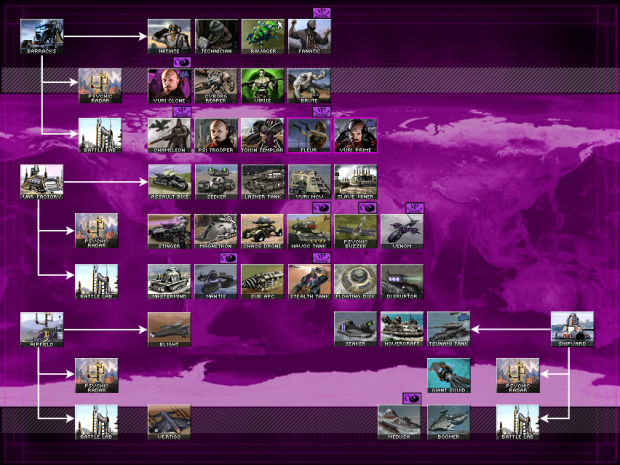 There's much more which I'll leave for the release post, so until then check out this quick Specter gameplay against an Easy Chinese AI;

and a Russia FFA:

As with any development, you have to plan ahead, for 3.0 I intend on having at the very least 2-3 single player missions for all sides and a couple of Generals style challenge maps (if you haven't noticed the major Generals influence by now). As we reach this stage, it may be time for me to start recruiting for future development, stay tuned.