It's been a crazy year of work. What have we spent that time doing? Lets find out.

Nearly one year ago, at the beginning of February, I sat down with the other folks working with me on Red Alert 3 Paradox to address a problem.

That problem was that, despite having released what was, at the time, the largest Red Alert 3 mod in existence, we really had no idea what we were doing. We barely knew how the engine worked, we didn't have any idea how to do collapse models or moving tracks or any of the dozens of little details necessary for putting together a completed, professional looking release. Our balance was haphazard, our design direction was a mess, and the complexity of the project was getting away from us. To be entirely honest, we were operating blind. 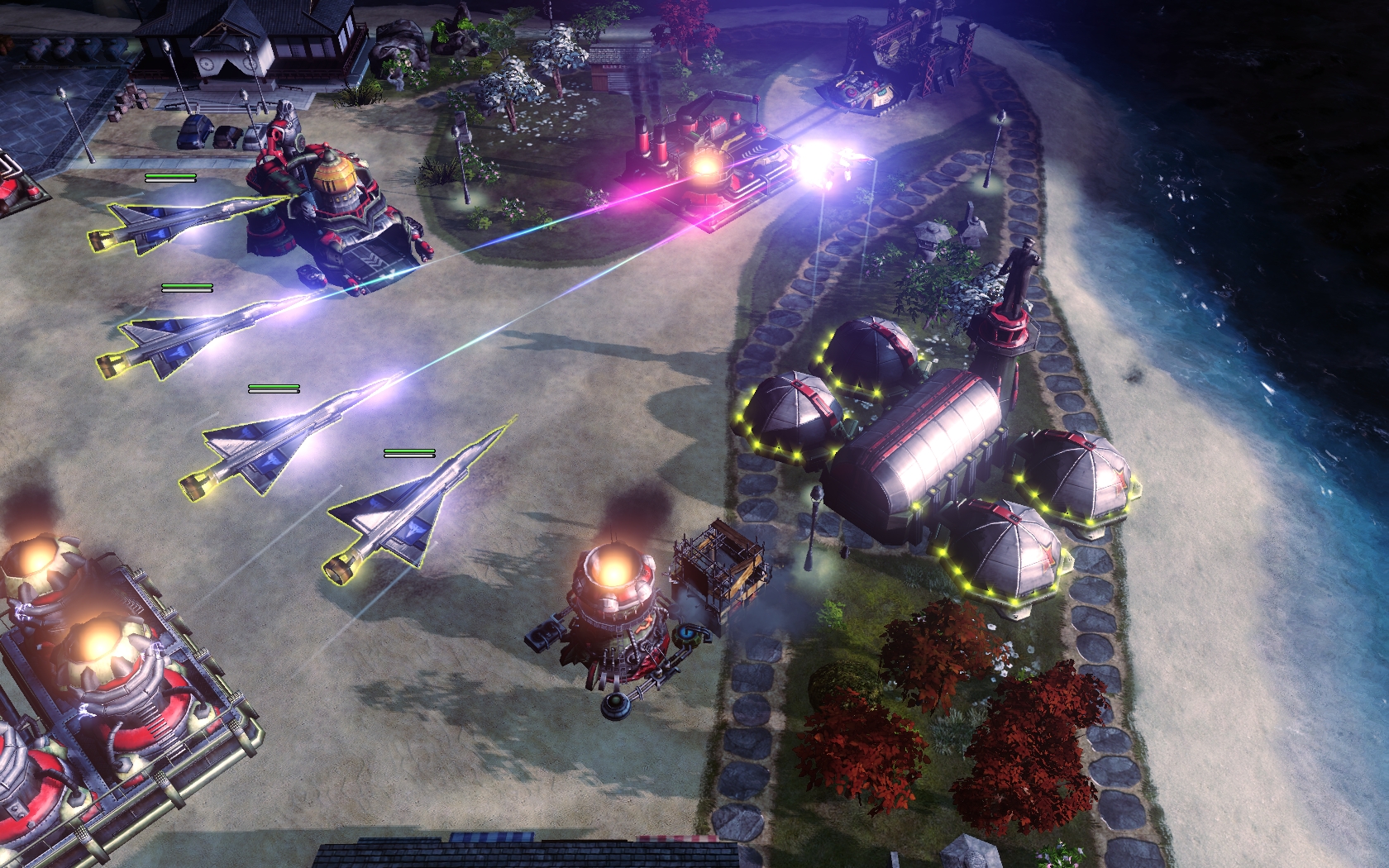 That would not do! The task we set for ourselves was to create the most comprehensive and totally sweet mod in Command and Conquer history. But we couldn't do that if we didn't know what we were doing. So I proposed a minimod, set in the Vietnam War, as a testing bed for everything we didn't know, so we didn't have the pressure of managing over a hundred different units while we concentrated on learning.

In the ten months that followed, our team transformed itself. You simply would not recognize our workflow, planning methods, and techniques compared to when we started in February. We hashed our design documents out in painstaking detail, learned the engine inside and out, even developed an entirely new counter system. We've done things, both with art assets and code, that have never been done in C&C history. 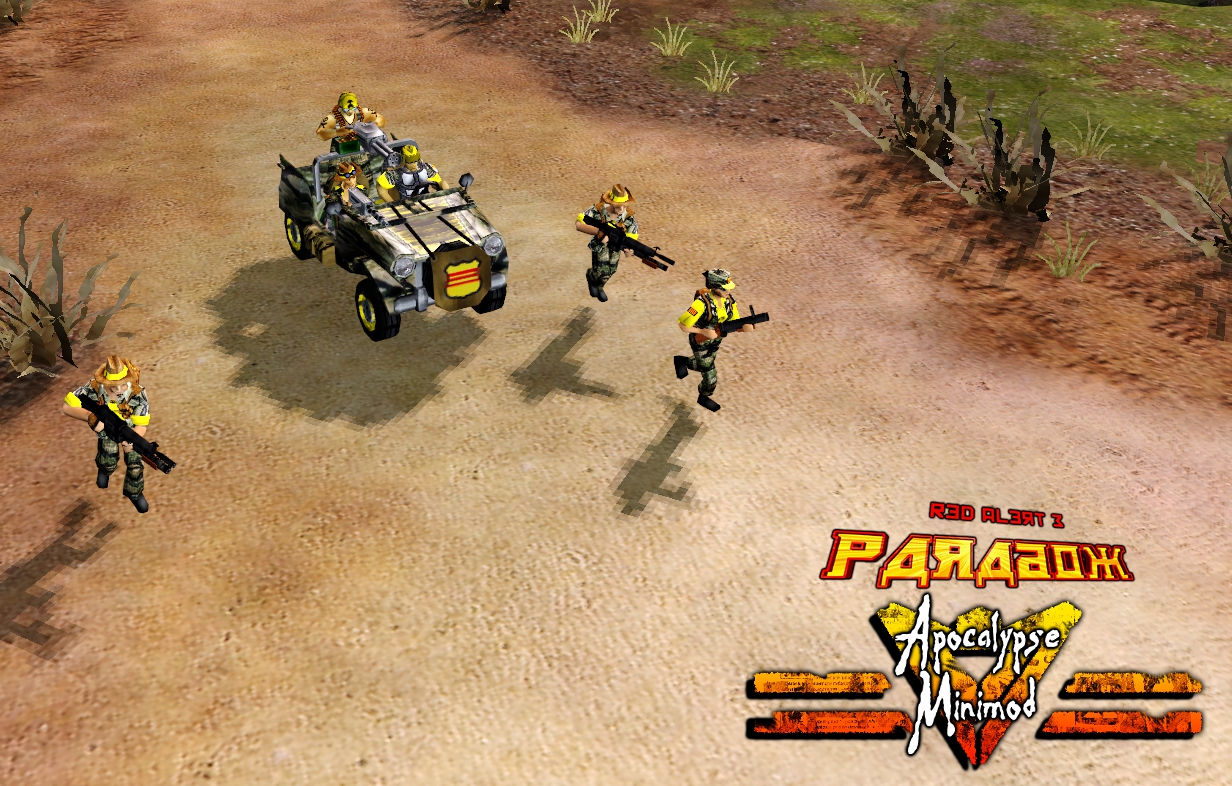 You are looking at over a hundred hours of work in this screenshot.

It wasn't easy. We remade assets over multiple times as we learned new techniques, spent countless hours throwing our time and patience at code problems, export issues, and frustrating animations that just wouldn't work. Our perfectionism and attention to detail compounded the problem; yes, we could have just had a closed top jeep, but instead we have three independently animated crewmen. We have poured metaphorical blood, sweat, and tears into this project.

You know what? I think it paid off. 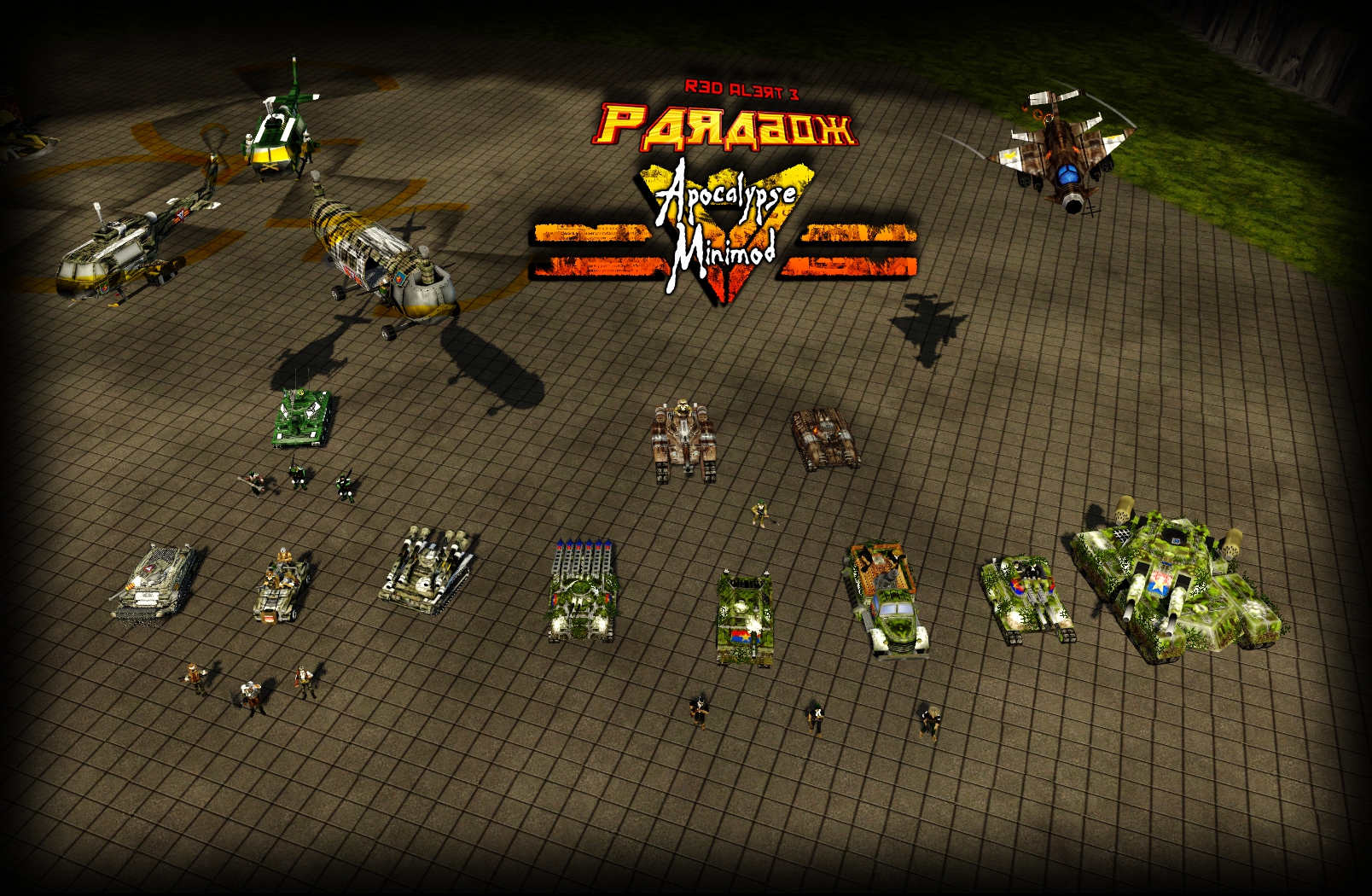 But you don't have to take my word for it. Pretty soon, you'll be able to see it for yourself.

You guys, everyone working on this. You are awesome. That's all that needs to be said; you guys are simply awesome. We can't thank you enough for all the effort and time you put into this, all we can do is count the hours as we wait for this amazing minimod to be released

This will be definitely worth the wait

You guys are geniuses in my eyes, the way in which you've come together and made this incredible mini-mod is amazing. I'd gladly wait another year or more for the whole of Paradox, I've been following this since it started and the improvement is just awe-inspiring. Keep at it guys... time to go vote for MOTY

the community is backing you 110%

I admit, I Had an Pirated Red alert 3. But now, whit this Coming soon, I am going to BUY red alert 3 specially for this Mod.

Even though I've been pretty silent here, I have always, and will always support this mod. I wish you all the best of luck.

For persistently sticking with a project of this magnitude, Paradox team, I salute you! I really hope the day comes where I learn enough about modelling/texturing/coding/something that I can help you guys beyond kind words...
Here's to the MOTY! (whether you officially win or not)

Well that is what ya get w/ good organization and commitment, a quality mod :D ((waiting patiently for release)) *just make sure its atleast under the tree by Christmas morning* :P

so far there has only been one mod crazy enough to do their own music, audio, and models. even for the tiny nitpitty bits.

You guys did a fantastic job on paradox and the mini-mod. I have been watching this mod for almost a year now, i have seen the great progress in the mod and seen its greatest leaps in moduleing, texuring and codeing. This is my favortie mod of all time. It has a great community and lots of support.I give a thankyou for your great work. Threw it all, a job well done paradox team.

Great job, dont let anything stop you from your great work! ,

There are at least a couple other mods I like on this site but NONE hold a candle to you.

Hope you win the MOTY award you deserve it.

I really loved this mod from the first time I saw it, the confederates are coming along and the allies have a lot of extra scientific tanks in their arsenal, personally I can't wait for the Soviets to come back, and I still find it sad that I heavy rely on athena cannons to destroy soviet apoc tanks... still

Does this minimod include fixes for the issues in 0.92 as well?

This minimod has nothing to do with 0.92. Those bugs will be adressed very soon however, as now we can approach it with new knowledge as to what we're doing.

Congrats guys on figuring out the game's coding and coming this far, your on your way to making one of the biggest, best mods in C&C history. :D

Just out of curiosity, how much has been released so far?

I'm playing the 9.21 beta, and a lot of the content seems to be not included yet. I found a few more units and the Confederates added, so I just want to make sure: the reason the others aren't added is because this is just a beta, right?

Other than that, very nice!

Good design, attention to detail, and perfectionist code DO take a long, long time... And I'm just glad that I've learned to appreciate that.
I love what I've played with so far in this mod, and I can't wait to see everything eventually come together...

But you're right, for something this big, especially for an unpaid team, takes time and a half, if it even gets completed at all.

But I'm sure you all will get it done. You've gone too far for any other option to be logical =P

The Paradox mod is the reason I invested in Red Alert 3 - thanks open_sketchbook :3