If you enjoy my work, follow me on ArtStation: Artstation.com
There is also a Discord server & a Twitch stream.

This is the release of Version 5.3 for Pirates, Vikings and Knights II.
Previously, the only release for PVKII was Version 4.0.
This is slightly more updated (and of course different) than Version 5.3 for CSS.

I may do an updated release for Source engine again, but I'm focusing on porting the map into Unreal 4 engine, so that it can get a modern facelift. I'm a better 3D modeler these days, but I also learnt to code, and UE4 provides more freedom than Source SDK modding. Source still doesn't support lightmapping for models, and collision is terrible. 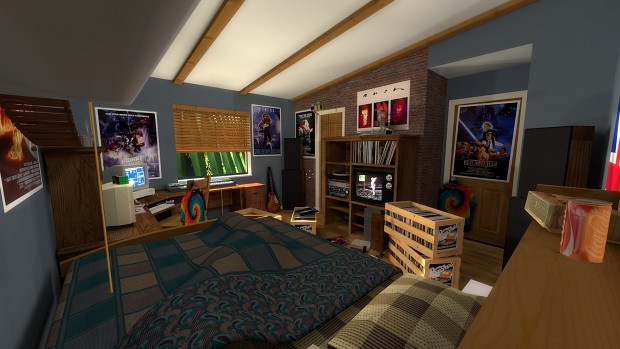 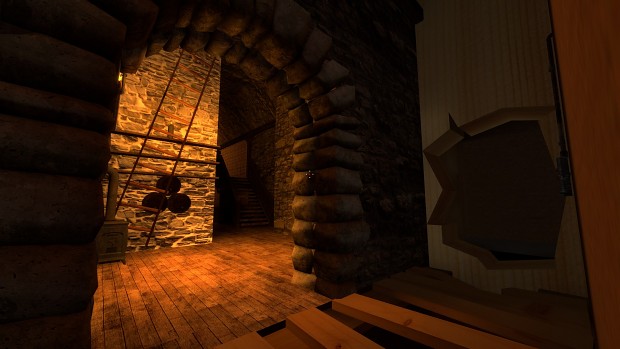 And finally, testing code and engine features in Unreal 4.
These videos are from end of last year when I started writing my own code for the first time & were originally intended for sharing with other students, so the graphics part are not polished (I still have to port all the materials & textures)

Can also join me on Discord for more frequent updates:

Version 5.3.3 for CSS released for testing

It was torture and there was a one day delay because of it, but I managed to get the release out. I'll have to follow up with another soon for bug fixes...

I've been away for awhile, but I had continued working on Rats 1985 well after going silent. Things happened, which I will explain. A release of the new...

Before I get to the updates. The walls in the room need more on them for some personality. I had a little look at Ferris Bueller's room, and gave me fuel...

Huge changes to the map have been made for version 5 in response to previous feedback.

This is the updated version for the mod Pirates, Vikings and Knights II

This isn't a final/stable release, so minor bugs may exist.

This is a packed BSP; All custom textures and models are already inside the BSP.

This is the compiled map for Counter Strike; Source. This download does not include the custom textures, models, and sounds. You must also download that...

This is the compiled map for Battle Grounds 2. This download does not include the custom textures, models, and sounds. You must also download that to...

This is the RAR of all the custom models, textures, and sounds used. It has been uploaded separately from the BSP map itself....

I keep meaning to play, but I have to keep going off and doing religious things. Anyway sorry I promise to play this on Friday night. Yup. That's how the son of almighty spends it, oldschool mods.

Well, amen and respek to thy selfeth for making da oldschool tinga ling still, brill! DEAL OR NO DEAL, na jk good lookin maps will enjoy I can tell... :D

Oh boy, this map would be so awesome in CS:GO. Hopefully you find some day the time to finish this great map up.

Where can I get the Nmrih version of this map?

I didn't release it yet. I had plans to, but became too busy with greater priorities and then forgot entirely. I'll release it as soon as I can. For now try the CSS 5.3.3 version to make sure it runs fine for you, cause that is basically what NMRIH will be using.

What are you on about?

Well there ARE separate sections for CSS and Half-Life 2 on Moddb.

And you for some reason put it in Half-Life 2...
And this is clearly a CSS mod...

This profile was created before a "CSS mod" option existed.

"Can people read anymore?..."
IF you bothered to view the downloads section, you'd find a release for PVKII and Battle-Grounds 2. This is not a CSS mod.

Clearly you are a very unhappy person to come on here and vote down my comments as well as insult me by implying my reading comprehension is lacking;
When clearly it is yours that is lacking.
Go bother someone else, or better yet, do something more productive with your time.