This mod is dead, it has been dead for a long long time. The files everyone keep downloading and installing was simply a very small mod at the time of release. Getting our feet wet. The mod died because we moved to BF2142, then to our own engine, then we collapsed due to internal issues. The mod is dead. period. 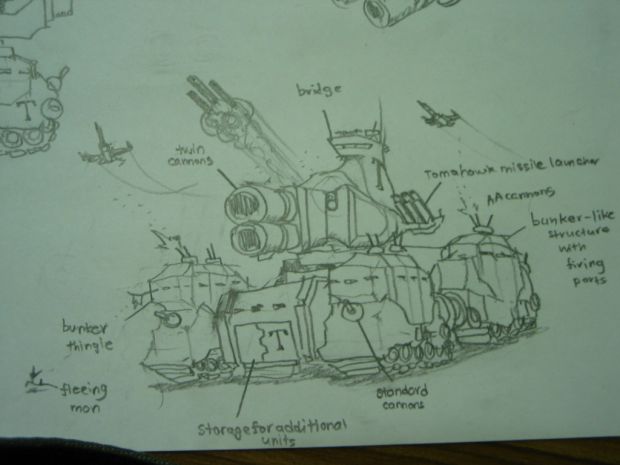 The Largest Treaded Vehicle EVER was Captain, a
dragline mining vehicle... its twice the size of
the D3, and massive. 14,000 Tons.

The largest, actually used gun in History was
the railway gun, Dora. A 800 MM cannon on twin
railroads that fired 7.2 ton shells 45 Kilometers
away... Mix the Ratte, Captain, and Dora and you
get...

The D3 Land Cruiser is the largest treaded
vehicle ever made (in the series, not in real
life), sporting a massive 1100 MM main cannon (NOT
a typo), a secondary 800 MM cannon, several
smaller cannons, several bunker kill holes, and a
cargo hold for tanks or supplies or mobile
command. This massive vehicle also sports six
cruise missiles for long range use. The main and
secondary cannon have little range, thus the D3 is
for up close and personal combat...well not to
personal, more like up close and "all out
death". D3s are capable of 40 MPH on good
terrain. D3s can NOT cross rivers themselfs and
require a special transport to lift them over OR
be taken apart and rebuilt on the other side. D3s
are massive, expensive, and have little practical
use for their cost. Omni deploys them for mobile
combat command, support, and fear.