6th June 1944 Allied forces landed in Normandy, but this invasion failed.Hitler declared that it was German great victory, but he didn't know that was his last victory...

In summer 1944 Red Army launched operation Bagration and marched along to the west.In August 1944 reached borders of the Soviet Union. The first Soviet tank entered Warsaw in September 1944. Southern direction continued through Carpathians to Hungary and Romania. In winter 1944 Germans launched last ofensive in Eastern front called Operation "Wacht am Weichsel" with goals to recapture Warsaw and Eastern Prussia. German forces didn't have to chance to break the Soviet defence and in February 1945 the Soviets launched the counteroffensive.
This was devastating for German forces in the East. Red Army started the ofensive to Berlin. After the greatest battle of the war the Red flag has risen over Reichstag at June 1945. Hitler killed themselvs in bunker. Himmler taken control over the colapsing Reich.The Germans started fanatical resistance, Nazi elites fled do Alpinefestungs in the Alps. The Red Army marched across Germany. In September 1945 the Red Army crossed the French border. The Germans also resist in France, but in december the Red Army entered Paris. French called this event "Soviet Christmas present". In April 1946 the last German city, after being sieged by soviet altilery and bombed by american air force, surrended. The final capitulation was signed in 2nd May 1946.

Japan capitulated in 1st October 1945 after Hiroshima and Kokura was bombed by american nuclear bombs.

Larger article would be posted later

This mod is technically successor of The Internationale which will be no longer developed.Work on this mod is in beginnings.Start date in 1st January 1956 and end date would be probably 1990.

I wish that this mod will included

-focus trees for all major and powers and some interesting minors.

-a bigger spectrum of ideologies

Thanks for voting and helping Pobeda 1946: What if D Day has failed? on it's quest to become the 2021 Mod of the Year. You are now in with a chance to score some free games from our #modlove collection. Help this mod secure more votes by embedding the widget (or link) we have included below on your favorite sites.

Here are some teasers: 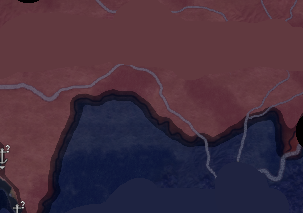 Originally, I assumed I could release first version of the mod in the summer, but I didn't have enough time for work on it. So I can't say to you any...

Hello, I am back with some new from development of this mod. I am so sorry, but I can't tell you any release date, I wish release mod with full focuses...

I add here all ideologies in this mod and map of Southeast Asia.

Nations of the World #1 France and Benelux

How World War 2 changed the world? What are the relationships between world powers?What happened in the world after the war?

The fist release of Pobeda 1946: What if D-Day has failed?

Does this mod have a discord?

Not bad. Keep up the interesting work.

Great mod. Can I translate this mod into Chinese upon release? Need your authorization.

will it out in october?

What is Yugoslavias role in mod?

Sounds great.Cant wait for mod to be released.

Single Player
Tags
Embed Buttons
Link to Pobeda 1946: What if D Day has failed? by selecting a button and using the embed code provided more...