OpenIV is a multi-purpose editor and archive manager for PC version of Grand Theft Auto IV and Episodes from Liberty City.

You may recall that almost exactly a year ago, the premiere Grand Theft Auto V modding tool, OpenIV, was served with a cease and desist from GTA developer Rockstar Games’ parent company, Take Two. Partially responsible for this was OpenIV’s ambitious attempt to port GTAIV’s Liberty City into the GTAV engine.

In the wake of this news, Steam reviews for GTAV plummeted to “Mostly Negative”, prompting Rockstar Games itself to follow-up with a new statement that reversed Take Two’s decision, unbanning OpenIV and allowing the mod to continue development. Unfortunately, this meant that the Liberty City porting project would no longer continue, since it violated Rockstar’s modding policy through "use or importation of other IP (including other Rockstar IP) in the project". 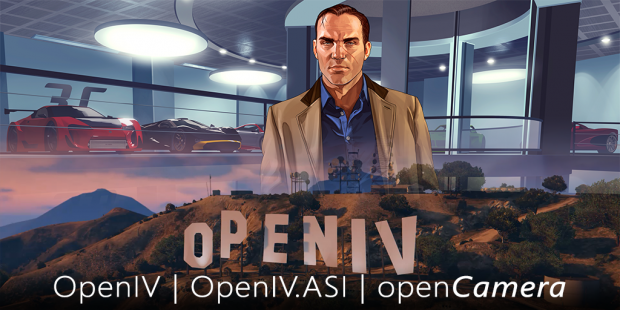 Now, just under a year later, (and on the 10th anniversary of the tool’s first release!), OpenIV has released version 3.0 – a big new update with some impressive new features. One of those is support for editing the PlayStation 4 version of GTAV. The mod’s developers elaborate in their latest update:

“We are happy to announce new platform support for Grand Theft Auto V, please welcome PlayStation 4 (Orbis). We never actually thought this will be possible, but files for PS4 version of GTA V are available, so why not? ... You might also have question, where to get the PS4 game files. We cannot answer this question; this is something you need to figure out by yourself. You need to have game files on your PC. When you got the files, you also need decrypted version of eboot.bin, if you have the files you probably already know where to get it.”

Additional features include support for playing vehicular animations, multichannel audio, new file format support, and usability updates. Check out the OpenIV website for more info and a download link, or download from the ModDB mirror. We hope to see even more impressive GTAV mods come out in the future now that the new version of this tool is available.

Rockstar has issued a statement on its reversal of Take Two's decision.

The GTA playerbase is no better than the company they claim to boycott, Never happy with anything they get.

No thank you. As much as I fully support modding I've had enough of modders coming into online lobbies and making things hell for everyone else. If it requires R* to completely purge single player modding from GTA V then I have no problem with it.

no those are not modders, those are called hackers, modders are creative, hackers are destrucitve, know the difference

Regardless of what they're called, they're using tools like this to disrupt the online community and thankfully R* is starting to get serious about it.

they made the mod so it could not be used in multiplayer.

Well clearly people have found a way around that haven't they? Eventually I'm sure we'll find a solution to this. Until then, this will have to do.

You're an idiot. The people you find in multiplayer games are Hackers. They use cheats to modify their game so they have things like infinite health, one shot kill, etc. Mods add in extra content and are used for the purpose of expansion/creation. Like Skyrimir said, know the difference.

Here's literally a direct quote. It says this on the post above.
"Unfortunately OpenIV enables recent malicious mods that allow harassment of players and interfere with the GTA Online experience for everybody."

So no I'm not an idiot. It's exactly what I said. People are using OpenIV to bring in malicious content to affect the gameplay experience for everyone else.

And I know the difference between hacking and modding. Excuse me that literally every single player online refers to them as 'modders'. I guess the term just stuck.

Apologies for calling you an idiot. It just seemed like in the context you were confusing the two but I am aware of the fact it supposedly introduced some issues.