Our mod aims to provide an immersive historically accurate experience and a Crusades feel. The mod is set in 1189 during the beginning of the Third Crusade. We have a lot of stuff planned for the future including:

We are always looking for more people so if you want to join our team, please join. We are currently looking for:

Please join our Discord if you want to join our team, get previews about what we are doing, give us suggestions or just chat with the devs.

Credits to our dev team:

Gatterich - Helper who gave us some textures for shields

Big thanks to David Berry for giving us permission to use his music. His music is some of the best and we wanna recommend it to you. We will be eternally grateful.
His soundcloud: David Berry | Free Listening on SoundCloud

In the meantime, cya later

Hello there, reader. I am Lion and after a long time, I am back to give you an update. We have been at work, making a lot of progress, though it is slow. Before I start, I would like to thank each and every one of you for the support I have received. It is genuinely heartwarming to receive this amount of support, now lets showcase our work. 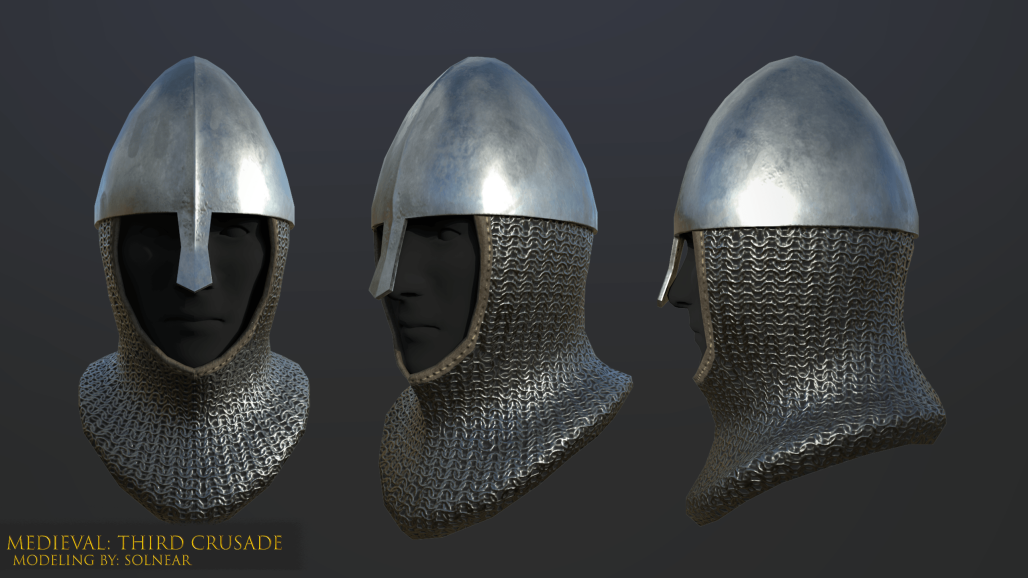 The nasal helm was first introduced in the 9th century and popularized in the 11th century. However, by the time of the Third Crusade, the nasal helm's use was slowly declining in favour of helms that provided more protection although it was still the dominant helm used in 1189. It is notable for the single strand of metal that is used to cover the nose
The helm shown below is a big WIP and subject to change 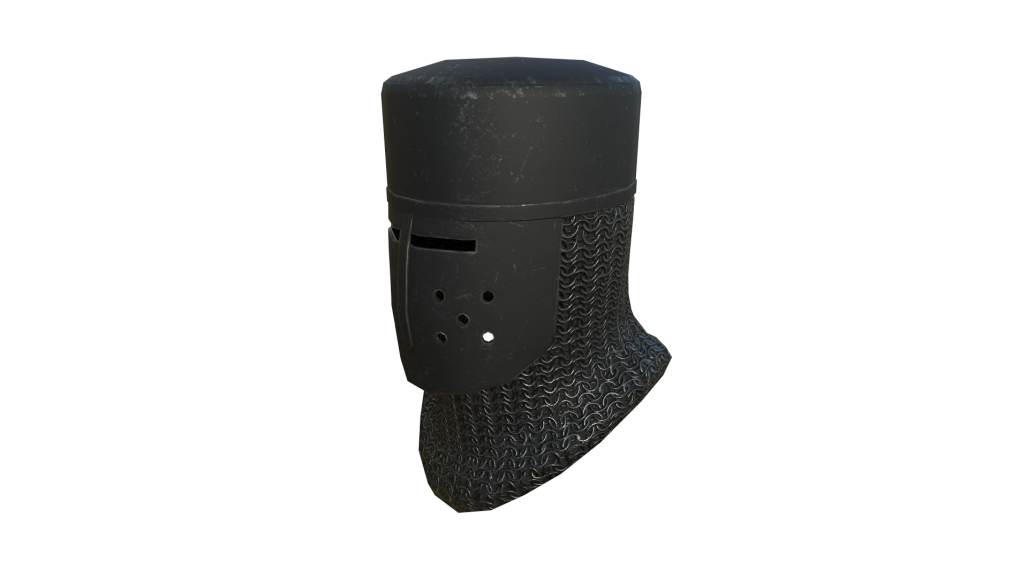 The medieval Phrygian helmet was first introduced sometime in the 12th century. It was mainly used in the West, often with a face mask. However, the image above shows an Eastern/Islamic version of the Phrygian helmet, with the turban as an accessory.

Developers Note
Hello fellas. Lion again. I hope you enjoyed looking at the models and reading about their historical significance. I would like to say they were are looking for new developers. They include XML coders, 3D artists, 2D artists, historical researchers and more. We dont have 100 developers so we need more in order to keep the project going. If you wish to apply here are the details:
- You need to have a commitment to the mod. You wont/dont have to dedicate 100s of hours to the mod though.
- You need to provide updates to the dev team and to Lion, as soon you possibly can. Again you wont have provide an update every 3 days but you cant not update the team for about 8 months.
- Some form of enthusiasm for the mod and the project.
Below are some of the people we need, alongside what they will do for the project
- 3D artists (people who can make weapons, armour and such as well as props for scenes and such)
- Sceners (people who will make scenes of castles, cities etc. for battle maps and otherwise)
- XML coders (people who can use XML. You dont need to worry, as if you are beginner, the team will help you learn)
- Sound designers (people who can make music, custom battle cries and other sound effects)
- 2D artists (people who can make loading screens, concept art and other art for the mod)
- C# coders (people who can help implement features that are planned such as naval combat and a Papacy system)
If you wish to join the team and help create a realistic Crusades mod with in-depth features, then please join our Discord server that is linked below. I also would like to say we have a lot of stuff planned for the future. Right now, coding is now in full swing and we have some planned mechanics such as character traits, religion, Papacy system and naval combat. I would again like to say thank you to everyone and I hope you stay safe

Thank you all
Lion/Mrgamerlion
Lead Developer on Medieval: Third Crusade

Big thanks to all of our devs for making these models. Your effort and support will never go unnoticed or unappreciated

A quick insight into what we have been doing since we began on 11 January. We also provide some historical info about what we have.

Not any major ones as of now. Btw again forgot to log in

can't wait for this mate

Sorry for the late reply but thank you

Thanks mate. Really appreciate it