ModernHOT is a total conversion for Call of Duty 4: modern Warfare which completly turns the game into a SuperHOT-alike FPS shooter. 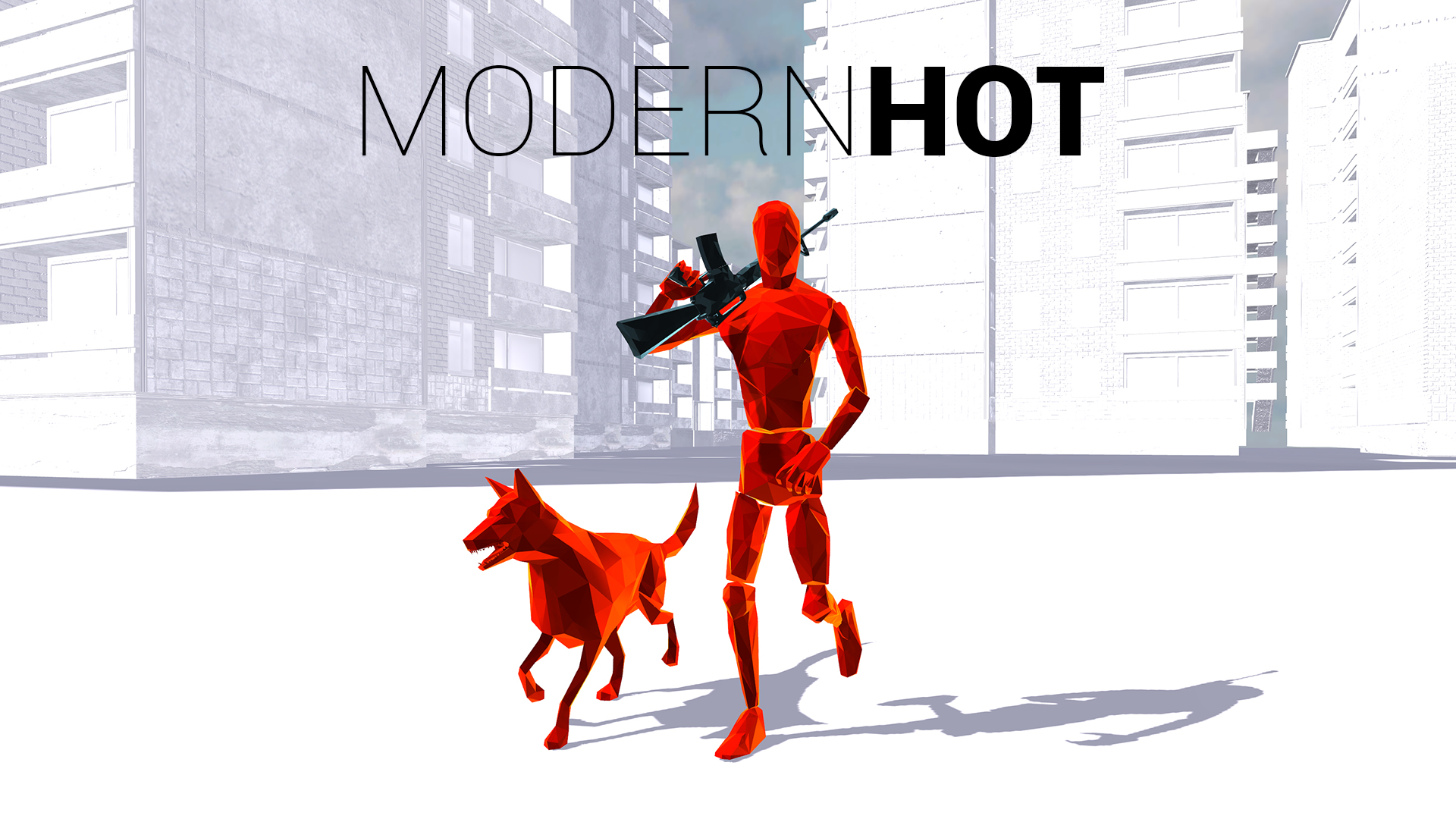 We're proud to release ModernHOT to the public!

It has been a crazy month - a HDD crash, changing workplace where shifts are 12 hours long, being sick for a week and unable to work on a mod, a level which was being built for a week has ultimately caused game to trash and we couldn't resolve it, and this night we've had a serious regression that almost took away our chance of submitting the mod before deadline. But we have, happily and with extreme luck, managed to get the mod build and test on a couple of diferent machines and diferent versions of the game!

(late note!) When you run out of ammo, throw your gun by pressing "grenade throw key" (G default). 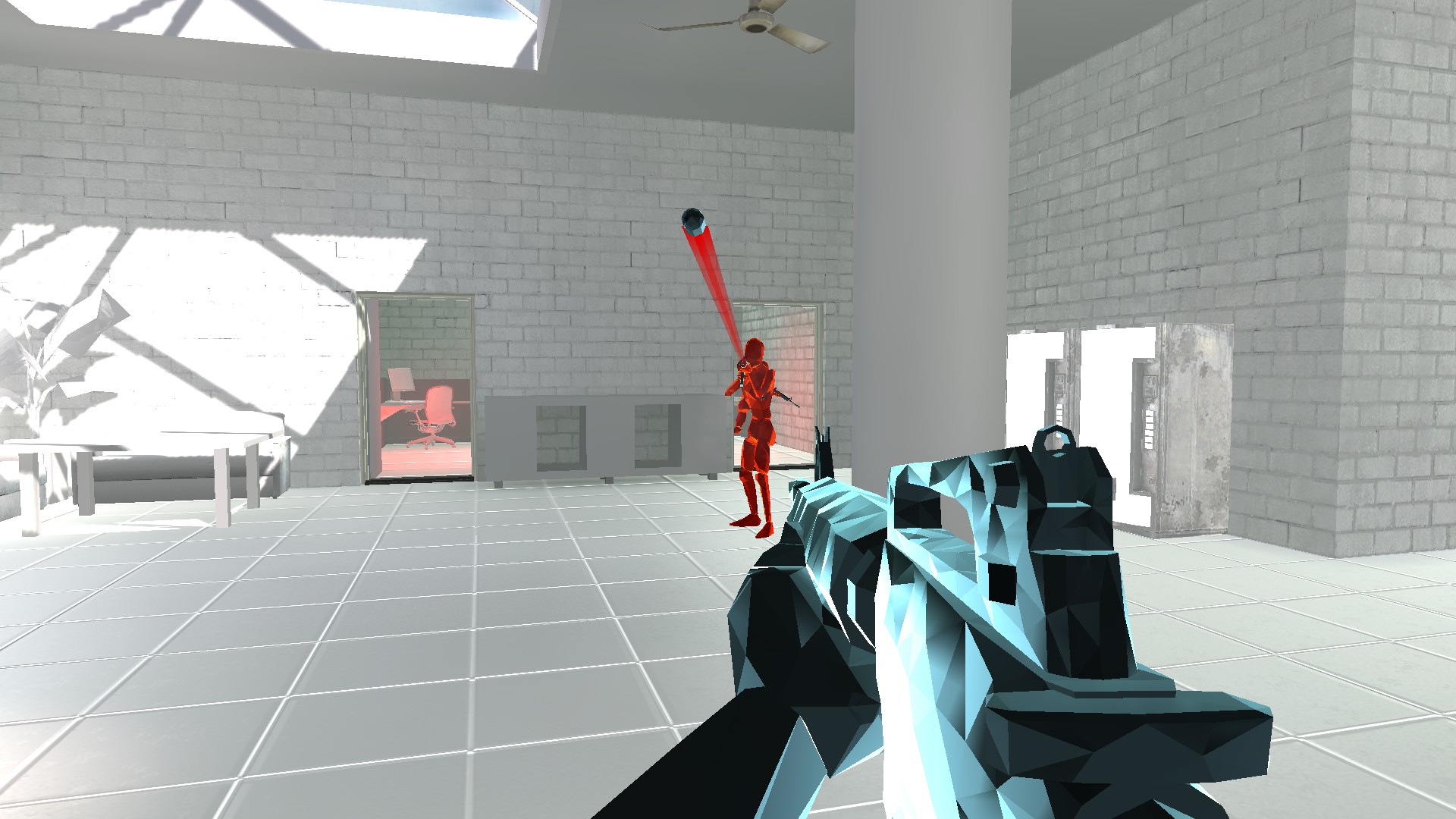 "Hello darkness my old friend, I have to restart yet again"

We've put a lot of work into polishing the mod and levels, from models and animations, to gameplay mechanics and AI, and a few little things you'll see yourself during gameplay. Unfortunately we were unabled to do everything that was planed and so some levels had to be scrapped, some mechanics not implemented or being in a state that felt under our quality standards and thus were removed before release. As we stated in previous news - QUALITY OVER QUANTITY.

Well, to save on all the talks, better see some screenshots! 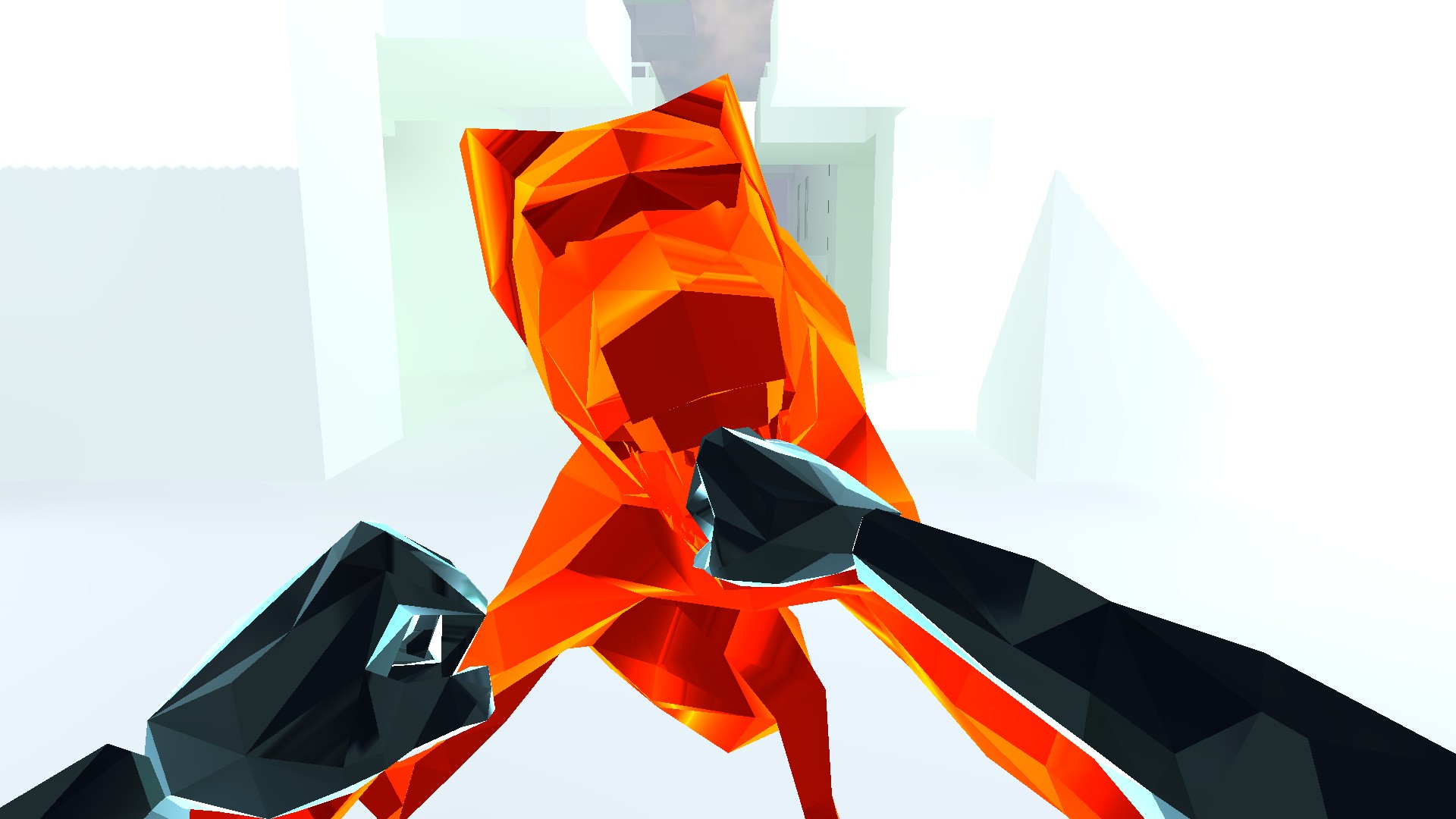 Dog jumps for an attack and meets the punch 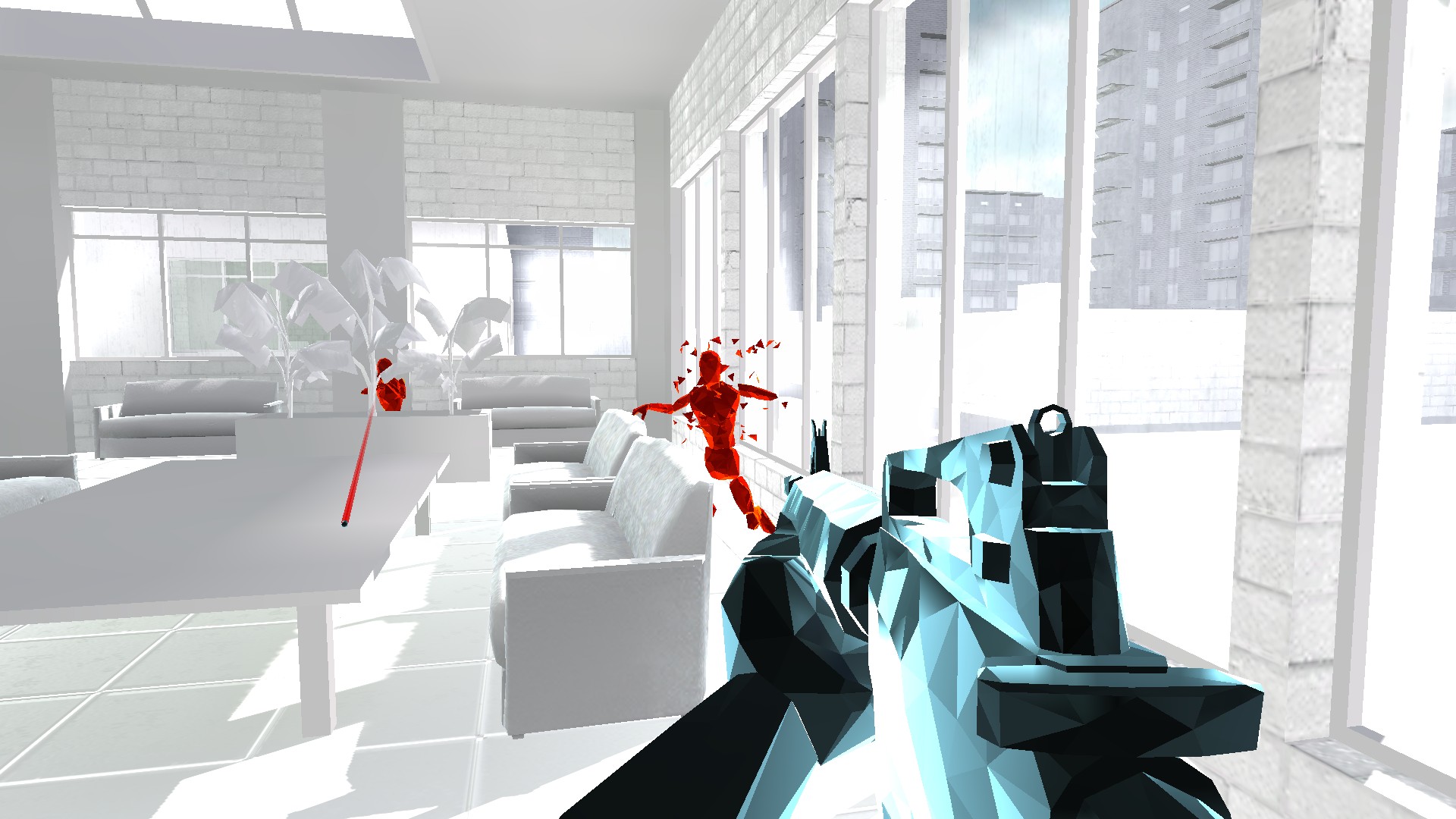 A friend thought it's an actual SuperHOT game by looking at this screenshot, 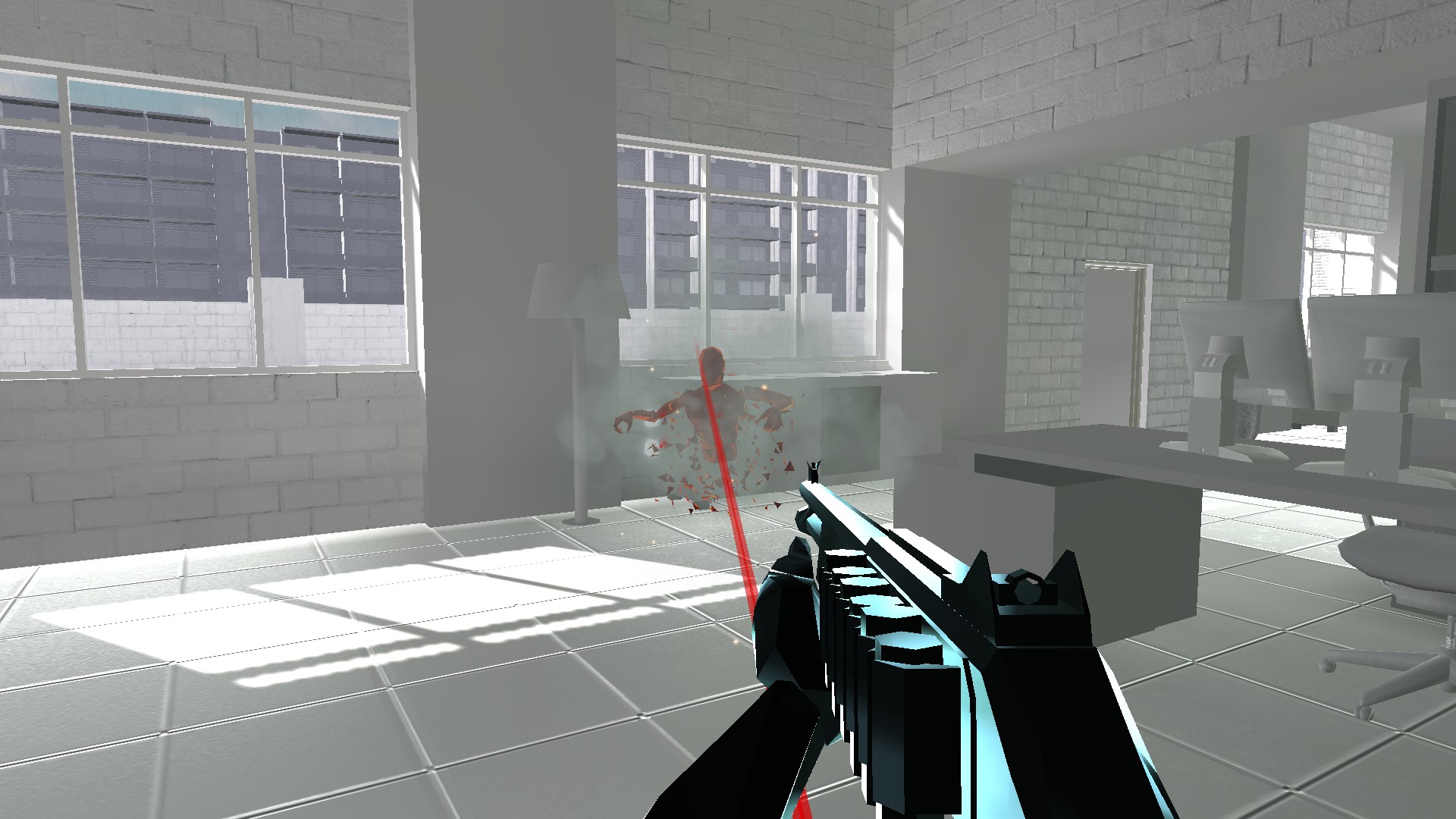 Shotty was hard to implement thanks to the engine used,

but we have delivered and you can tear these folks into little pieces! Precious "shell", but the bodies are disposable ;)

I have prepared script documentation and all examples so people can expand the mod by adding new levels, enemies, guns and everything they want into ModernHOT.

All source files and documentation will be published to GitHub including - level sources, models (cod4/maya), material sources, scripts, GDTs, and everything to create your own HOT experience.

In the days ahead you might want to check this mod page for an article dedicated to release of source files.

Today we'll show you our progress since last update and tease you with damage system, AI, guns as well as a short gameplay fragment!

It's a summary of goals achieved within the first day of #ModernHot development.

The deserts of Call of Duty 4 Modern Warfare have never been this HOT before. #ModernHot welcomes #MakeItSuperHot !

A simple patch that brings fixes to some little aspects of mod. Changelog below

A public version of ModernHOT total conversion for Call of Duty 4: Single Player.

Is this mod compatible with Macs? (Mac OSX)
I can't see anywhere about the platform it should be running on.

I have COD4 Modern Warfare for OSX and it runs fine on my iMac 2009.

For the mod to work properly on a Mac you'd have to start Call of Duty from a terminal and add the following commands after the name of executable (I don't know the exact name of cod4 executable on mac, it's probably 'iw3sp'): +set com_introplayed 1 +set thereisacow 1337 +set monkeytoy 0 +set fs_game "mods\modernhot" +exec modernhot.cfg

As far as I know it should run on Mac just fine, the only problem might be with sounds encoded in .mp3 which for some reason don't play in Mac version of CoD4, aka. no music in intro level of ModernHOT. Other than that everything should work just alright. FPS-vise ModernHOT runs pretty well on a laptop I've tested it on (i3-4158u 2ghz, intel iris 5100 graphics, 8gb of ram) on everything maxed out at 1080p without AA.

Hope it helps :)
In upcoming update I'll probably add the launch script for OSX too, for now you need to start it manualy.

i can not play, enemies never die

Install the hotfix which solves this and a few other issues. Alternatively you can change difficulty by typing: \g_gameSkill 0 in console _before_ starting a map.

Superb work! Will be trying this asap!

Damn, never thought cod4 would have mod this awesome.

The mod is a result of a lot of hard working and figuring out on how to adjust the old, broken COD4 to SuperHot using the broken and limited Mod-Tools of the game. That itself is a reason alone of giving it a 10.

But I have more!
The way the guys used COD4 mechanics to simulate the game is great! The time slow-mo effect, the playerview shader on the PC screen, the bullet trace and models are accurately represented and the whole concept is so nicely delivered in COD4.
Applause!