Modern Times World In Conflict is a complete overhaul of the game Rise of Nations Thrones and Patriots. It contains new units, new buildings, new nations. The First Idea Of The Mod Was an expansion of 1939-1945 Second Great War mod made by NickoX, the mod take the player from the cold war era 1950 to nowadays 2020 with an historical accuracy of the technologie of each year.

Hello Everyone it been a while since last update finaly this is the new version of the mod WIC:Modern Times 1950-2020 V5.0so whats new:1-a new nation south africa2-Fixed many bugs so the mod is much more stable and playable now3-many new units and infantry skins and much more....i let you discovert the rest by yourself and hope you enjoy the mod ;)Instalation:1-you need to have rise of nations thrones&patriots instaled on your pc2-just extract "Modern Time Mod.rar" and play (dont extract on your original game folder)Credits:world in conflict & World War III -by uthum876valdemarcivil innovation -by Greathan1939-1945 Second Great War -by NickoXFierce War mod -by hongquancandalso i used the models made by llhhll, hongquancand, NickoX, uthum876.

Hello Everyone it been a while since last update finaly this is the new version of the mod WIC:Modern Times 1950-2020 V5.0
so whats new:
1-a new nation south africa
2-Fixed many bugs so the mod is much more stable and playable now
3-many new units and infantry skins and much more....
i let you discovert the rest by yourself and hope you enjoy the mod ;)

Instalation:
1-you need to have rise of nations thrones&patriots instaled on your pc
2-just extract "Modern Time Mod.rar" and play (dont extract on your original game folder) 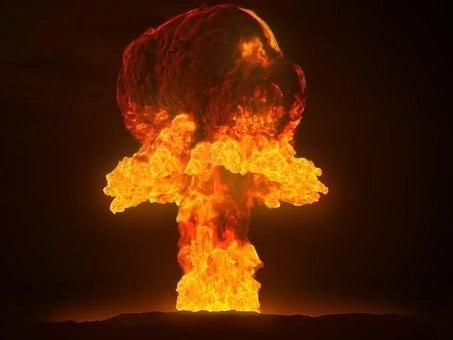 I couldn't find any .exe to start the mod.Could you help me?

I got install the game from cd error. So I imagine this mod is not for extended edition. Is that right?

No this version is for rise of nation thrones & patriots

just install rise of nation thrones & patriots
and then extract "Modern Time Mod.rar" on another folder
finaly run patriots.exe (on Modern Time Mod folder)
i hope it will work for you and enjoy :)

excellent mod, it is the best mod for Rise of Nations: Thrones and Patriots, It is very exciting that this mod has returned.

i'm glad you liked the mod my friend if you find is any bug while playing please report it :)

Hey there ziedt, is this coming for the Steam version of the Extended Edition at any point in time? It'd be fantastic to have this on workshop.

Hi Imperator_RAD-X i think i will work on an Extended Edition version
about steam i don't think to be able to do that for now.

I wanna play, do i just extract in the thrones and patriots folder?

Hello brother, I found that the MI-8 in Iran has no Mi8_iran_green skin, and the MI-8 in Pakistan has a lot of white skin.

Iran MI-8 Lack of tropical and jungle skin.Pakistani mi-8 helicopters have strange skin with white tail，Please How to solve it?