The second list of features in the upcoming M.I.N.E. compilation mod, with credit given to those authors whose works were used with permission. This list is subject to change before the final build is available. 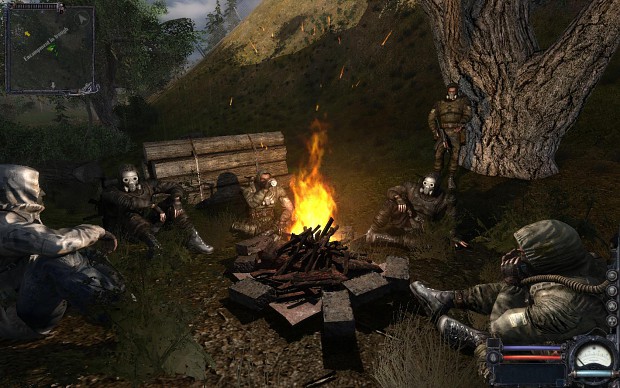 
M.I.N.E. is a compilation mod, so to give fair and proper credit, we have compiled a list of the major works used in this compilation. This is the second features list, which describes more features available for the W.I.P Clear Sky mod, M.I.N.E.

by Separation | Anxiety and Fluffy22 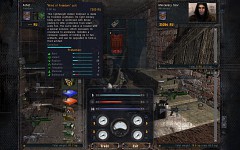 Over the past few weeks, all traders have been given an extensive overhaul to accommodate new food, weapons, suits, and other items. Here's a brief view of some of the changes that have been made to our favourite places to sell stuff.

And there are yet more Trader changes to come. So keep waiting, and we'll soon let you know!

by Separation | Anxiety and Fluffy22 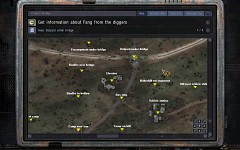 What mod would be complete without some enhanced gameplay features? Well, these continue on from all the features listed in the first features, so lets see what else we can expect within the Zone. 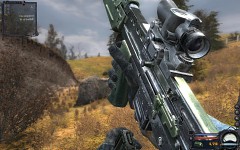 Weapons are no longer mere toy's - they are now serious stuff. So far, some improvements have been done to the area of weapons. 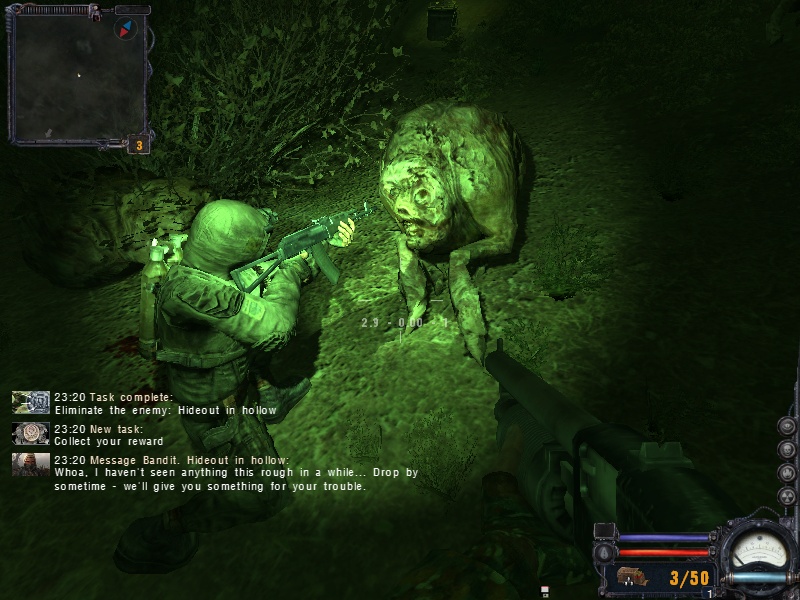 This is a preliminary list of changes, and is subject to change. All features listed are fully implemented in the current Beta which is being tested. If you have a mod you would like to contribute to this compilation, please contact a member of the M.I.N.E. development team.
And as the man says above, Drop by sometime.

Looks good, but wouldn't the ecologists pay the most for mutant parts? Duty should pay only slightly more than normal.

I'll suggest this to Separation | Anxiety, since he is working on the trader configs. The Ecologists should pay more than the regular for mutant parts and artifacts, IMO.

I'm actually tinkering with the idea that they could in fact, be equal, both being the only two vendors who are willing to pay full price for these items; Duty wants the mutants dead about as badly as the Ecologists want to study them, I'd imagine.

As for artifacts, they do pay a substantially higher amount for them than the other traders do.

It makes sense that Sidorovich would pay the most because his buyers likely are shelling out more than ecologists would be able to get (from government subsidies etc). There isn't much private finance behind the ecologists (usually) so they wouldn't be able to compete with someone who does.

I second these notions. Duty should pay as much for mutant bits, as the Ecologists (They want them dead, just as much as the Ecologist want to study them, just as someone said. Plus, don't they have their own scientists...? Or were those the Ecologists, and I was under a false impression. Whatever, moving on.), Duty should pay just a touch more than the other traders for artifacts, the Ecologists should pay much more for artifacts (To the point where, if you can, that is, join them, the amount at which you can sell mutant parts, and artifacts, should overshadow the amount of cash you can get anywhere else.), but if you don't go a specialist route (Or go the Loner route, I'd imagine.), Sidorovich should shell out the most for artifacts, especially if you do the job to get his case, and get the discount/get more money for stuff boost. Especially when said boost actually DOES SOMETHING. Anyone else think he was full of ****, when he said that? Didn't seem to give me more money for the random junk I bring, OR make me pay less for my ammo, and other stuff.

But, perhaps, given it's nature, if you go the Bandit route, maybe the Black Market should give you the most money for artifacts? More than the Ecologists, or Duty, or Sidorovich could even DREAM of paying (Or would that be have a nightmare over?)? Not for mutant bits, though. They should pay less for those than rusty 9x18mm rounds.

Ho-ly crap. SEVENTY new guns!? I thought we were only going to get one new gun for each hand, and a few more that you could reasonably carry about with you, between multiple anchor points on your person, and your backpack...Nope. This also means that a lot of guns I really want to splatter some dudes with could reasonably show up...Ithaca shotguns, M24AX/M40AX/R700 bolt action rifles, more magnums than just the GP-100 (Although that'll do just fine. Juuust fiiine...), maybe the M-60, perhaps a new rocket launcher? Anyone? Hell, just the RPG-7 being more common (And less expensive...) would make my day more than figuratively taking a Bandit's head off with a Raging Bull, or Colt Anaconda.

I'm hoping I can go man hunter on these suckers with any of the above mentioned NATO sniper rifles, with the scope detached; and a sawn-off, with everything that gives it +Accuracy (Bar the rifled barrel.), and (Hopefully...) a couple of muzzle chokes, loaded with magnum buckshot, as a sidearm.

Not that it has anything to do with the subject, but my idea of the perfect compact shotgun sidearm is: A sawn-off, with the remaining wooden parts replaced with synthetic parts, a modern folding fore-grip, and muzzle chokes, to help counteract the damage, range, and slight accuracy deficit presented by sawing off the barrels. And, maybe, replacing the old, heavy iron or steel metal parts, with something lighter...But I'd prefer not, since you need SOMETHING there, other than the grip, to help you control the recoil. 'Tis a shotgun, after all.

But...what if you installed some small weights at the end of the barrels (Or maybe one, right in between.), to help you control the kick, but allow you to still decrease overall weight...Hmm. Interesting premise.

Can you reupload the picture of the EasyEconomy part, please ?
I can't see it larger