Mighty Knight: Year Of The Storm

"The piece had been a fregile thing for a long long time for the kingdomes of Domun. In the year of the great storm, an unknown army revealed itself from the deepest places of the giant mountains - and forces the world into total chaos. Enzo, the lonely mercenary, famous for his inhuman tolerance makes his way to encounter the danger. Based on his sources, the invaders are attampting to transform the observatory of the great mountain into a weapon, that utilizes the energy of the thunder, they call it the thunder tower. By colletcing the lightnings, focused strikes can be executed against the main strategic locations of the resistance with no risk of serious military loss. Shortly after getting in the fights, our hero realizes who he has to face, the Homonculus army, created by the long time disappeared Thousand year emperor..."

IMPORTANT!: You need GzDoom or the original Doom2.wad file to run the mod. The Demo version Contains the first three level. 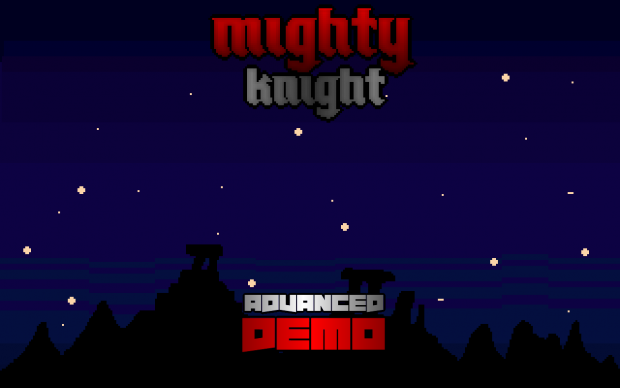 Hey there... Please don't stop working on this absolutely amazing mod...
I love it...
Maybe you should think about implementing a whole lot more weapons and items... I saw a new retro FPS styled game called nightmare reaper and your game has kind of a similar art style... Absolutely gorgeous
If you could build a system for weapon stats you might be able to make a so amazing game that it might be sellable... Or if you don't want to sell it at least it will get really much attention

thank you for your encouraging words. unfortunately the project is now paused. I recently suffered a major break in my private life. As soon as I manage to process the loss, I will continue working.