Use with PMEP (Procompsognathus & Mamenchi Expansion Pack) for the best results. Install PMEP first, then install Mesozoic Revolution over it.

PMEP download link since the old ones are dead: Mediafire.com

After some months of delays, hiatus, and testing, v1.03 is going to be released very soon.

Let's meet the new dinosaurs to be introduced in v1.03. First, the giant sauropod-sized hadrosaurid Shantungosaurus, a close relative of Edmontosaurus, and so large that it just plain screws over the popular mainstream notion of large ornithopods being easy prey for theropods. 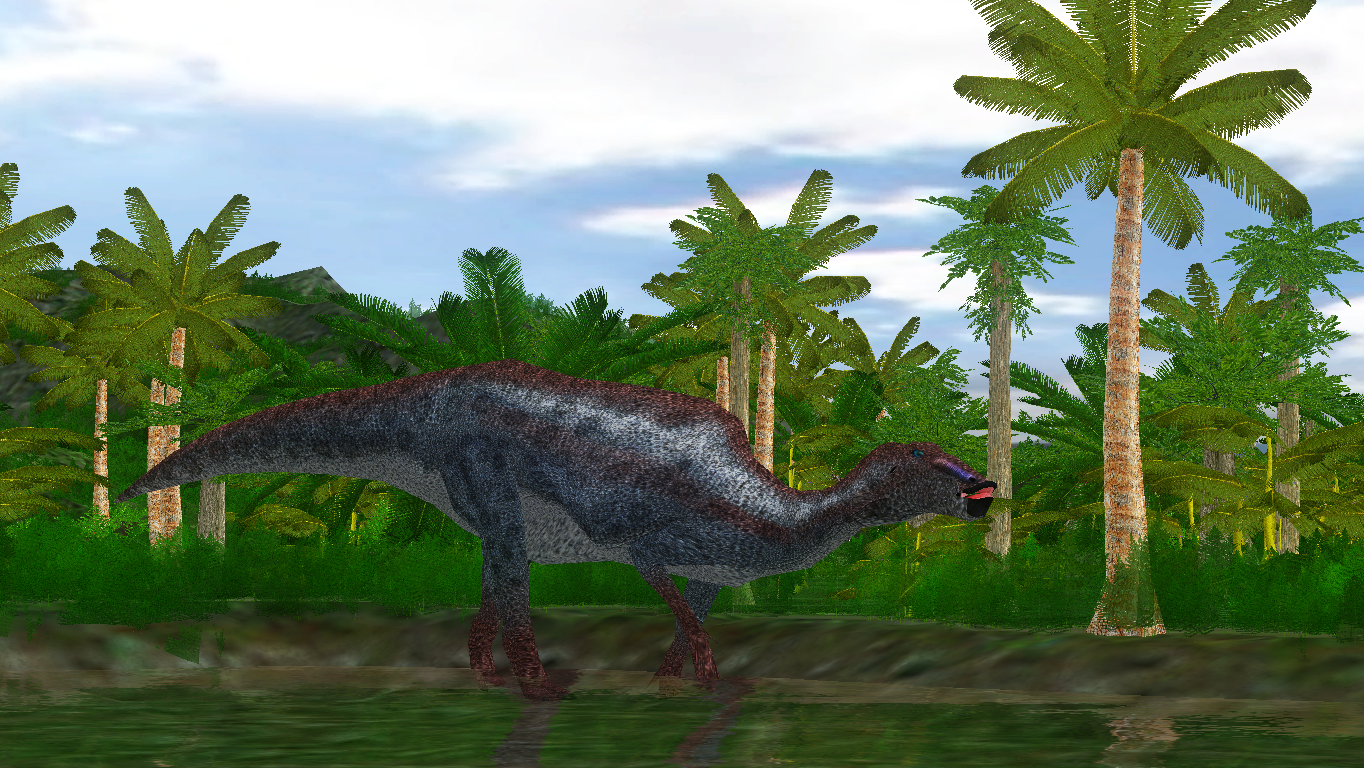 Then, the armored ankylosaur Saichania, 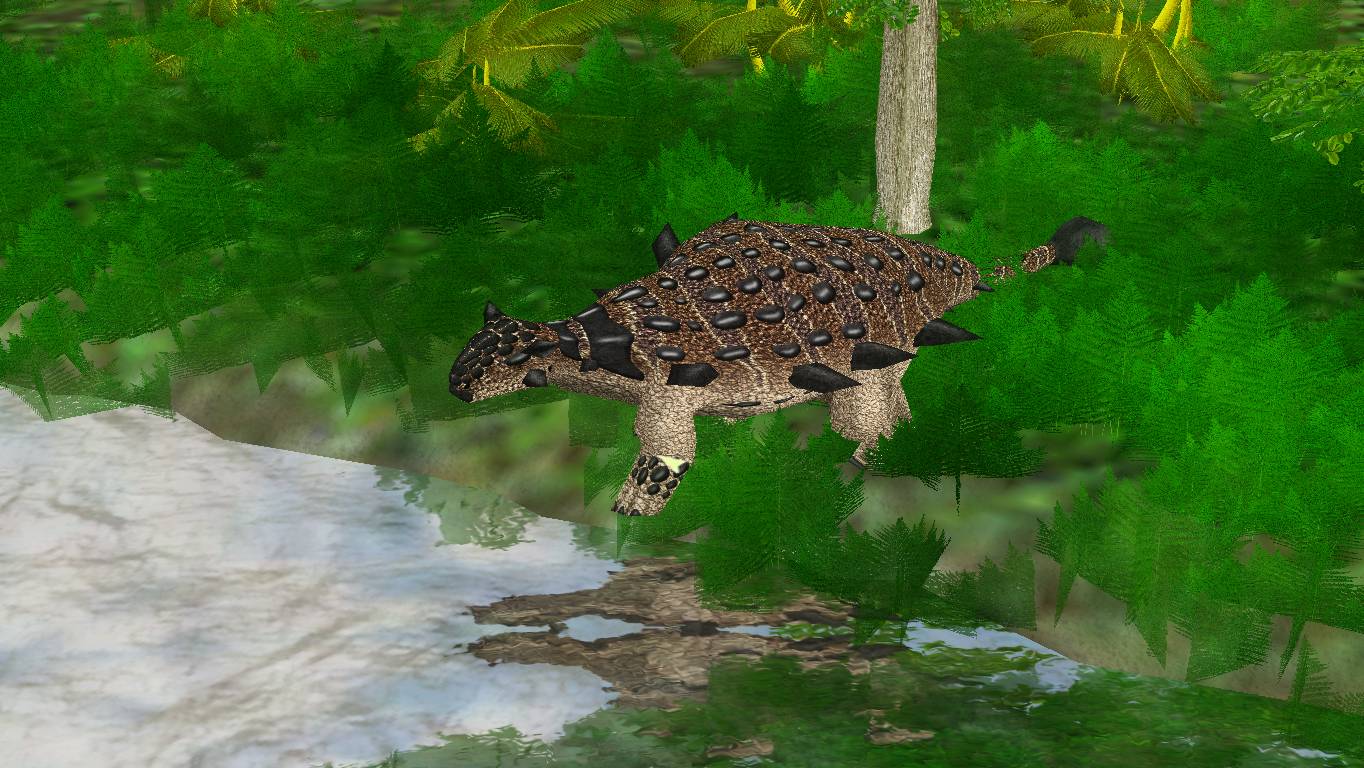 and the poorly known, admittedly dubious, tyrannosaur(oid) Chingkangkousaurus. Once thought to be similar to Allosaurus, more recent research supports a tyrannosauroid affinity. 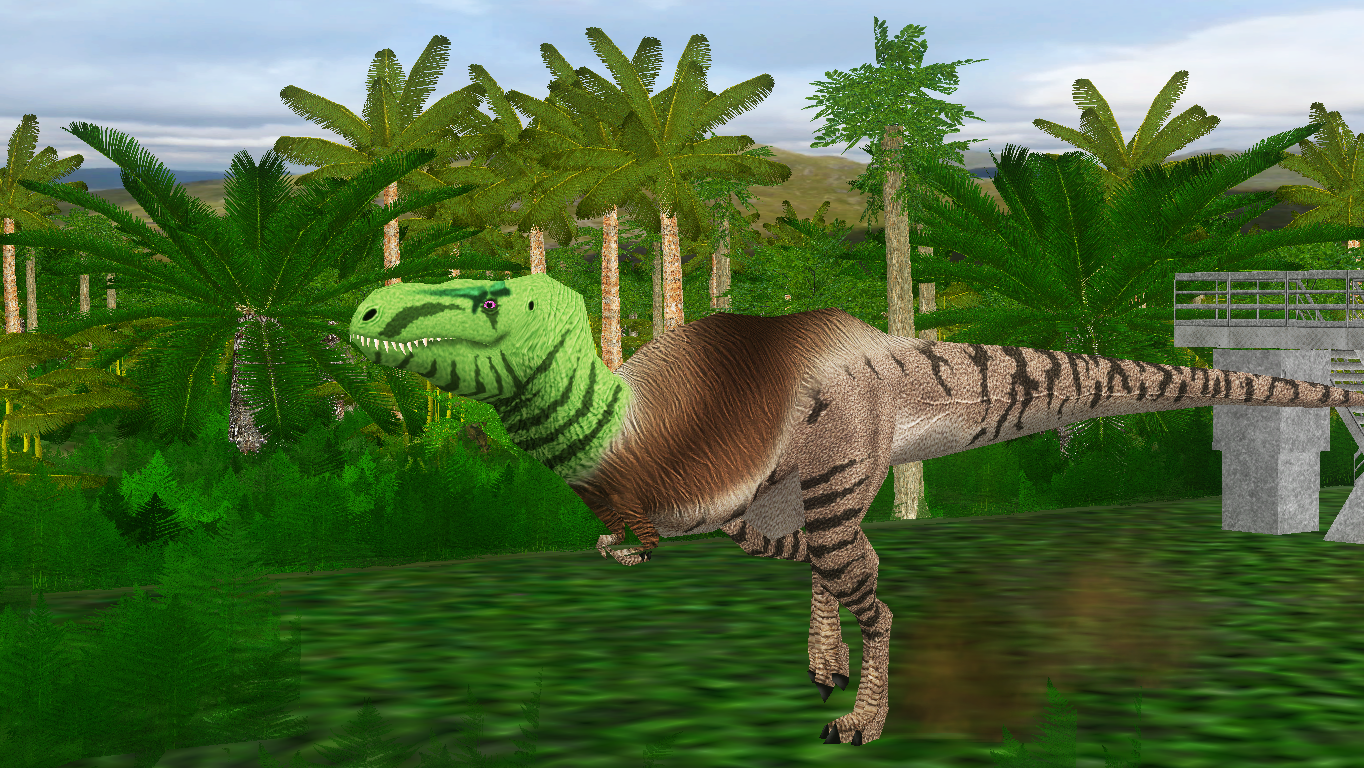 They will be available in the exercise "Any Port In A Storm".

Then, some of the older park members change as well. Apatosaurus and Amphicoelias now get straighter and higher necks. 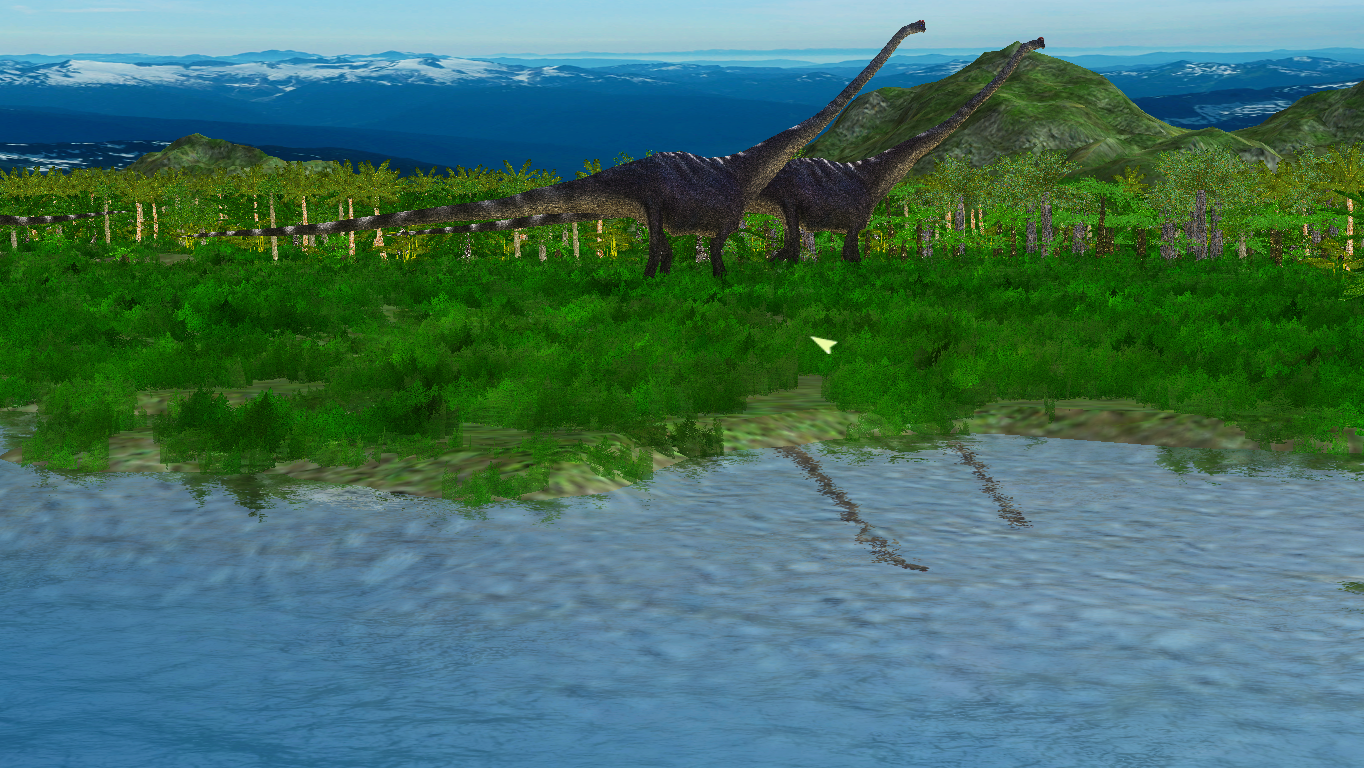 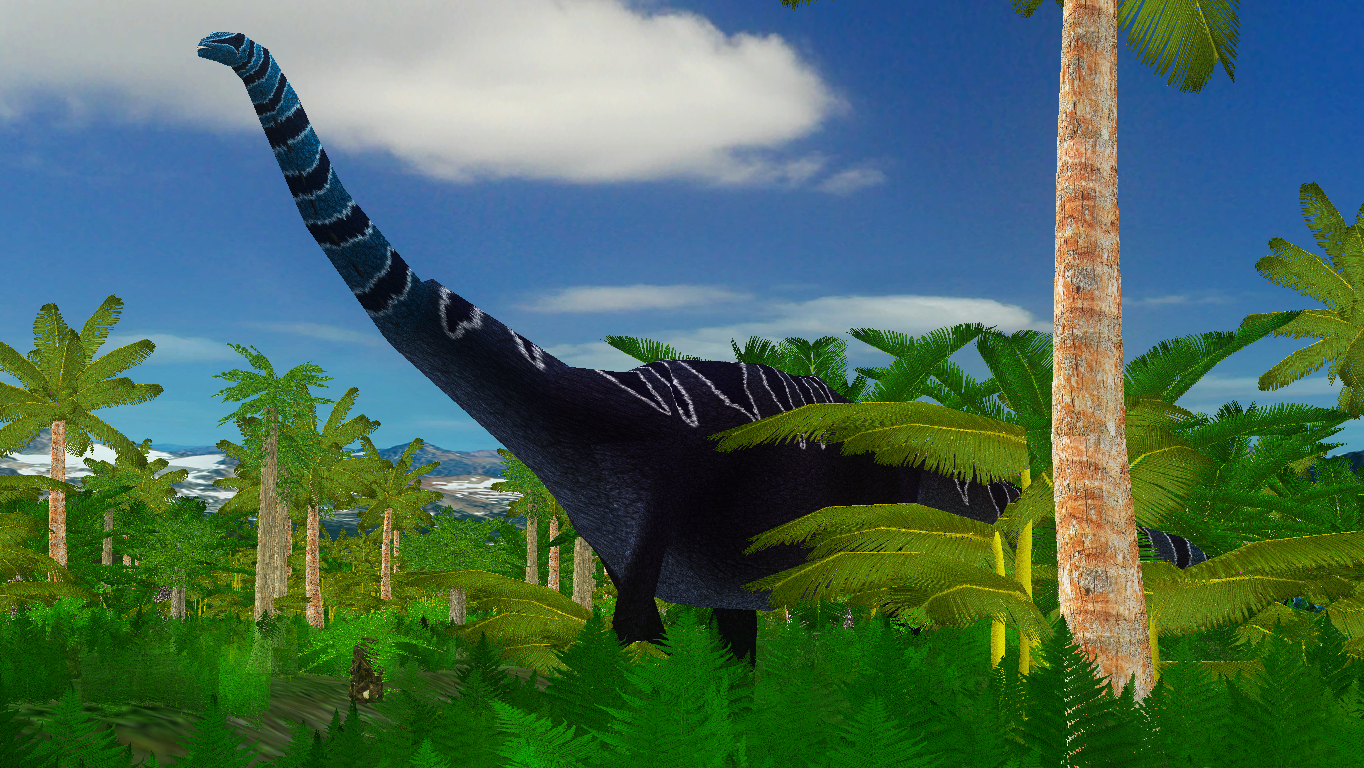 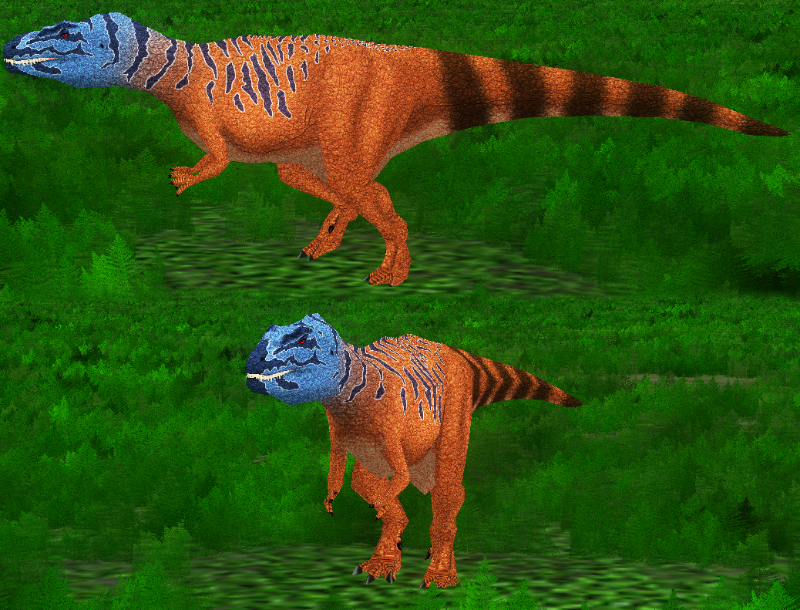 Edmontosaurus gets a longer tail, based on some currently-unpublished edmontosaur specimens mentioned by Matt Martyniuk and Tracy Ford, as well as portrayed in the upcoming game Saurian. 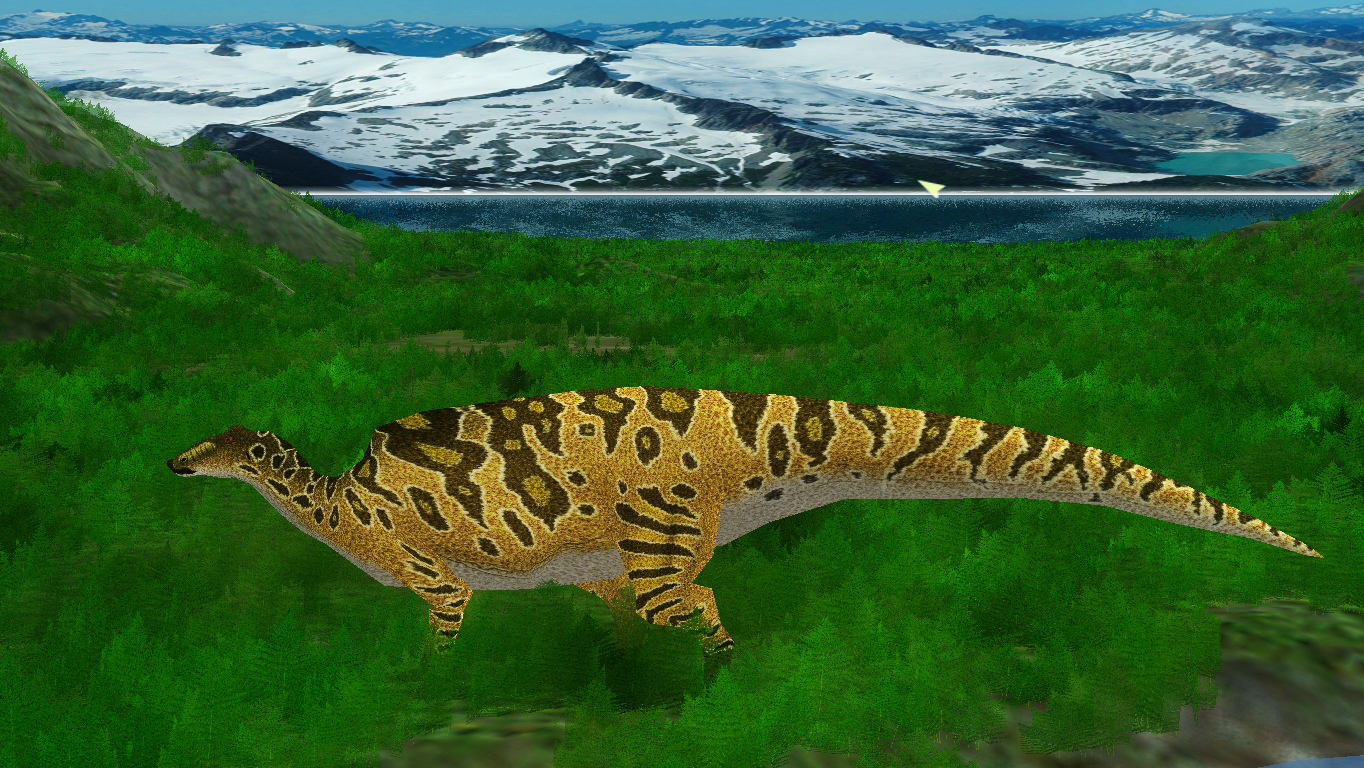 and Triceratops, along with Torosaurus, get new and more accurate skin textures (large hexagonal scales with nipple-like feature scales, as per Triceratops skin impressions) and keratin face shields (based on the bone texture of the face being similar to that of the horns). 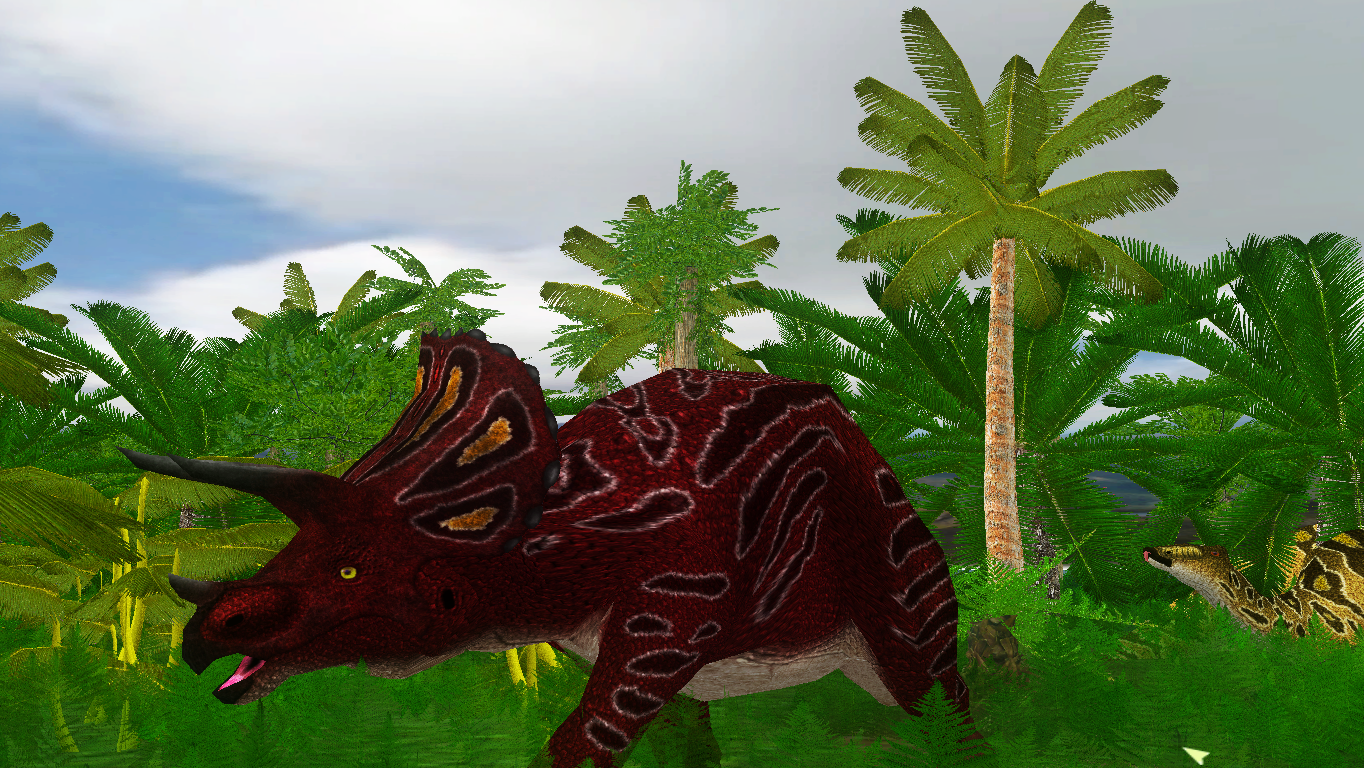 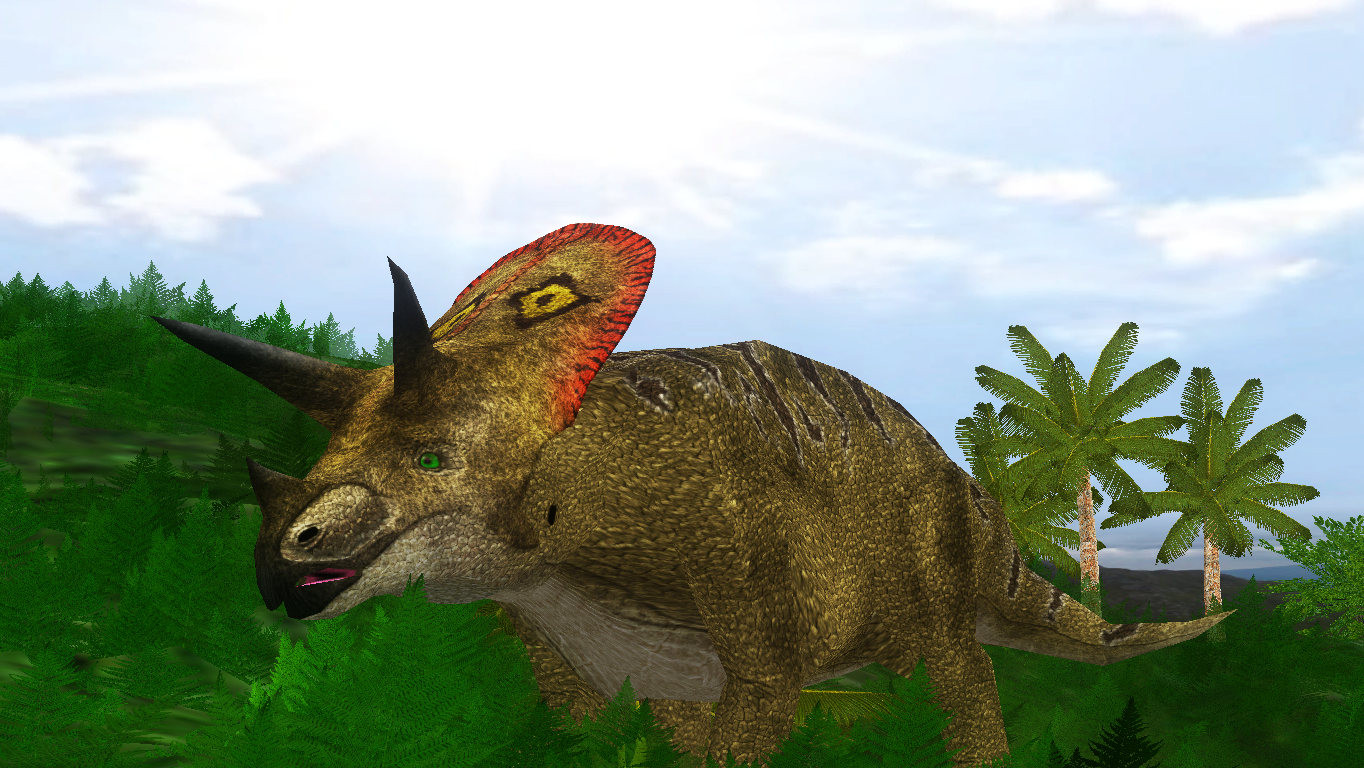 And last, but not the least, the feature that took so long to get to decent functionality...fish! Yes, fish. They're still pretty much prototypes, but you can give your spinosaurids proper meals at last.

Also, you may notice some name changes in some species when playing v1.03. For example, Tenontosaurus. Turns out that the "Tenontosaurus tiletti" in the mod is actually the larger species Tenontosaurus dossi in all but name (it was much too big to be Tenontosaurus tiletti). Also, Corythosaurus is now Hypacrosaurus because, really, it seems that when you really look at it, they're too similar to split unless you're an extreme taxonomic splitter.

Meet the new dinosaurs that will arrive in v1.02, as well as a makeover for an older member.

The story of "Mesozoic Revolution"

The story about the conception and making of "Mesozoic Revolution".

The most palaeontologically-accurate HD mod for JPOG. (v1.01 changes: Fixed Open Range Safari loading crash and a bug with Aegyptosaurus in Any Port In...

Patches v1.02 to v1.03. To install, just paste the Data folder to your JPOG directory and overwrite.

Patches v1.01 to v1.02. To install, just paste the Data folder to your JPOG directory and overwrite.

Open Range Safari + Any Port In a Storm fix

Fixes the crash that happens when the exercise "Open Range Safari" is loading. Also fixes a bug with Aegyptosaurus in "Any Port In A Storm". For people...

Could someone help me ?, some dinos like shant or the edmonto with their new model do not appear when I start a new game in the site b...
Thx :)

Anyone know how I can add the carnotaurus

theres no carno in the mod

how i add dinos like dakota shant giga and others?

are you still working on this mod???