S.T.A.L.K.E.R Memories Mod Is a mod compilation, designed to have a bit of hardcore and realism features. The mod is based on Oblivion Lost and AMK mods. Some of the features were made by other modders I just merged different features from other mods and added to oblivion lost to make it more realistic and interesting to play. Almost everything was rebalanced and changed from sound to gameplay to add a different feature and get a better feeling to the game. The mod is still work in progress but it won't be long before I release this mod. It's my first mod compilation, and I'm hoping it won't be the last. 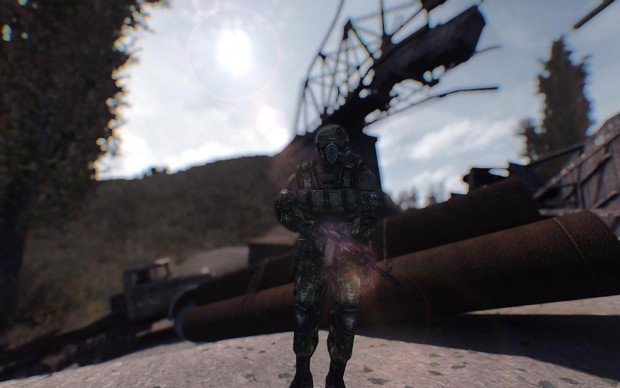 It's always good to see updates from this mod. That grunt uniform looks way better with helmet than bandana...or is that a Beril suit?