Lucium total war is a mod that takes place in the year 1700, and goes all the way to 1850, with technologies and warfare progressing as you play. There are 2 main campaigns to play, both being completely unique, taking place in an expanded Europe that goes from Swedish-Finland to Persia, and an original and totally unique South America. The Europe campaign beginning in 1700 (around the Spanish Succession Crisis and the Great Northern War), and the South American campaign beginning in 1819 (around the revolutions of Simon Bolivar). The 1.0 version of the Europe campaign of Lucium Total War, was released officially on April 20th 2020, with the 2.0 version being released shortly afterwards on the 14th of June 2020, and then also a 2.5 version on the 4th of July 2020. This began a short break for the team as we worked on the 2.6 version, as well as the South Americas campaign: Bolivars Revolution, having those release on the 12th of November 2020. We adore 3.0, and hope you do also!

RSS How to Install the Latest Version of Lucium Total War

The official video on how to install the latest version of Lucium Total War.

The official video on how to install the latest version of Lucium Total War. Let us know if there are any issues with the install either in the comments of the video, or in our official discord linked below. Thank you for downloading and playing Lucium Total War. 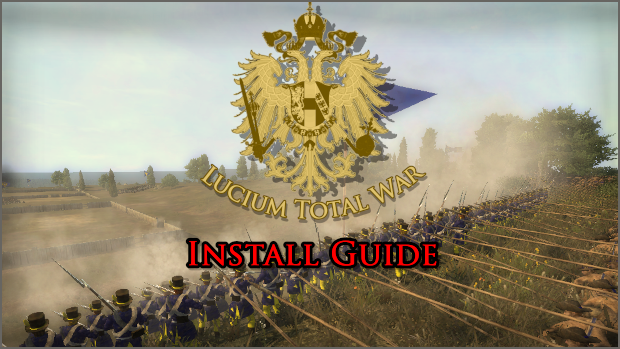 Is it fully compatible with other mods mate ?