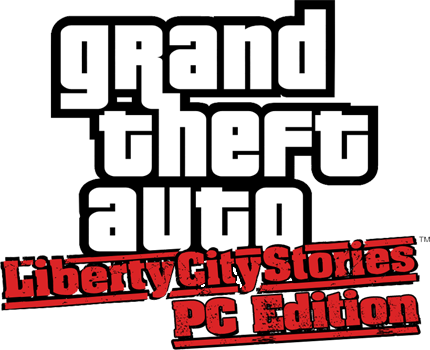 Grand Theft Auto: Liberty City Stories PC edition and Counter-Strike: Liberty City Stories
GTA: Liberty City Stories (original) was created as a result of a collaborative work of the young Rockstar Leeds, for which this became a great debut, and the creators of the series, Rockstar North. The game has been released for PSP in October 2005. Later, developers decided to port the game to Playstation 2. The port appeared in stores in June 2006.

1998. Liberty City. Two years before the well-known story of GTA3. How did Liberty City look before we first visited its streets? This time, in the center of all action is Tony Cipriani. Fo four years he has been hiding from mafia in foreign lands, but now he finally decided to get back to his home city. Unfortunately, Tony was not forgotten, and neither was the murder of a mafia don. Bloody cat-n-mouse games continue in Liberty City.

Wtf... This isnt a PC version. Again a absolutely broken fake mod made by the same GuJ guy. I recommend you to avoid all of his stuff. ITS HORRIBLE.

Go here for a real proper Liberty City Stories Port:
Gtaforums.com
And no, its not done and who knows if it will ever be.

LCS PCE for SA released before Re: Liberty City Stories almost 9 year ago You know that? Please look, Author of LCS PCE for SA and Re: LCS PC for VC is are different LCS PCE for SA by LCSTeam but they closed in 2014, Re: LCS for VC is development later in 2017 by Ryadica926