This is a map for Men of War that is based on GSM Fields of Honor mod. In this map you control 16 soviet soldiers who are defending small village from attacking germans. They come in waves and you have few minutes between them to repair enemy equipment, defences and organise soldiers. The map has some cool features like carrying fallen members of your group to medic and airplane supply drops.

Paratroopers and King Tiger in new version of "Kolhoz"! 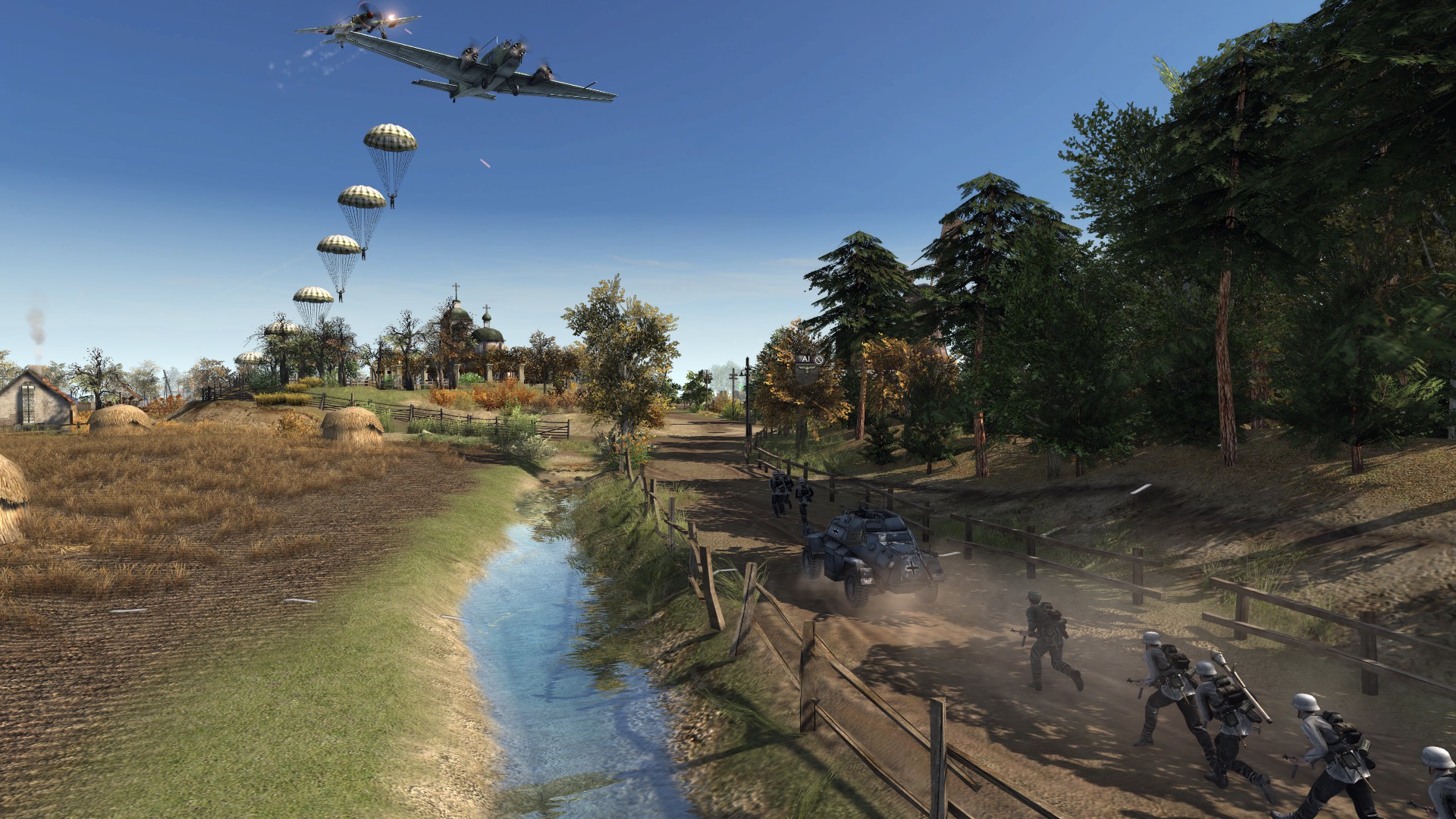 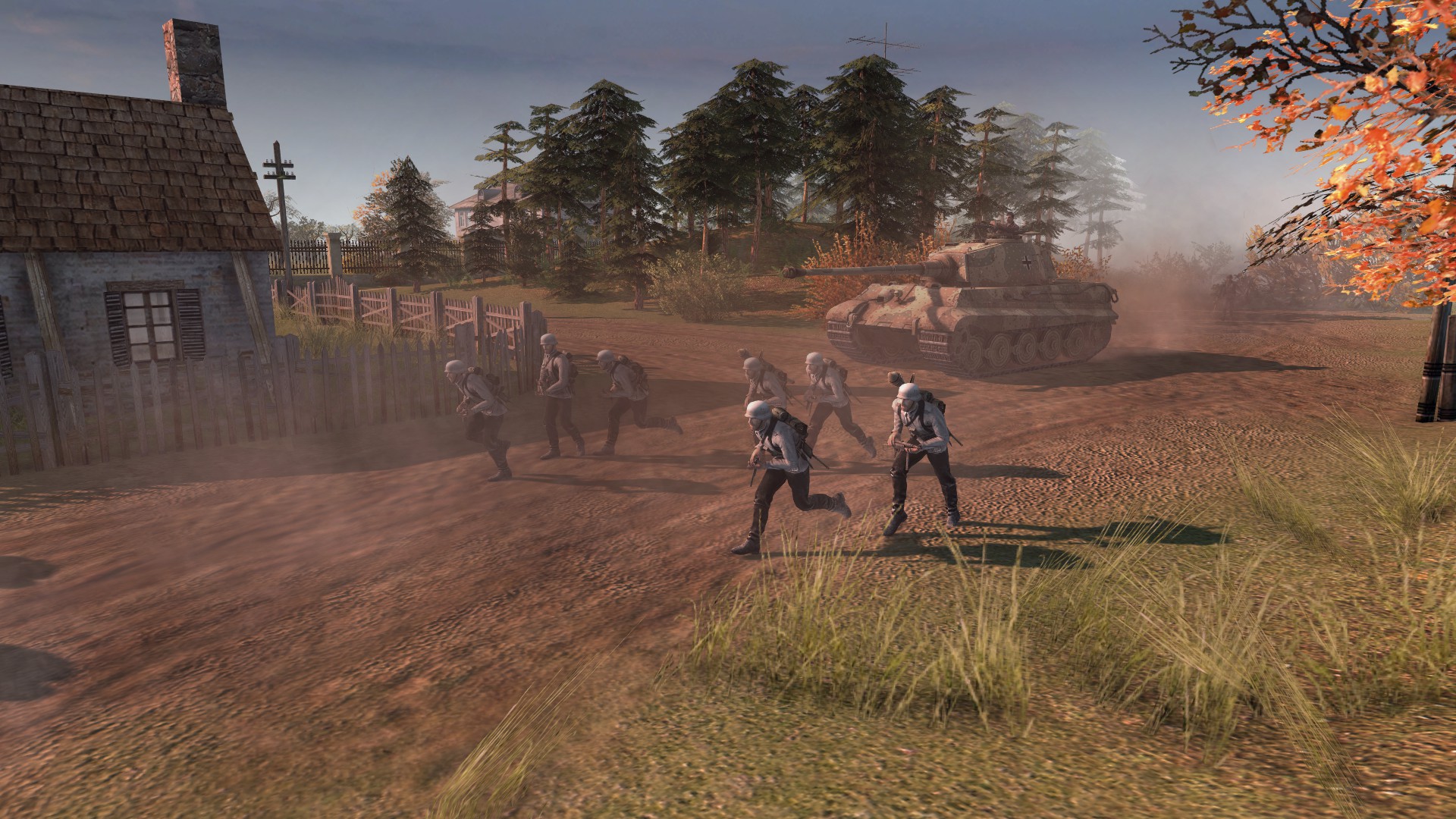 After lots of testing and bug fixing the map is now ready to be released!

Now in the summer I have some free time in my use and I decided to finally finish my map. I deleted most of the unimportant stuff and focused on gameplay...

First public version of the map. If you find any bugs or you wish something should be changed, send PM to me :)

It's really been some time since I've last visited here. I'm amazed that people still play and download this :)
I was actually making a winter war based mod to MoW AS after this got released, but I decided to cancel working with that.. modding and mapping are so time consuming and you have to sacrifice lots of free time, something that I didn't have much back then.
I started making Kolhoz map probably in 2009 and it was supposed to be just a simple wave defence without any of the fancy stuff. I didn't know anything about map making back then and I had to experiment alot with the editor. As I learned to script better I just kept adding things and improving them. The map was never really finished and its still pretty buggy from all the complex scrips but its working and playable.

I'm afraid that I'm not going to update this. It would require so much to just learn everything again since I have not even played the game for years... But maybe I will someday start working with newer versions of MoW and create similar map like this. I probably wouldn't spend 2 years working with it as I did with this mod/map tough :D

Have fun playing the cool map and feel free to upgrade and mod it yourself if you want to! I will inform here if I start working with something in the future :)

This mission you have made is the most unique and engaging battle i have ever seen in mow, there is a lot of detail and a lot of thought behind it, i wish more missions were like this,its truly a masterpiece and you should be very proud of it, cheers mate!

Edit: i actually remembered i had posted a previous comment down below, its the exact reason this mission is so unique!

Played it for the first time yesterday since **** knows when, and it's still my favourite Men of War mission ever.

If L4ZZe really is never going to make anything like this again, then we have lost a truly great modder. Thank you for this fantastic mission.

hey sorry but its impossible to me. i cant do this. can u make a bit easiest version? or tell me how can i put out some german troops from the game.

idk how to do a review on this (plz tell me) but the map is AWESOME,one of the best scripted and planned out maps that i ever played in a mow game,because they promote what mow SHOULD:resourcefulness,tactics,units microing,ammo and equipment conservation,simple and well understood mission objectives and an overall FANTASTIC atmosphere plus the awesome cnc music that really charges the already tense feeling of having to defend with little to no equipment!

WELL DONE L4ZZe I SALUTE YOU

but this mod looks like fantastic and i wants to play with this.

hey pls help me i installed the 1.17.5 but if i activete the kolhoz mod it put me out from the game...

Read the instructions, you need to have GSM FoH 5 installed and applied from options first.

thank u verymuch, now im ok. its fantastic. but will it end?