KKND2: Krossfire Remake is a TotalConversion for CnC Generals - Zero Hour. This mod is based on the old game named Krush Kill 'n Destroy 2: Krossfire. This mod's goal is to recreate KKND's universe in full 3d environment. In KKND 2: Remake there will be three factions from the original game: the Survivors, the Evolved and the Series9. This mod already includes original construction system, oil production, tech level system, e.t.c. This mod will also include only original music tracks. KKND2 RM is planned only for skirmish and multiplayer. The beta release is planned to have two sides, the Survivors and the Series9. The final release will include all three sides. The mod is now being developed, and we are looking for additional Mappers, 3d modellers and animators. For questions go to our Forum. 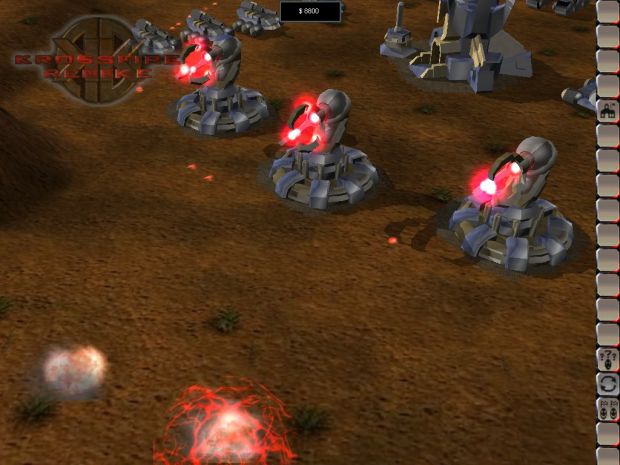