Early access release. Version 0.1 Before installing, you should make a backup copy of the original game!!!!! 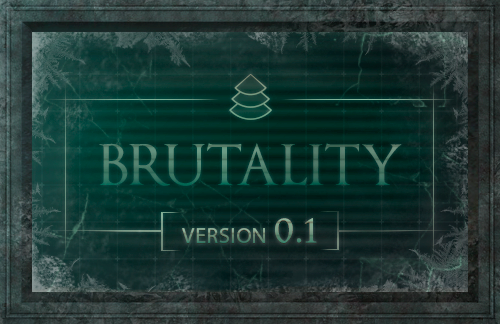 “Brutality” require the original "Star Wars: Jedi Knight: Jedi Academy".Without the original game, the modification can not be started.

Before installing, you should make a backup copy of the original game.
Install: Copy the modification from Brutality folder to GameData folder with replacing the original folder
In future versions we will make installation easier.

4) Because of Qeffects, the fps on some systems falls. Qeffects deleted from the modification, available as an additional file

7) Fixed some bugs in the main menu

9) The datapad menu has been improved ( + hologram added)

16) Fixed a lot of bugs in the all levels

20) Now the boss battles are a bit more like Dark Souls. Added a "great health bar" to know exactly how many lives the boss has left.

This version is not the last - all bugs still could not be removed, but we are fighting with them! :)

In order to download, remove "https://static.moddb.com/html/external/tinymce/" and only load the following URL:

I'm trying to change the link, but the changes are not saved((

Luckily the download link in the "files" tab seems to work appropriately. Not sure why the link above in the article is having this issue.

But at least it's there, just as long as users are redirected to the file tab instead, if it isn't working for them otherwise. :)

Hello, during the continuation of game after character creation we will go with the table:bad parameter in external weapon data _ damage. what to do with it ?

How to play with original music?