But what exactly is this mysterious Indochina?
Absolutely nothing to do with the music group (!), The mod Indochina from 1945 to 1954 is a project started in January 2012 (3 years already ...) Arto and recently joined by Pirat3n, a 3D artist quality, and of W4lkn, author of the mod MAF (mod French Army) ArmA ArmA 1 and 2. long forgotten, often intentionally, the Indochina conflict is a bad memory in France, many prefer to erase from the collective memory (is therefore it is called the "chauvinistic spirit" in French?). It is with this objective that indomitable Gauls team (unlike the famous comic strip by Goscinny and Uderzo, they do not come from Brittany) wished to pay tribute to these fighters, who are not in our history textbooks, realizing a model describing this forgotten conflict, which lasted ten years. 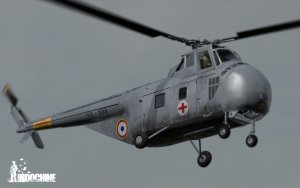 The war for what?Indochina! And yes, perhaps that or most of you, this war not mention you much ... But do not you made, this is normal and we are here to correct it.
In September 1945, as the Allies celebrate the end of World War II and his victory over the Axis forces, France finds itself once again in conflict ... in Indochina!
First seen as a liberation army by the people of Indochina, the French army is seen indeed fight the latest Japanese forces in this part of the world. But very quickly, the situation will be changed and the conflict escalates into colonial war when the Communist forces of Viet Minh demanded independence of Vietnam.
Main French colony in Southeast Asia since 1887, Indochina met in fact regions of Tonkin, Annam, Cochin China (which now form Vietnam), Cambodia and Laos. 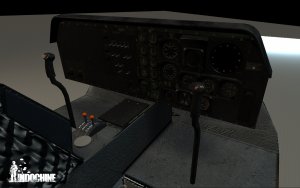 In a context of Cold War, France tries to keep Indochina but especially to push the communist presence in the Southeast Asian Region. But many political reasons why the French population has not shown that few interests, see a total rejection of the conflict in Indochina, causing deep unease among the fighters of the French Expeditionary Corps (the CEFEO) and the rest of the population remained in France. Far from the battlefields of World War II where the enemy was clearly identifiable, French soldiers are seen fighting a formidable opponent, sometimes peaceful farmer growing rice, sometimes rebellious his gun. Despite some notable victories CEFEO, as in Phu Tong Hoa or Na San, guerrilla warfare conducted by the Viet Minh seriously impact on the morale of the French Union. The war finally ended after the French defeat at Dien Bien Phu in 1954, which will put France in a position of weakness in his attempts to lead talks and the Geneva agreements. 1954 then represents the end of Indochina, Vietnam separation into two states, the replacement of France by the US as a protector state ... and finally the beginning of a new war for French fighters, which will last also eight years: the Algeria!
JPEG - 168.5 kb
It was important for us to introduce you to this conflict, in a fun way through the game. Although we are trying to focus on the battle of Dien Bien Phu, the mod will try you immersed in the lives of his thousand men and women, civilian or military, french, Indo-Chinese and foreign, with units and materials, as faithfully reproduced, that will be used throughout this deadly conflict. Currently, many models (Sikorsky H-19 105mm gun, MAT-49, MAS-36 ...) and a map of Dien Bien Phu are being created, and we hope you uncover as quickly possible. Although the project is supported by a well chauvinist OFrP mod, there will be no bias. Indeed, Indochina team members are only developer / gamers passionate about this conflict and history, not politicians. 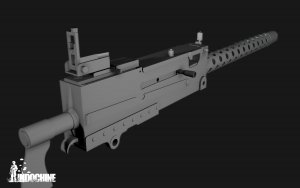 And what does OFrP in?
Today, Indochina and OFrP are one and the same team together around a common project: to represent the French army on games of Bohemia Interactive! This consolidation enables us to pool our knowledge and data, while agreeing on the same Teampseak. 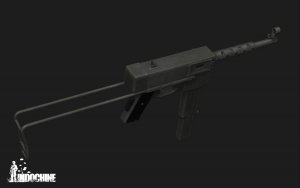 In addition, it aims to speed up the work on both mods, and novelty always allow Indochine planned for ArmA 2, to feel the ground on ArmA 3 via the knowledge that modding team OFrP bring.
Modders of our team and can give vent to their passion and develop as a modern French army, a historic project! After all, Operation Frenchpoint French Army Mod, here aptly named, while Francophone project is therefore its place.
But rest assured, the identity of Mod Indochina remain unchanged!
Indochine team joins me in thanking all members of OFrP for their hospitality and good daily mood. 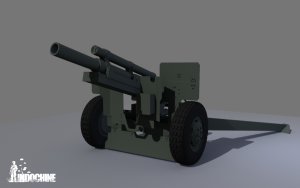 The Indochina Mod has reached 0.0.2 version

The Indochina mod is available !

Dear Community, We told you and it's official today thanks to Santa Claus, the Indochina mod initially intended for ArmA 2 is available in an Alpha version...

For some time we thought the passage of Arma 3. The work is not lost, with a few changes to migration patterns.

Some news from battlefront : A Sikorsky H-19 helicopter is currently being modeled by our team. Here, for your eyes, exclusive screenshots of the new...

Here are two new planes. The one is a hunter(fighter) on the aircraft carrier Arromanches, the other one a troop transportation.

This is the first Wallpapers. A Douglas dc 3 on Dien Bien Phu landing.

realy nice mod but can you create some ww2 french thing from the european or african front like uniforms,tanks and cars

Hope this is still on going, it be a shame if it wasn't

Hope you guys are continuing work, this is one of the mods I'm following closest right now

Wish you all the best with this mod, I'm very interested and anxiously waiting.

Oh my goodness, I can't tell you how long I've wanted an Indochina war mod, but I would never guess someone would actually make it

Yes! Terrific!
I've been waiting for something like this for quite some time now and i really look forward to it being released! Tracking.

Hi we are in arma3.fr forum. I will try to go to BI forum for help if needed. Thanks for interest ;)