Play the second World War battles, from the perspective of the small nations. Meet the history. This mod was made to represent the unworthly forgotten battles and acts of the Royal Hungarian Army during World War II, and change the historical misunderstandings around it. Starting from the first moves, ( the decomposition of the former Kingdom of Yugoslavia ) till the end of the war, the mod tries to present the military acts of the Hungarian army as realistic as the game engine allowes. The mod contains the whole arsenal of weapons, that was used by Hungary during the years of war, representing its variation. Large selection of minor nation's units are also included, like: Yugoslavia, Romania and Slovakia, so HRA gives a good soil for further chapters and/or campaigns of theese nations. German, Italian and Soviet units can be found in huge numers as well. 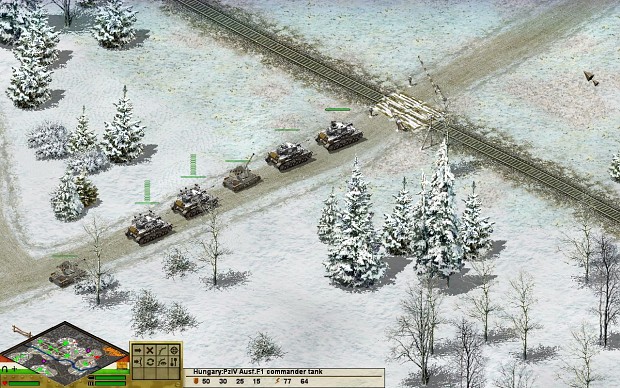