The Victoria 2 Historical Project Mod is an attempt to improve the game Victoria 2: A Heart of Darkness without changing the base game experience too much. Built using parts of the mods NNM and PDM as a base, the main aim is to improve the historicity of the game, including countries, map and pops and to add more historical flavor to the game, while taking into account the plausible historical outcomes and the mod performance. The first release includes a vastly improved country composition and a complete rework of the global slave population. Most countries now have slavery and slaves and the historical number of slaves, as well as their pop composition and religion, was used when available. Future releases plans are to include a serf pop type and reforms to represent it, other meaningful reforms for the time era, dynamic soundtrack for countries/governments/regions and a 1816 (or 1815) start date.

Not much of a hotfix as much as a minor patch. Changes state borders and fixes minor things. A lot of the work was done by @thiagodesacosta and especially @Libeccio-DD so kudos them. Thanks to @nappys-legacy script lot of the duplicate localization was removed - not a big difference for the player, but it helps to keep the mod tidy. You should check out his Napoleon's Legacy mod for the finest alt-history mod out there. The one big bug I managed to squash and that existed from vanilla is the one that made slave countries randomly lose slave states upon release, so that's a big thing. Next release will likely take much longer. Checksum for the Steam version is: PJXW. Full changelog below! 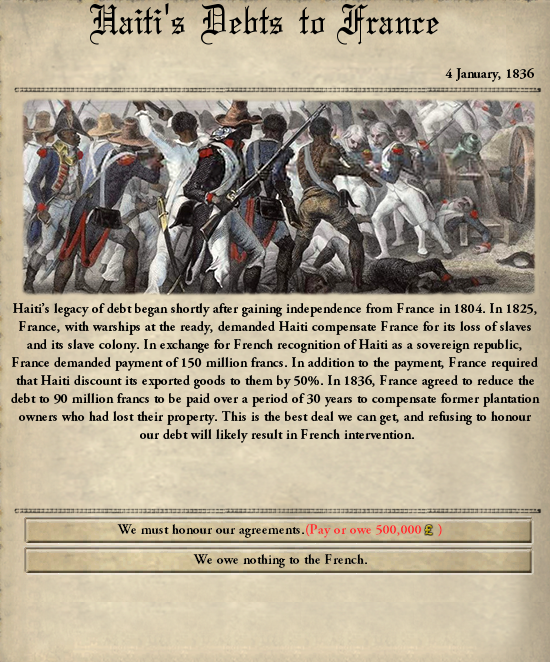 Hey, i got some trouble with Belts and Braces event, when i pass my cursor over the unique choice it quit the game...
I don't know if it this HPM related or bc of the base game, but i can not debug it...

is it just me or the game runs much slower now?

Hey could u pls take a look at ICEN PUIR(https://github.com/icendoan/PUIR)
it's a mod that has added a "request grant decision" that allows victoria multiplayer players to pay one another. I think this would be really useful for multiplayer with this mod, as in my opinion this mod (HPM) is far superior and would only be made better with a similar feature (maybe without the prestige loss). This would be useful to pay other great powers to join your war, or influence another country, or release a vassal, etc.Thx!! OFC don't wanna overburden just thought it might be a cool addition to consider.

Hi could someone please help me with this mod?

I used to play vicky 2 several years ago and now I am getting back, but it is the first time I am trying to use a mod.

I downloaded the file, unzip it and then install it here: C:\Program Files (x86)\Steam\steamapps\common\Victoria 2\mod\HPM.

I run in to two problems, if we could call them that. One was that it continued telling me while I was moving the HPM to the mod file that there was an error with a file. So I skip that. Then it told me that some file names were repeated and if I wanted to replace them, I said yes.

The download was done and when I open the game the mod HPM doesnt appear.

There is a file which is in the mod or some of them that must have the same name as the mod, and it should be outside of the file, it's "archive mod" or something like that.

Have you considered making an observer mode (akin to other, more recent PDX games) for this mod? There isn't a way to have a truly hands-off game that doesn't have any effect on the world and I know many would be interested in this. Great work though! I have always enjoyed this mod.

That is more mechanic based for the game. Most would recommend just doing a nation that absolutely useless - like haiti or something else.

So uh... how do you install these mods again?

Donwload the mod, unzip using whatever you have (7-zip, Winrar, etc), open the folder it extracted. Click on the mod file and the folder (both should be called HPM) and cut or copy the files. Then head to the mod directory and paste the files.

I am not the mod developer, contact the developer for help

Did you previously have Victoria 2 downloaded in your C: drive and then move it to an external hard drive? I had this problem when I was trying to use HPM, but moving Vicky 2 back to my C: drive fixed it

It seems like Korea does not enact any westernization reforms in some situations on presents version. That prevents Japan to annex Korea

As some above guys said, some uncivilized countries as well as Korea do not enact any westernization reforms on unknown situations. On my opinion, restrictions for ai on military reforms are main cause. As 'ai = no' in 'common/issues.txt' file is changed to 'ai =yes', those problems are resolved

I have experienced Korea also remaining "uncivilized" in several single player games. (Ex. being in 1929 and Korea sits at 45% civilized.)
For your proposed fix, where is the location of the ai=yes?
Edit: Read your post too fast, I see you said common/issues.

Update: After implementing The_Reader's suggestion of changing every instance of ai = no to ai = yes I ran some tests by playing 9 games as Imperial Japan from start to 1900. It seemed to lower the instances of Korea not civilizing. (Korea successfully westernized in 4 of the 9 games played) I still encountered several situations in the other 5 games played where Korea caps their research points (28,000 I believe) and never spends them. Yet each game they get stuck at different levels of civilization such as 35%, 45%, and one time even at 95%.
One possible explanation for this bug may be Korea's status as a Puppet of Great Qing vs. when they get their independence early due to rebellion, event, or victorious Heavenly Kingdom. (the instance of Korea being stuck at 95% civilization was during the game where the Heavenly Kingdom won the war against Great Qing and dropped all of its puppets) I will play more games in order to see if the instances of the not-civilizing bug occur the same, less, or more often when Korea gets early independence from Great Qing. I will also try what another person suggested here and continue on into the 1900's and see if the ai begins to actively westernize.

Haiti paying debt to France? I can say that HPM is getting more and more accurate each version. But please fix this version.

The mod crashed on "Creating the world"....can,t someone help me?

I’m playing as the Netherlands and when the Boer event happens that spawns Natalia, the land goes to the British instead of me, even though I took british South Africa

Nice mod. But I'm struggling to form Germany as Prussia. I have invented the Nationalism & Imperialist tech and sphere every Noth German states + Denmark, I have won the war against Austria and take Bavaria, Baden, and Wurttemberg as my sphere. The problem is I can't even form the NGF, it says that my requirements for North German core still missing although the whole Central Europe is on my sphere. Do I have to wait until 1870s to even form the NGF or am I missing something?

Did you take alsace-lorraine from France ?

If Holstein and Schleswig are vassal of Denmark you can't form NGF.

I maked the same mistake.

How can I help with this mod?